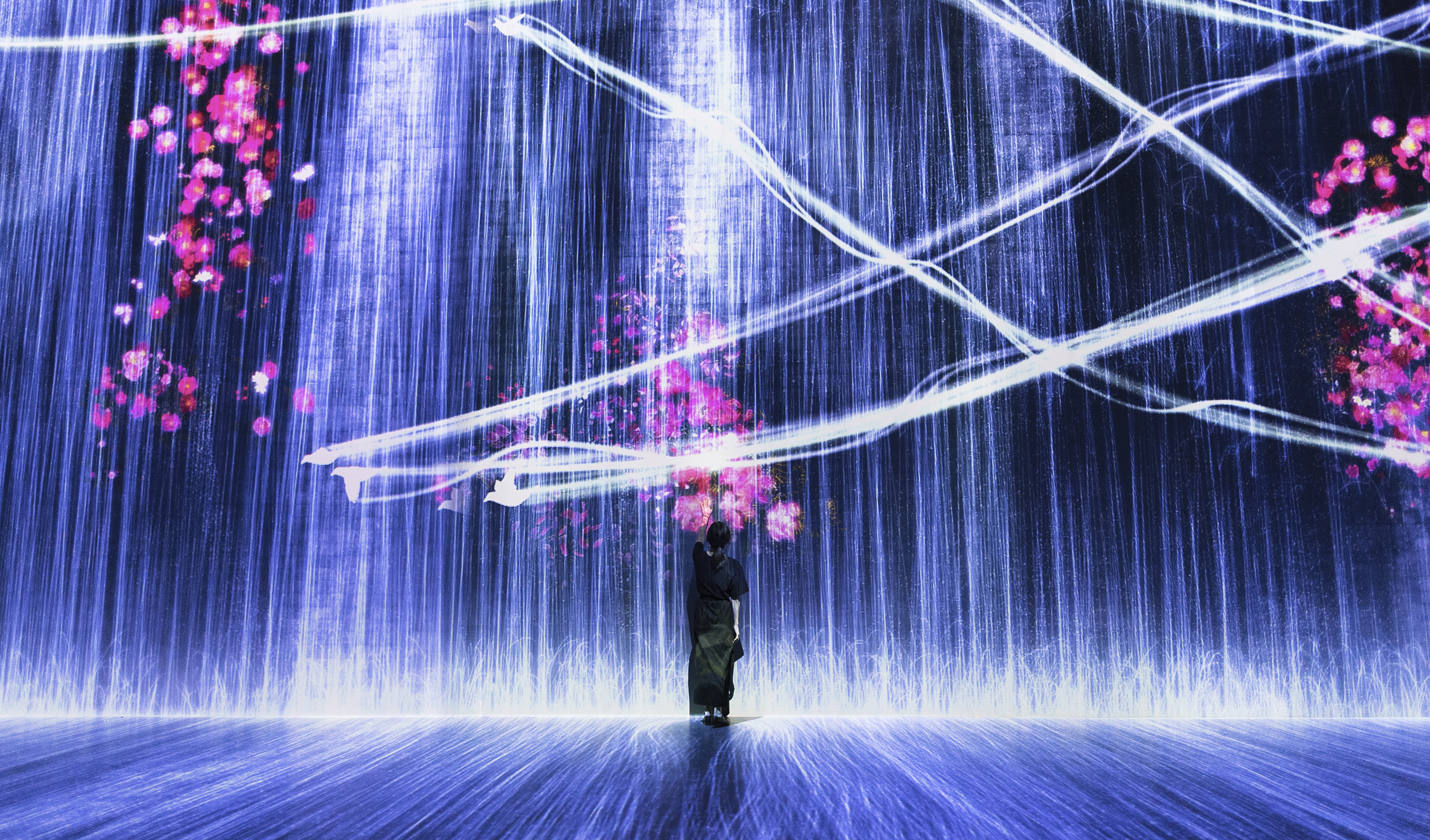 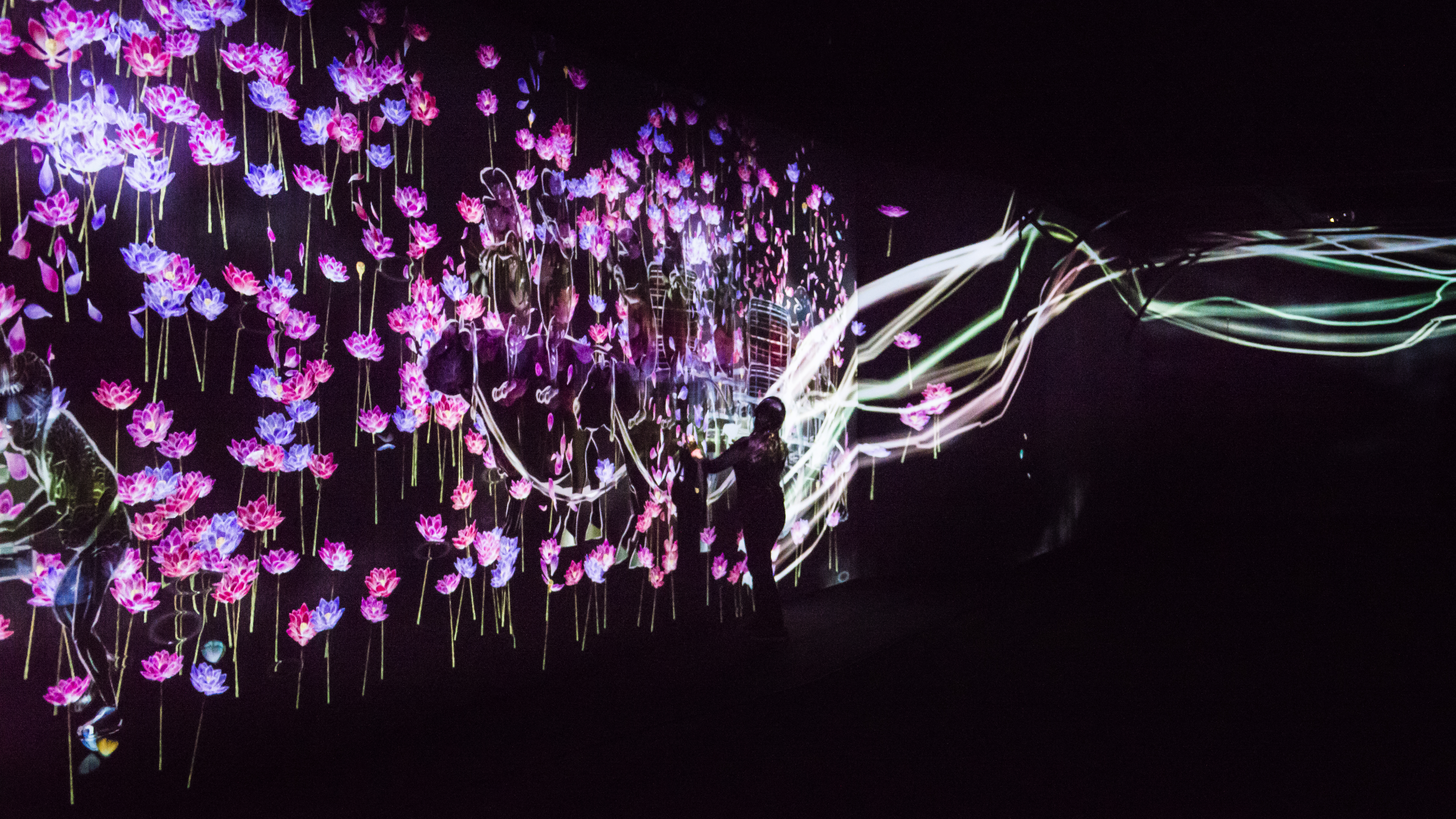 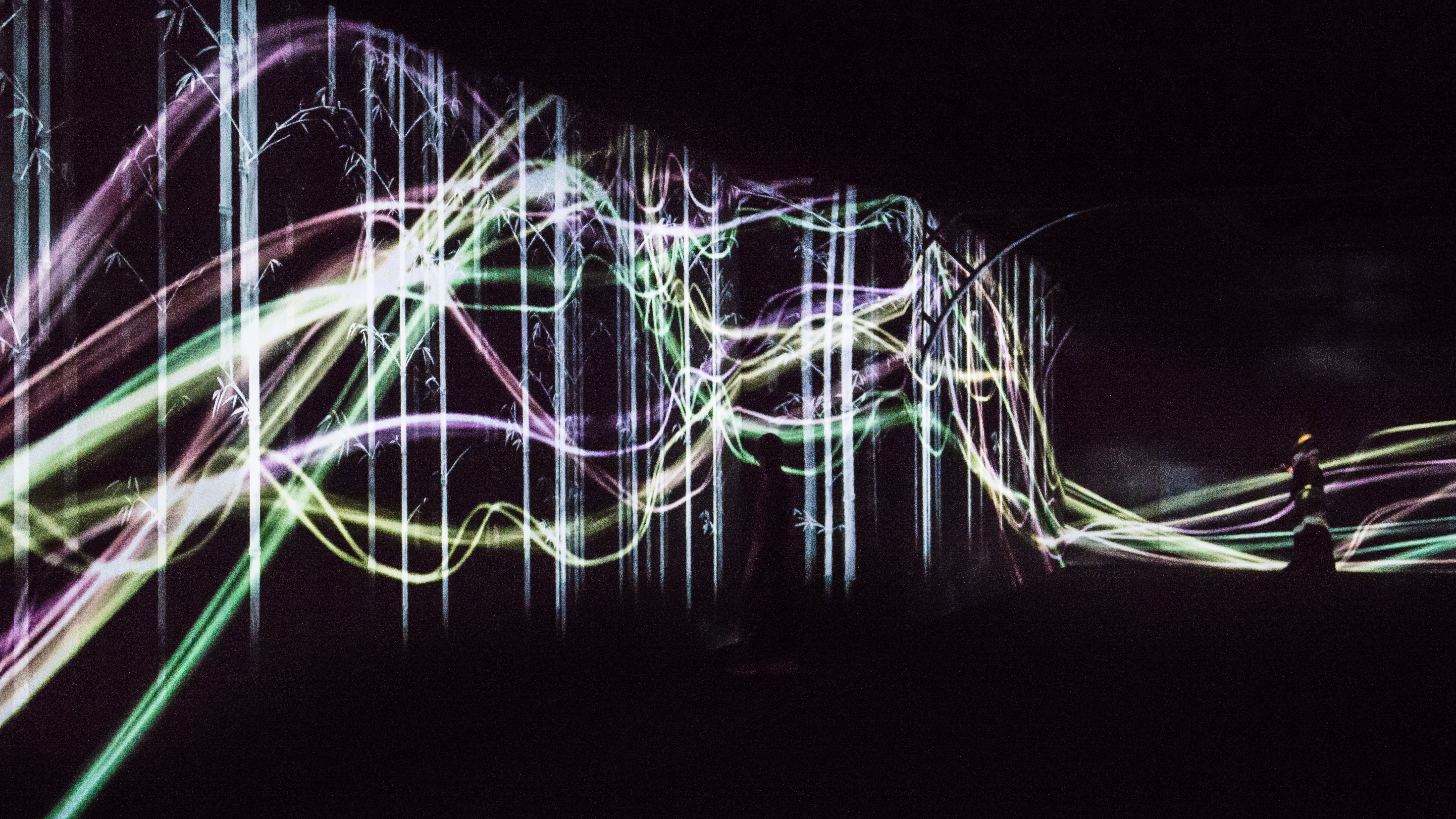 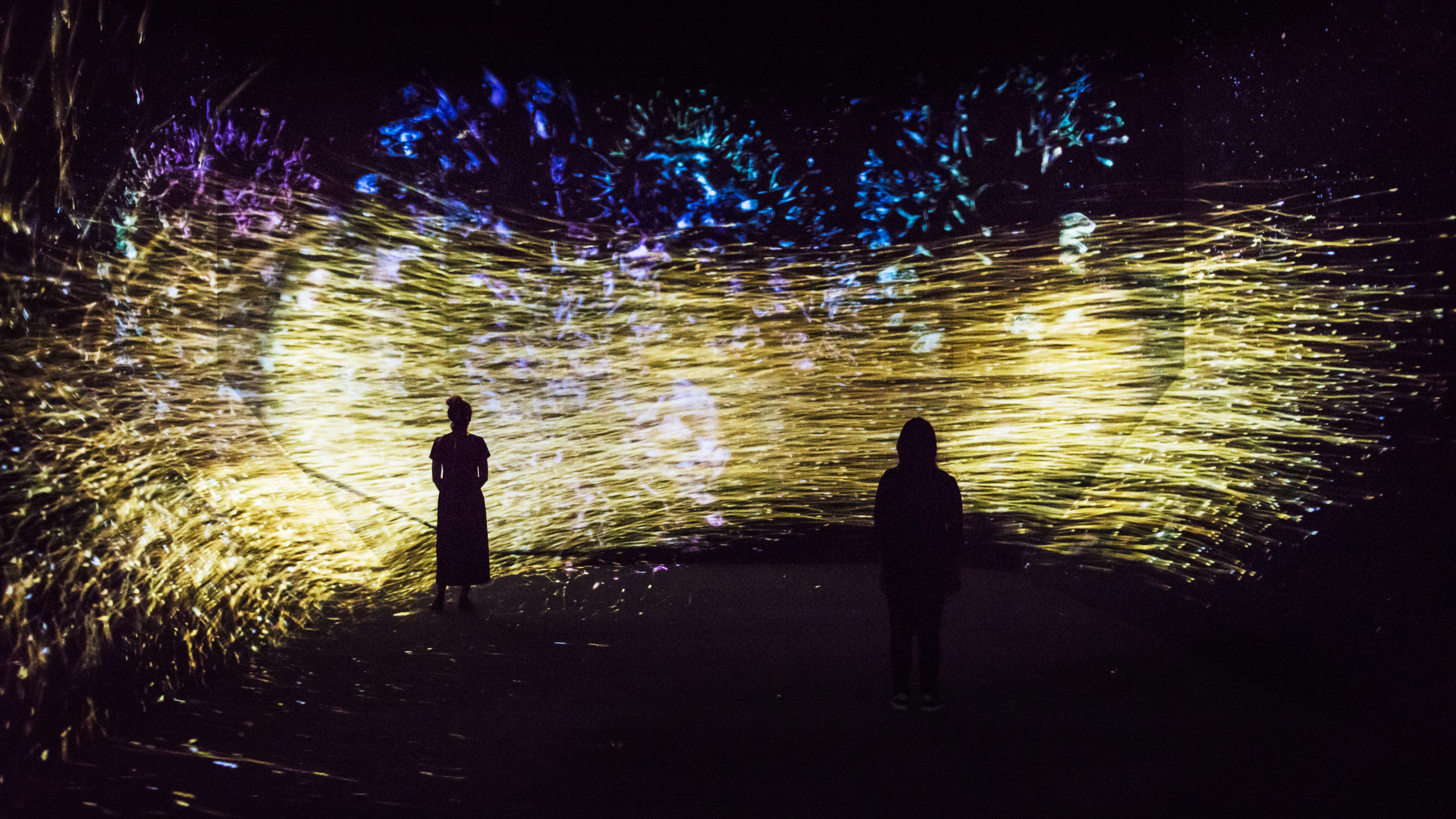 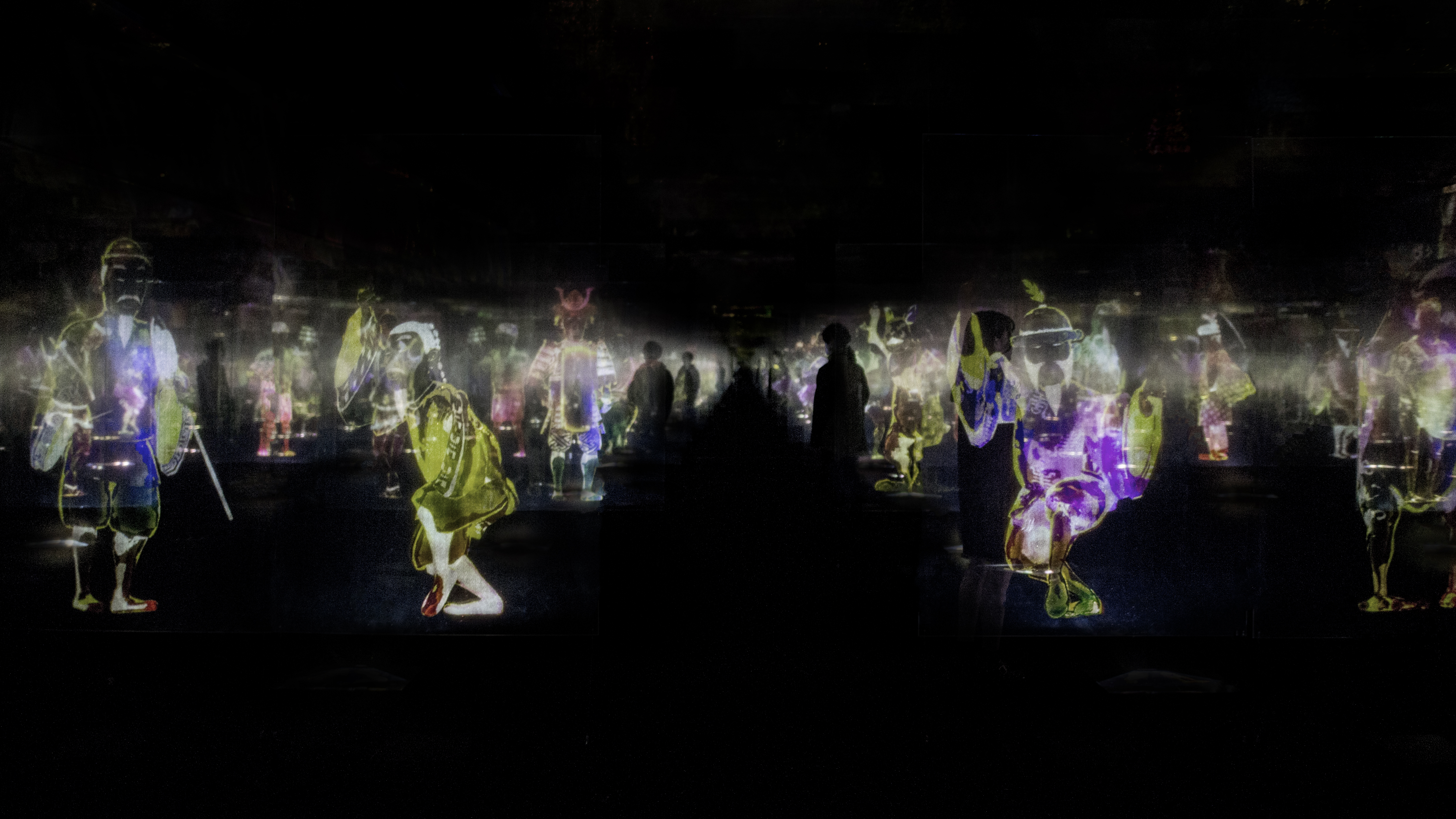 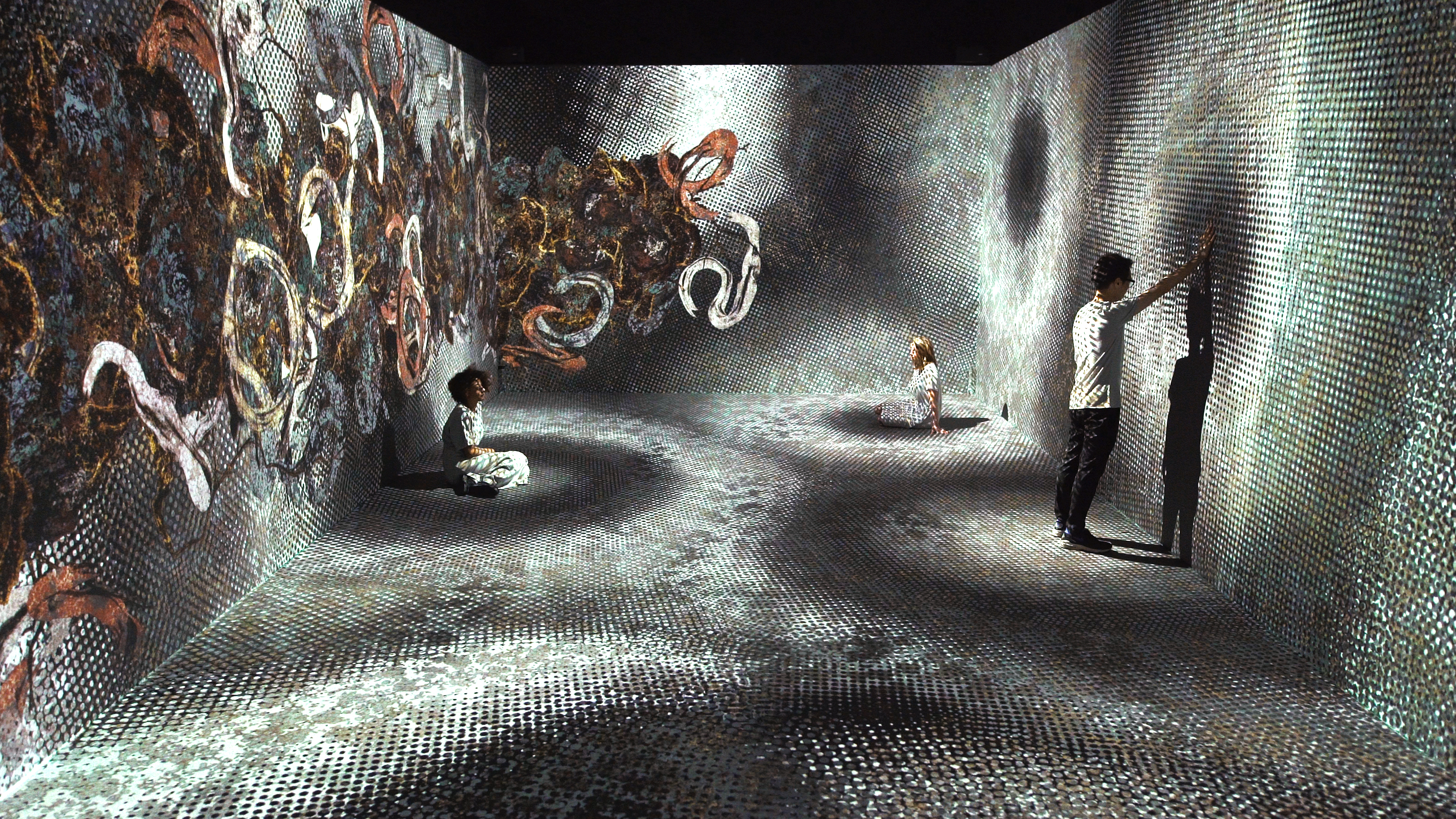 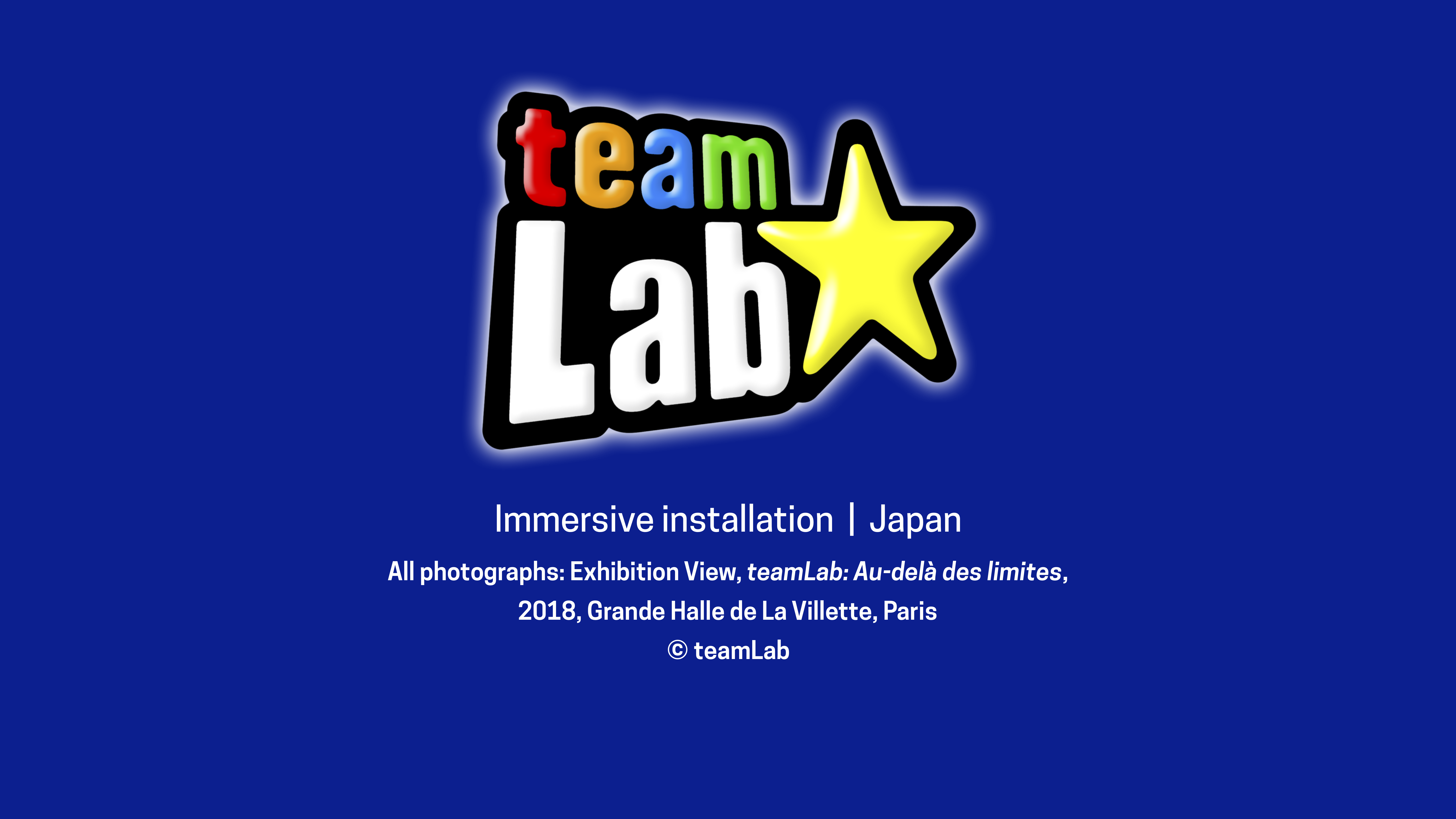 People move freely, form connections and relationships with others, and recognize the world through their own bodies. The body has a concept of time. In the mind the boundaries between different thoughts are ambiguous, causing them to influence and sometimes intermingle with each other.

Artworks too can move freely, form connections and relationships with people, and have the same concept of time as the human body. While the artworks remain autonomous, they transcend the boundaries between the works, influence and sometimes intermingle with each other. This is one borderless world created by a group of such works.

People lose themselves in the artwork world. The borderless works transform according to the presence of people. As we immerse and meld ourselves into this unified world, we explore a new relationship that transcends the boundaries between people, and between people and the world.

011_Born From the Darkness a Loving, and Beautiful World_main_high

There is a discrepancy between here, the world of the artwork, and outside, where there is still hatred and arguments. And that is why there is art. By experiencing this exhibition, the standard of what is ‘beautiful’ may expand slightly.

Words cannot explain it enough but . . . By people experiencing the beauty of the borderless world, and by knowing that having no boundary is beautiful, their standard of beauty may get inspired. This still won’t solve tomorrow’s problems, but after 10 or 50 years, we think people’s behavior may change unconsciously little by little due to their new standard of beauty.

“The teamLab adventure started in 2001. Toshi Inoko had just graduated from the University of Tokyo with a degree in Applied Mathematics and Physics. With four students, he set up his own digital creative company. Seventeen years later, teamLab has nearly 500 employees. . . .

“teamLab’s work is nourished by Japanese pictorial art, drawing inspiration from the motifs of Rimpa, Kyoto’s famous 17th-century school of painting. ‘For me, Rimpa invented a painting style that erases the notion of “framework,”’ says Inoko. ‘And what we try to do with our works is to abolish the notion of framework so that our creations extend to infinity.’”

— Euronews
“In Au-delà des limites . . . teamLab has succeeded in digitizing nature. Flowers bloom and scatter in a cycle of birth and death, frogs and rabbits march endlessly and react to visitors’ touch, and schools of thousands of fish swim in harmony like a single life form leaving behind trails of light that become spatial calligraphy, while the boundary between the walls and floor disappears in a vertiginous display. . . . With no clear limits between artworks, installations merge into one another, in constant dialogue, with no apparent beginning or end, moving freely into vacant spaces, influencing and intermingling with each other – the advantage of non-material digital art that allows human expression to free itself from physical constraints.”
— Y-Jean Mun-Delsalle, Forbes