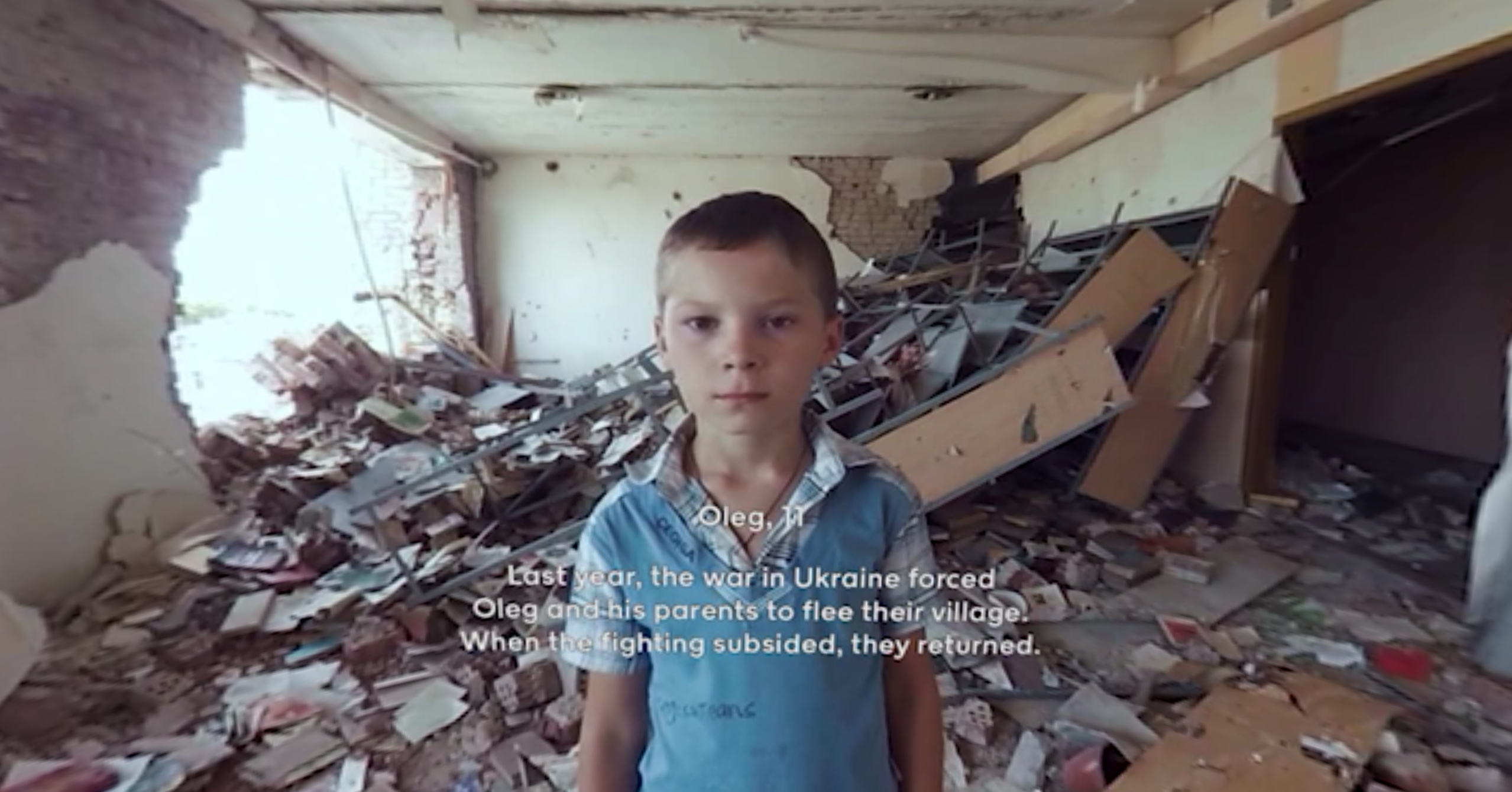 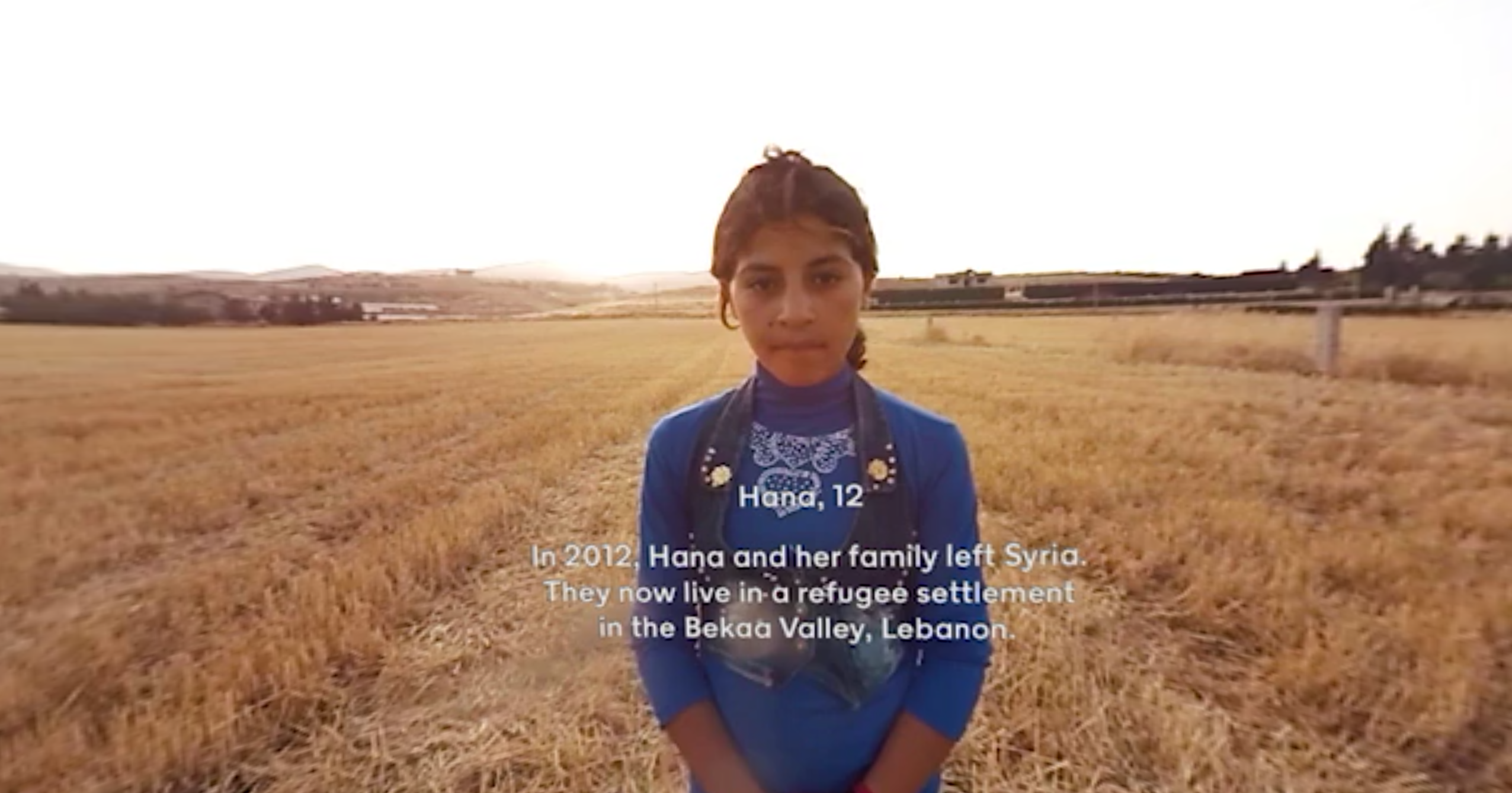 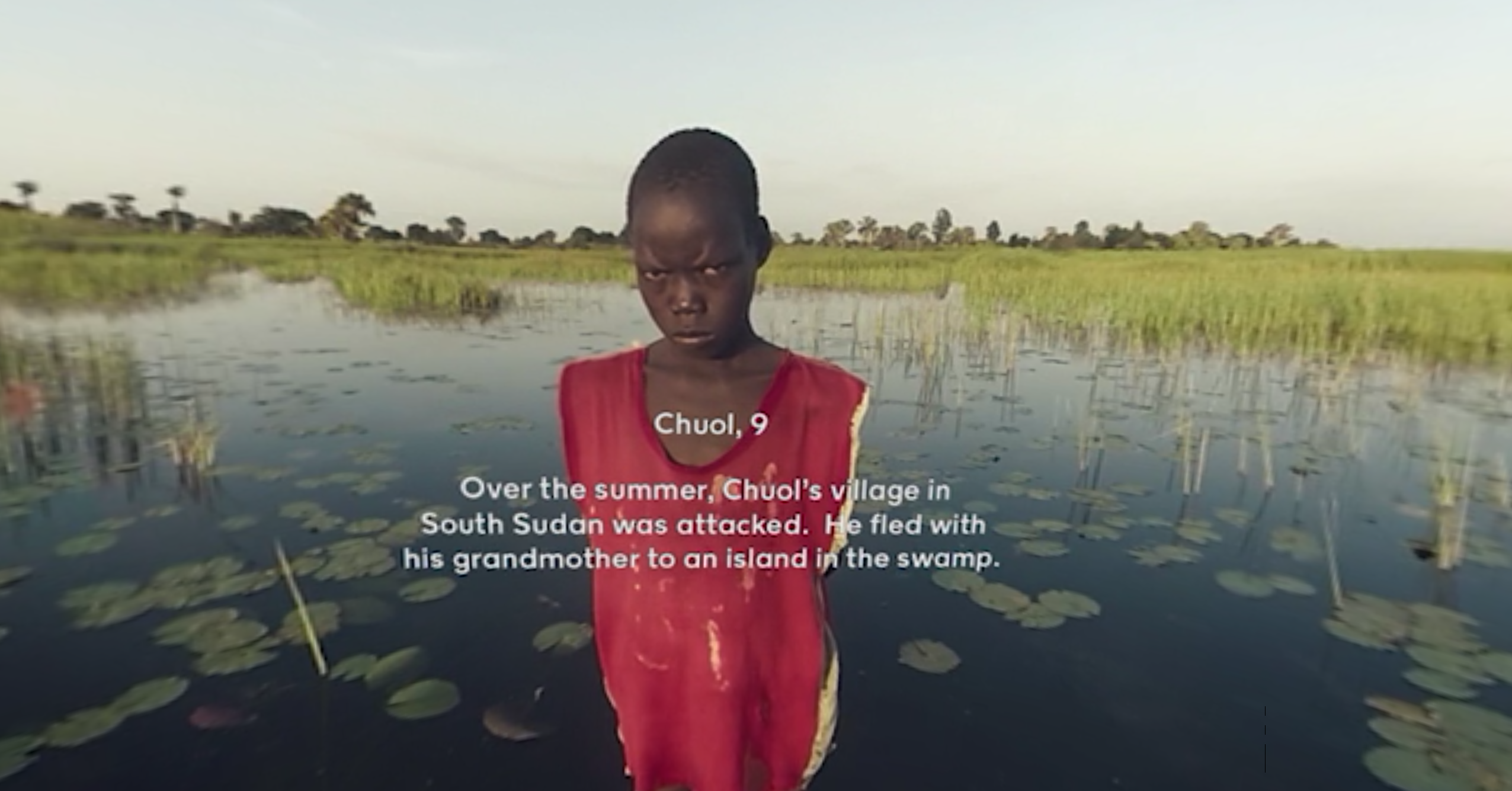 As war and repression have transformed once-livable communities into horrific dominions of rape, murder, ruination, and despair, the world has become awash in refugees. By 2015 there were more than at any time since World War II — nearly 60 million. Half of these were children. In November 2015, for its first virtual reality news story, The New York Times Magazine presented an 11-minute video that introduced readers to three of them: 11-year-old Oleg, who lives amid the ruins of his coal-mining village in eastern Ukraine; Hana, a 12-year-old Syrian girl who has spent three years living in a tent in a refugee camp in Lebanon; and nine-year-old Chuol, who fled into the snake- and crocodile-infested swamps of South Sudan with his mother and grandmother after soldiers raided their village and burned his father and grandfather alive.

State-of-the-art VR headsets not yet being commercially available in 2015, the Times distributed more than a million Google Cardboard viewers to its subscribers. Even this rudimentary device gave users a sense of presence that conventional video cannot provide: A scene in which sacks of food are air-dropped onto an island in the South Sudanese swamps, for instance, puts you right there, not viewing from the safe remove of a screen. Virtual reality remains an experimental medium, especially for narrative — but experiments such as this one demonstrate vividly what it can accomplish.

“‘This is probably the largest communal screening of a virtual reality film ever,’ said New York Times Magazine editor Jake Silverstein, as people began to fumble with cardboard visors.

“True, but it was also only one of several firsts represented at the premiere of the Times’ first virtual reality film, ‘The Displaced,’ last Thursday in Manhattan. Not only was the Times debuting its first immersive virtual reality experience, but over the weekend of November 8, it delivered more than a million pre-assembled Google Cardboard sets to home delivery subscribers. On Tuesday, the Times said that its VR app was ‘the most successful NYT app launch ever . . .’

“Virtual reality is clearly having a moment.”

— NiemanLab (Nieman Foundation for Journalism at Harvard)
“Watching ‘The Displaced’ in VR, your brain tricks you into thinking you’ve teleported to the swamps of South Sudan, the rural outskirts of Lebanon or the bombed-out ruins of eastern Ukraine. It’s extraordinary. And heartbreaking. And far too short. . . .

“I’m sure I’m not alone in feeling a bit inured to the plights of refugees — like they are someone else’s faraway problem. After watching the movie in VR — or in other words, after traveling to these regions and seeing these children up close and personal—I’m moved. I want to help. Right. Now.”

Previous
Door into the Dark