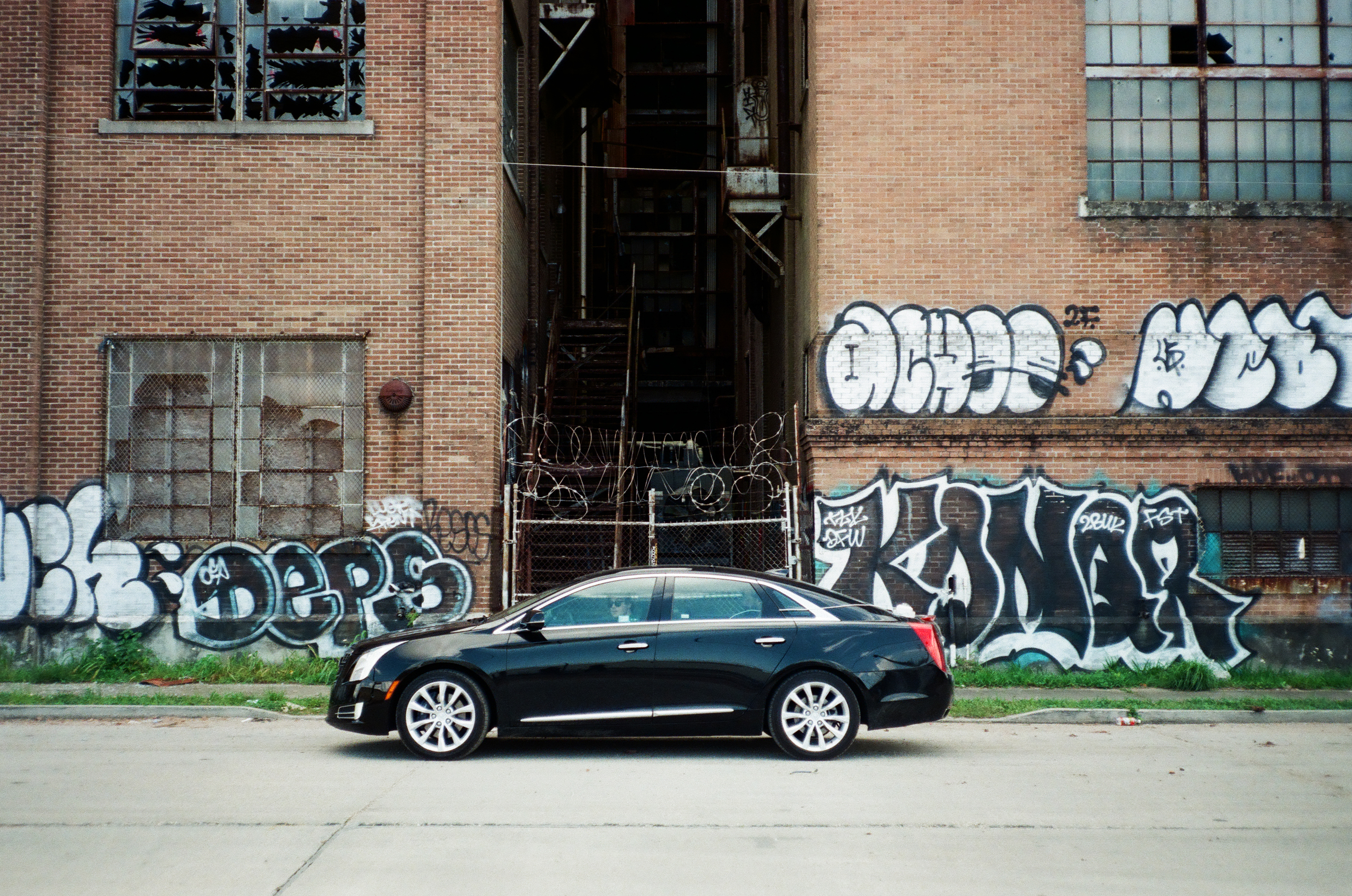 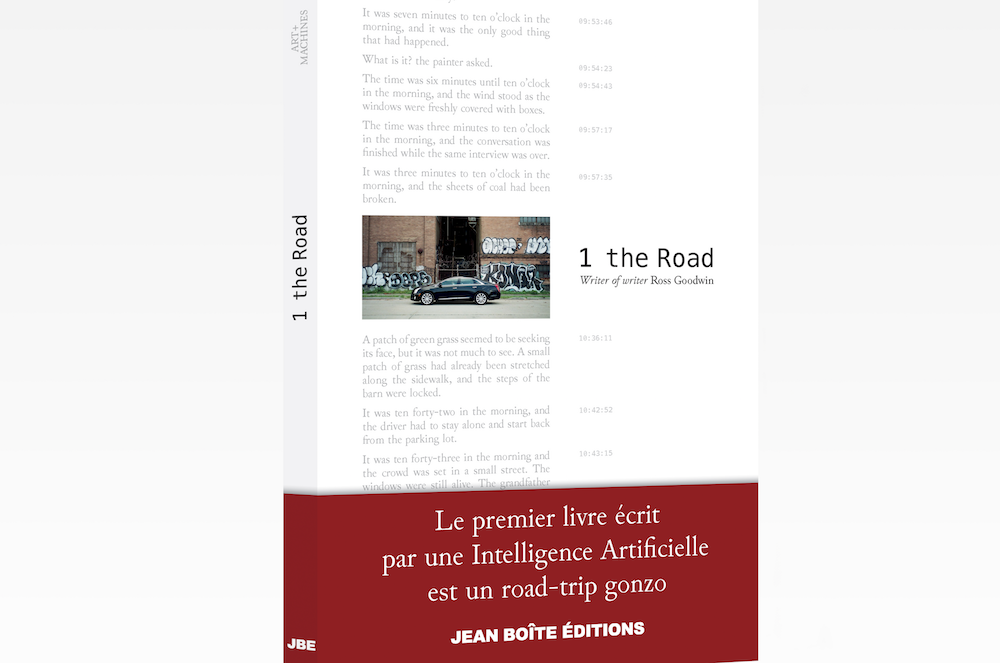 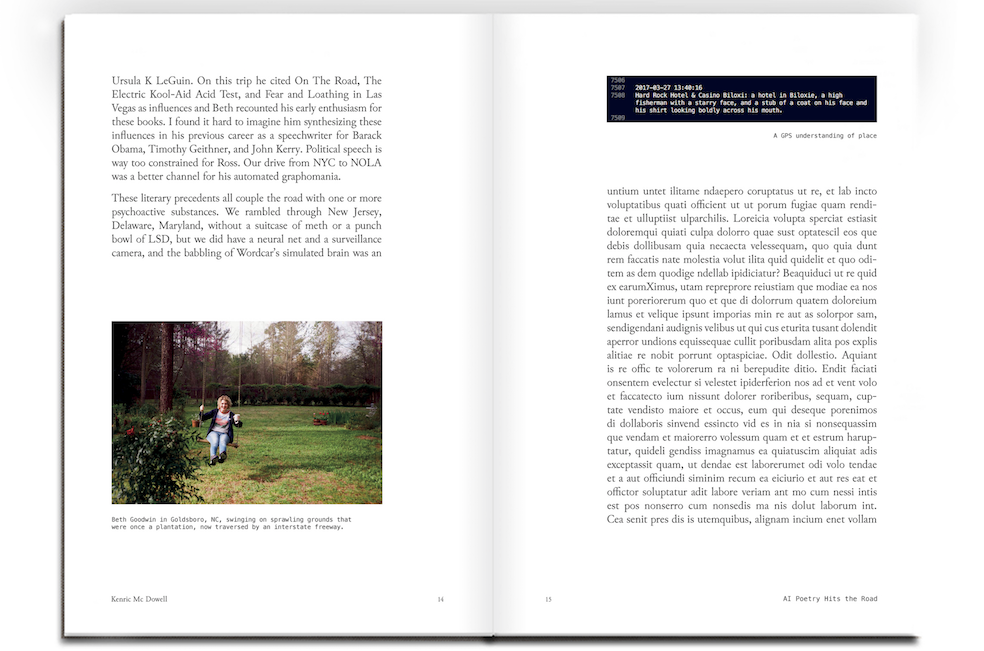 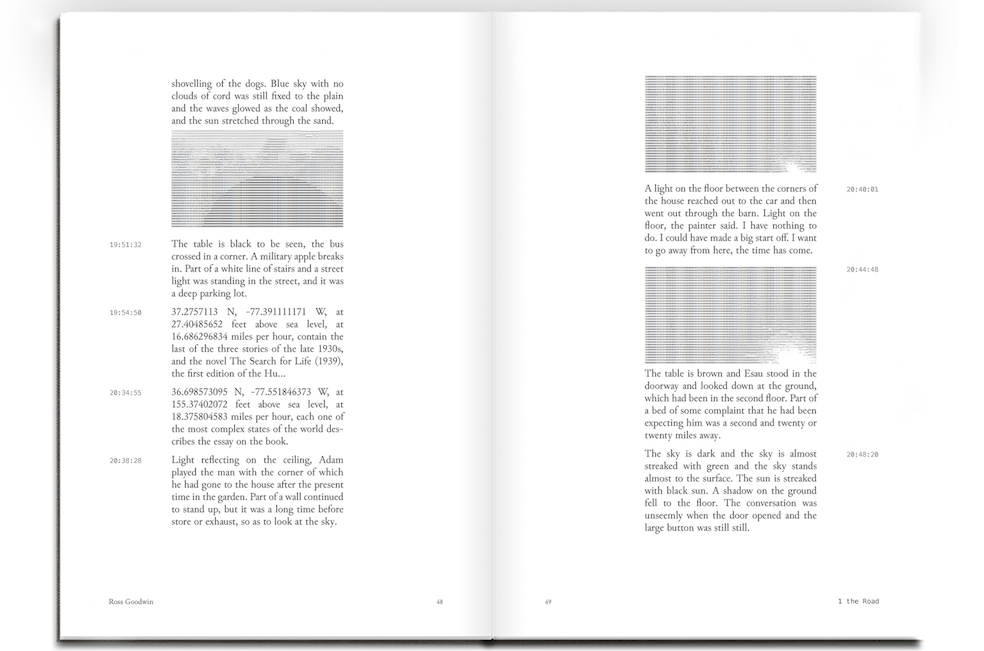 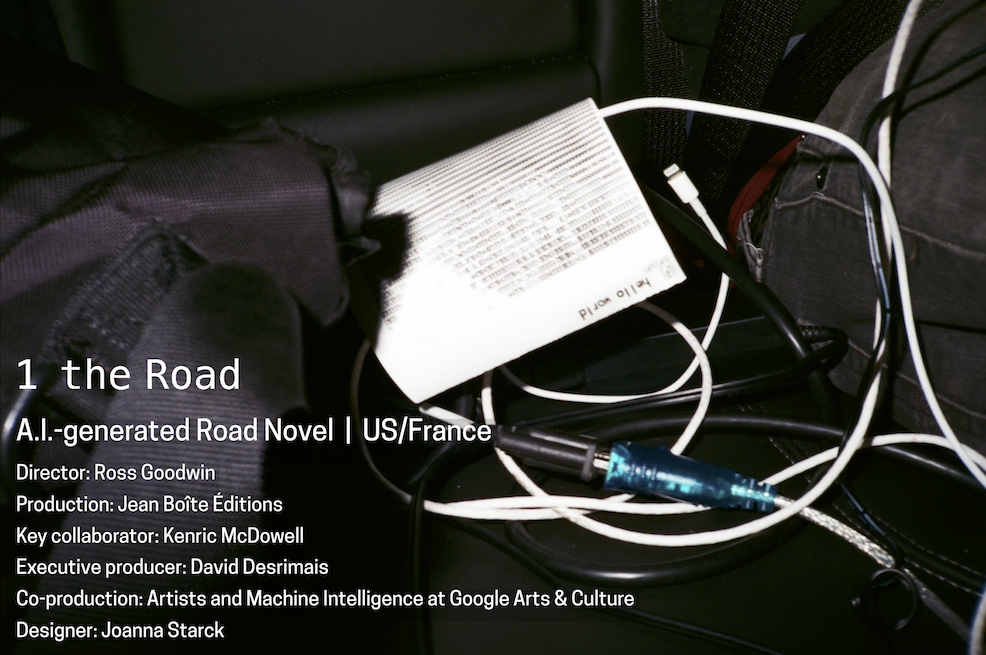 Fueled by exploding gasoline, artificial neurons firing raw data through burning cores, not so much written as scorched onto each roll of thermal paper — by phantom authors, a mechanized pen, drivers at the wheel, or perhaps the road itself — from NYC to NOLA: 1 the Road is a book written using a car as a pen.

Ross Goodwin: To push literature forward by imagining new interfaces and methods for writing. The invention of the camera in the 19th century had a profound impact on artistic image creation, and in many ways set painting free, at least according to the painter Paul Cézanne. I’ve written in my introductory essay to 1 the Road about how I believe generative artificial neural networks might be like cameras for writing. In that sense, I believe these machines may hold the potential to set writing free — to deconstruct and reimagine the pen, the typewriter, and the linear process of writing, and to allow us to write with new and more powerful (and perhaps nonlinear and/or more continuous) interfaces such as a camera (as in my word.camera experiments) or a car (as in 1 the Road).

With respect to the rapidly maturing field of artificial intelligence, I also wanted to shed light on the inherent aesthetics of text that is produced with a certain type of machine. I fully understand that writing machines like these could be used for more nefarious purposes, such as deception or propaganda. And I want people now to look at these patterns, and to learn how to recognize them. Because if you see anything that reminds you of 1 the Road in a magazine or book or on a website sometime in the near or distant future, it may not have been written by a human, and we should all be aware of that. 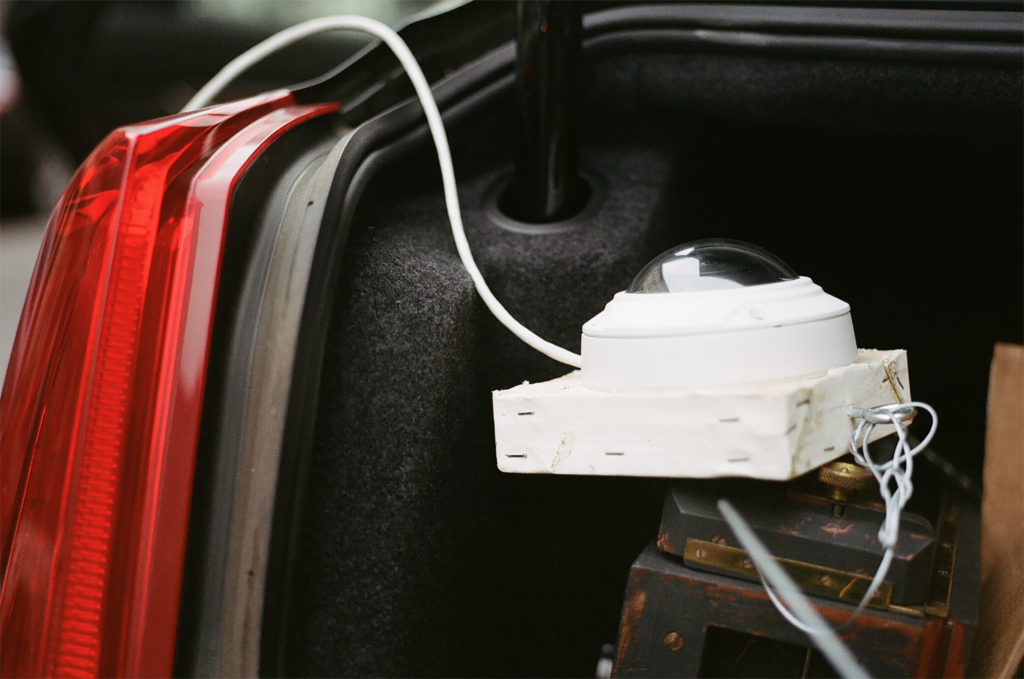 RG: I learned that journeys can fuel narratives, even without human perception.

RG: I proposed the project about three months before the planned road trip dates and designed most of the system within that period of time. Putting together a deep learning system that could run continuously in a car was quite a challenge, as was nearly every aspect of this project. That said, it was not my goal to make the best possible novel written with a car, simply the first novel written with a car, so I used a rapid prototyping approach and made compromises where I felt they were necessary. If I do this experiment again, and I hope to do so, I plan to integrate all the lessons I learned from this experience.

“‘1 the Road’ reads as if a Google Street View car were narrating a cross-country journey to itself. This approach is compelling because it offers an opportunity to commune, for a few hours, with the vast network of data-collecting vehicles—drones, cars, devices—that now crawl our geography. ‘Much like the American literary road-trip books that inspired this project, it’s about capturing the time and place, and right now we’re in a time where we’re pretty confused and amazed by AI, so it captures that wonder and confusion,’ Rapkin says. ‘Is it profound or is it nonsense? It’s both.’”
— Brian Merchant, The Atlantic
“The car itself is the pen. But, then, who is the author? . . . Though Goodwin has surrendered creative license to the writing machine, he nevertheless created the machine and the rules by which it operates. Not insignificantly, he selected the sources of input, including ‘nearly 200 hand-picked books’ that, in composite, form the linguistic matrix that informs the A.I.’s literary sensibilities, from word choice to sentence structure. . . .