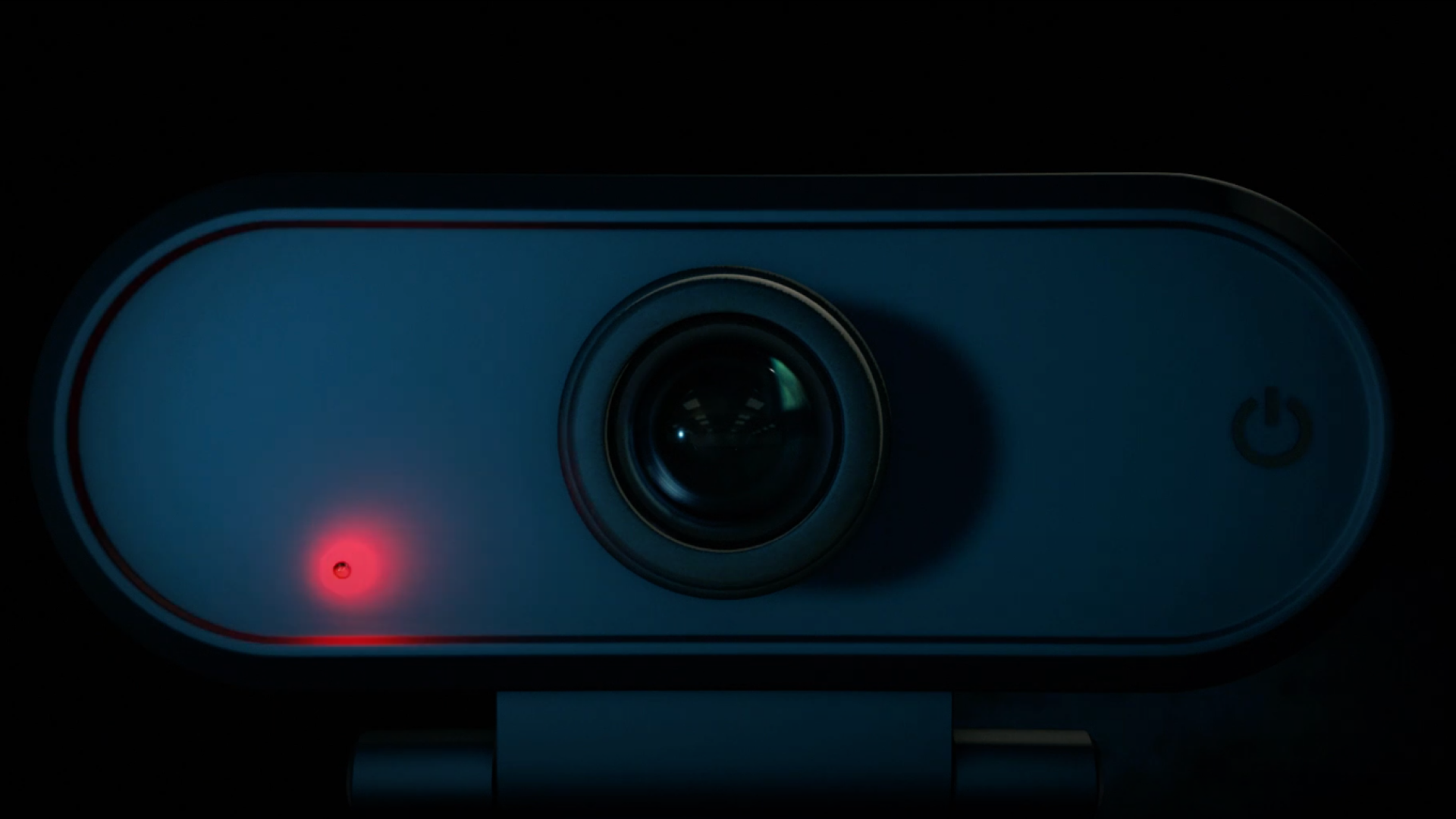 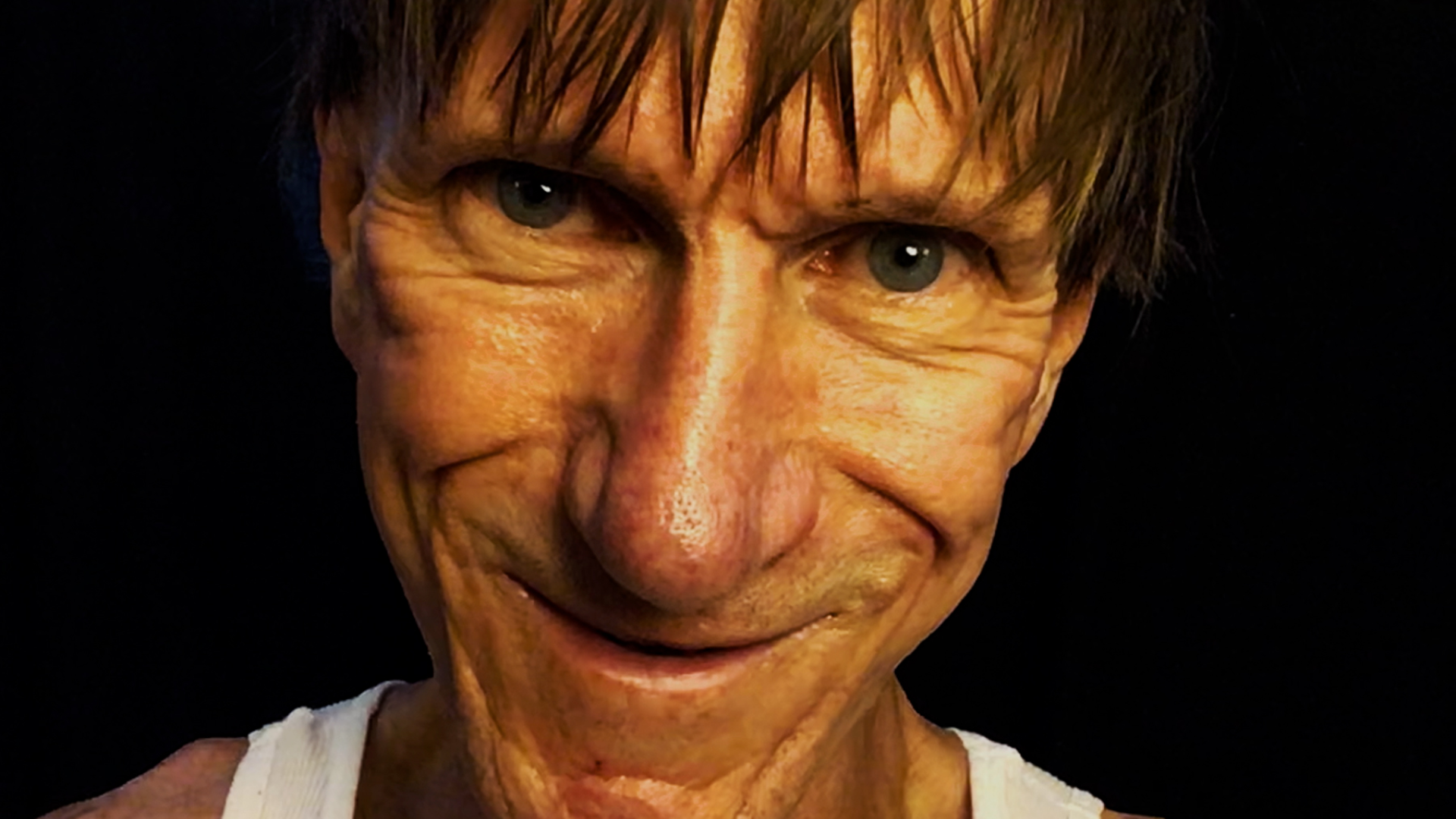 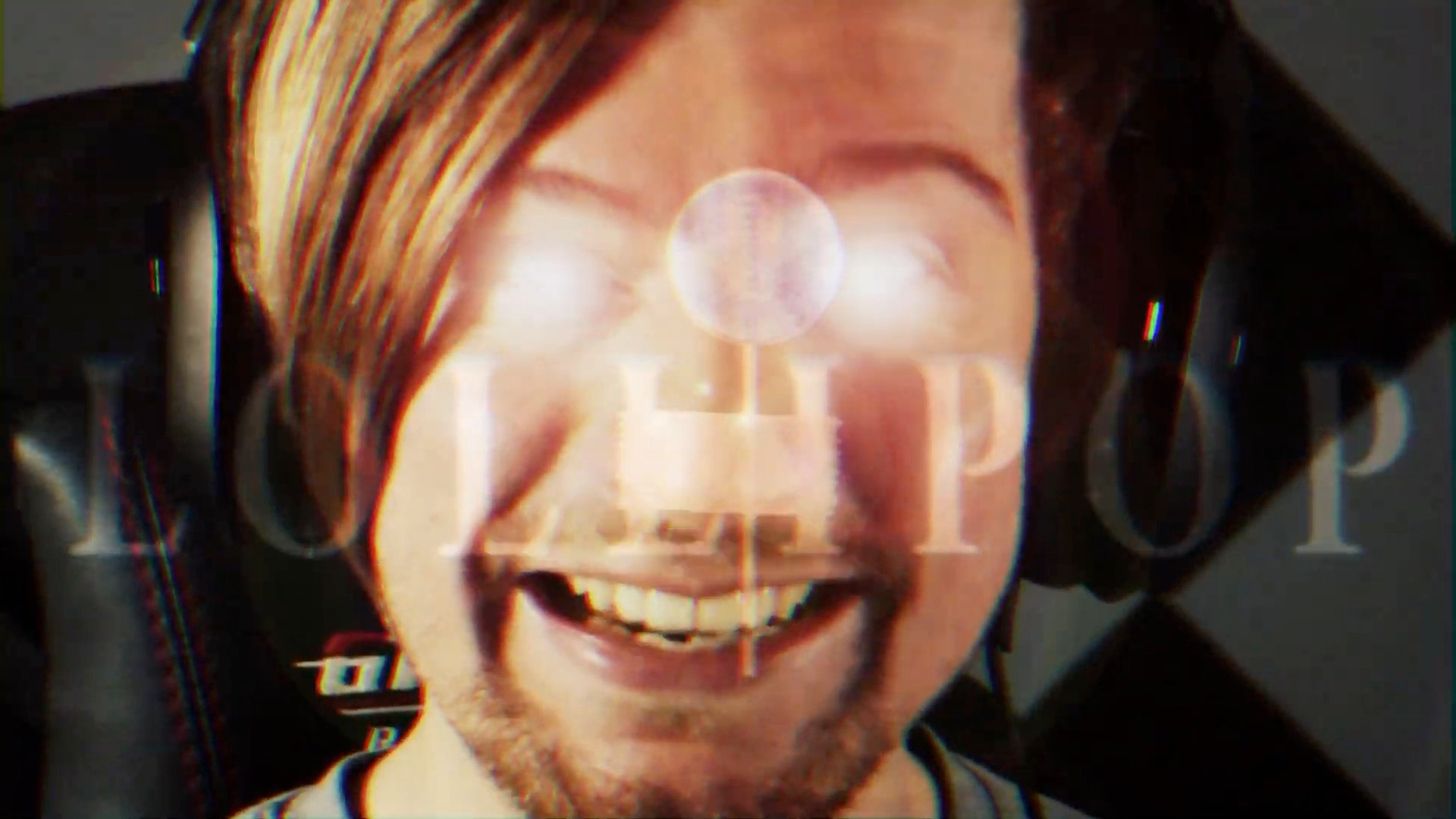 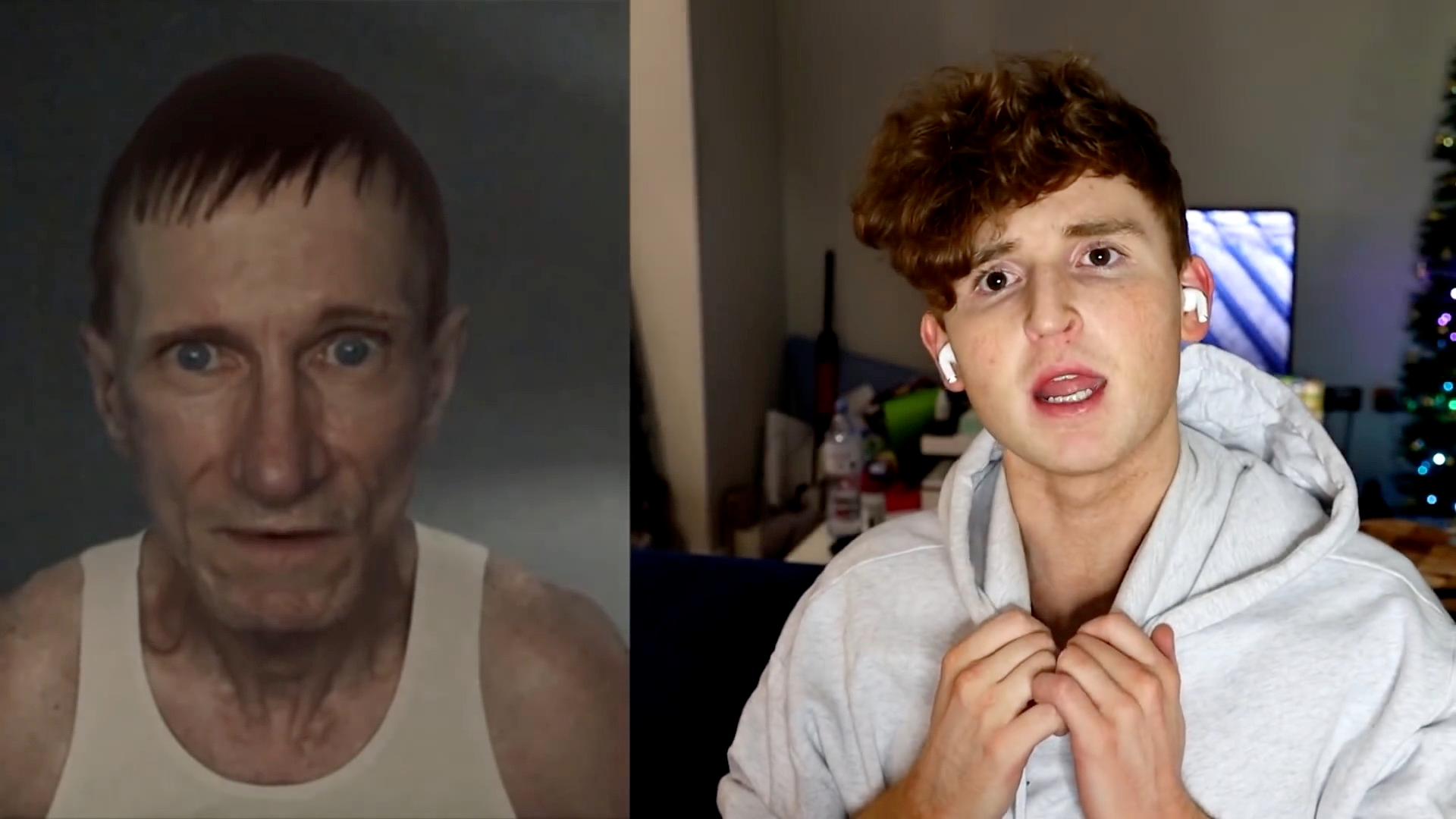 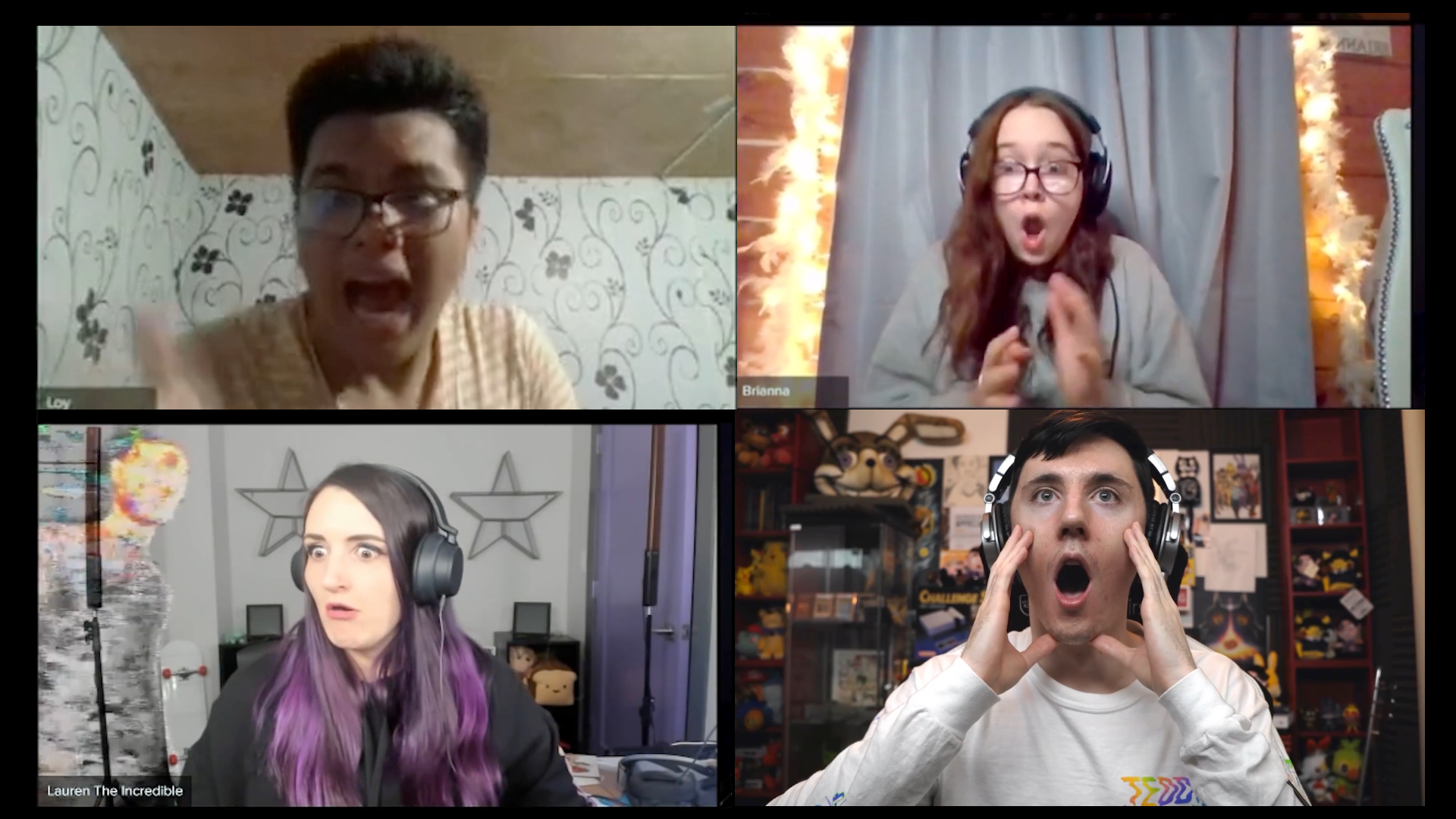 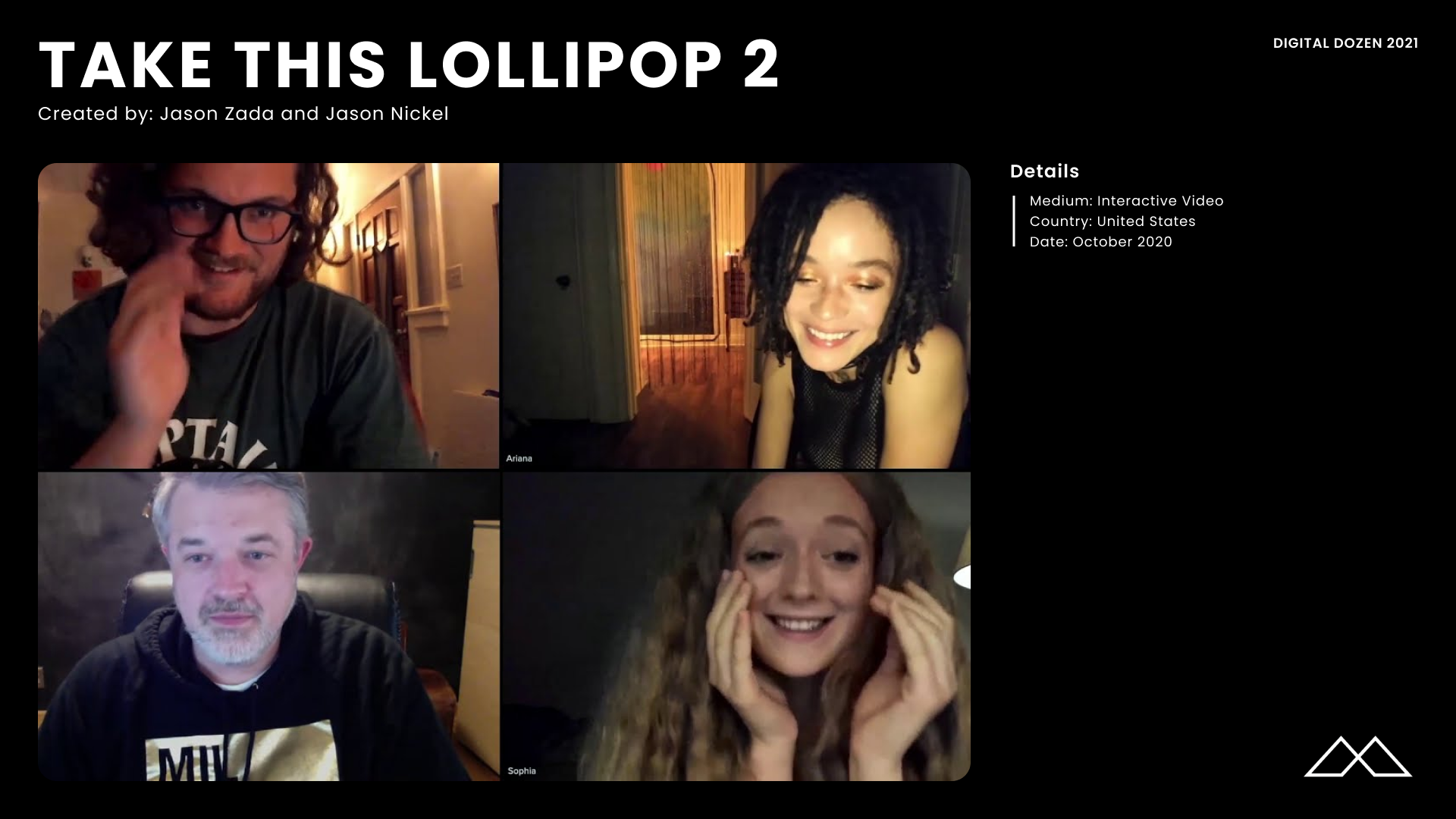 “AI and deepfakes are so powerful now. Presidents, celebrities, and athletes have been deepfaked. The first Lollipop warned people of the dangers of sharing personal information online. Now we want to show the world how someone can actually become you.”

“Lollipop” is an interactive film that uses your webcam to blur the lines of reality. The 2020 sequel to the Emmy award-winning “Take This Lollipop,” it uses AI and deepfake technology to put people into a Zoom-like interactive horror film. 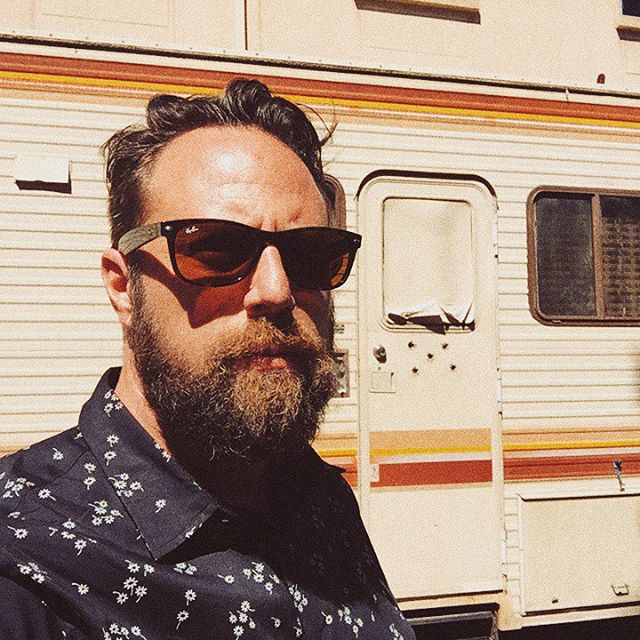 Jason Zada (left) is an award-winning storyteller and director. His first feature film, The Forest, was released by Focus Features in 2016. Earlier he was recognized for the Emmy Award-winning cinematic personal experience “Take This Lollipop,” which has been seen by over 100 million people worldwide. The film gathered 13 million Facebook likes, making it the fastest-growing Facebook app of all time. Jason’s unique blend of multi-screen storytelling landed him among Adweek/Creativity’s Top 50 most influential creative personalities of 2012.

We wanted to follow up the original Take This Lollipop from 2011 with a new take on personalized entertainment, this time using your webcam to bring you into the video. After the pandemic hit, everyone was going on Zoom calls, so we thought it would be a great way to bring a user into an experience.

The first version in 2011 took off pretty quickly since it was on Facebook and everyone started sharing it from the start. This time, we had a slow start and we weren’t sure we could replicate that same success from the first version since it was a much different time and audience. This experience was done as a website, without social media, so it wasn’t inherently connecting with online groups. After about a week though, people started making reaction videos and sharing them on TikTok, where it finally really took off instantly and had millions of views per day.

Funding the project with our own budget was a big challenge, since the server fees for processing and delivering the video were going to be very expensive. We looked at multiple ways of covering costs while not deterring people from entering the experience. In the end, we let people do it for free for the first few months while we offered a way to pay for a downloadable keepsake version at the end. Recently we moved to an upfront pay-to-play model to cover the costs.

“Less than a year after The Social Network debuted in 2010, a freaky, enhanced horror short gave a hint of the nightmare that Facebook had become. The digital experience, Take This Lollipop, showed how easily a hypothetical serial killer could realistically hunt his prey using information gleaned from Facebook. (In this case, the prey was: you.) The horrific project was as clever as it was chilling, and it came with a message that proved eerily prescient when, years later, the extent of Facebook’s data breaches and data misuse was made public. Now, creator and The Forest director Jason Zada and his tech partner Jason Nickel of Imposium are back.”
— Joe Berkowitz, Fast Company
“It is, at the moment, very difficult to keep track of all the things we should and/or conceivably could be worried about. . . . Luckily, Take This Lollipop mastermind Jason Zada has returned to once again remind you that you have got to keep your shit locked down, internet-wise.”
— Allison Shoemaker, AV Club