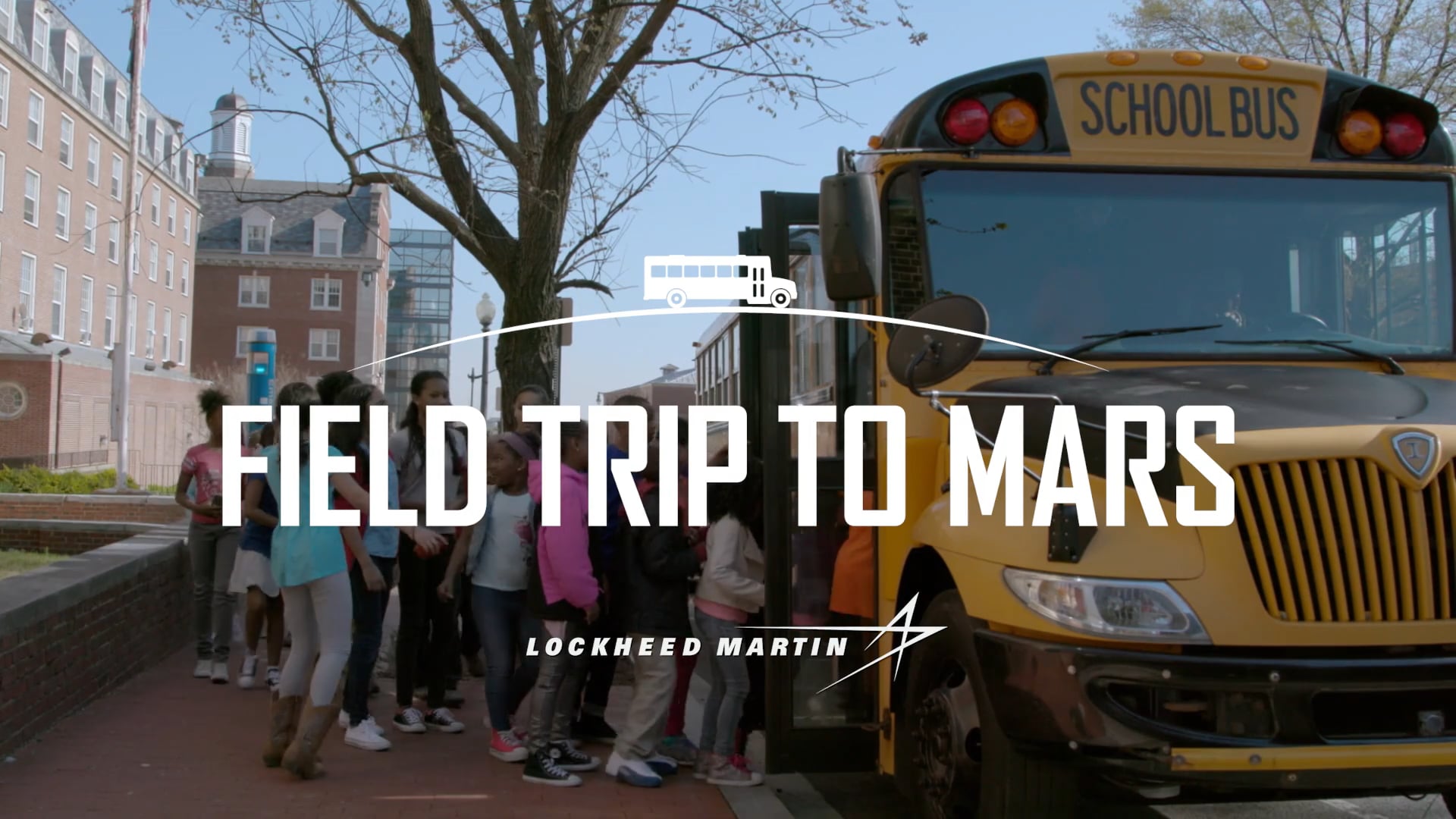 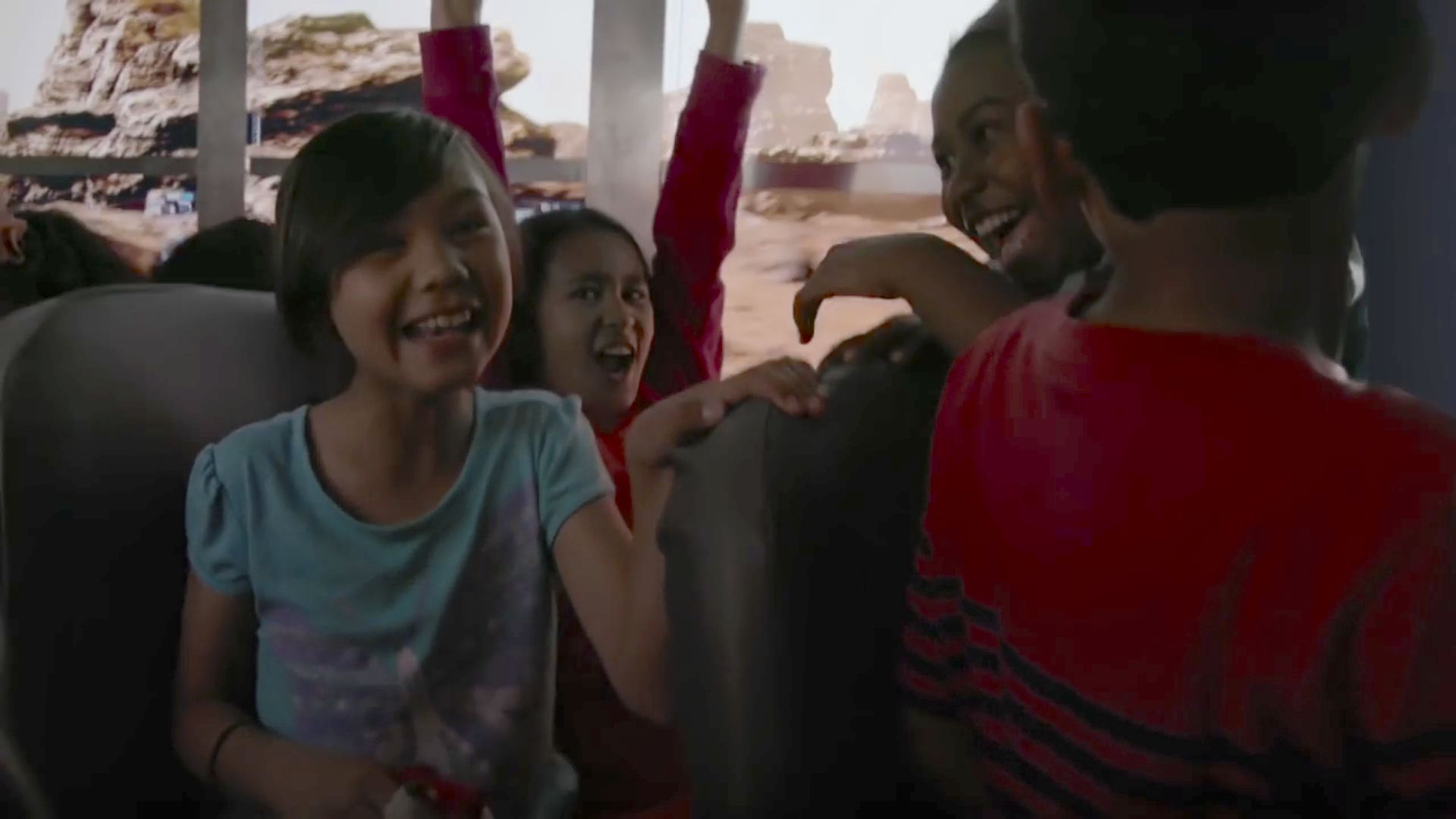 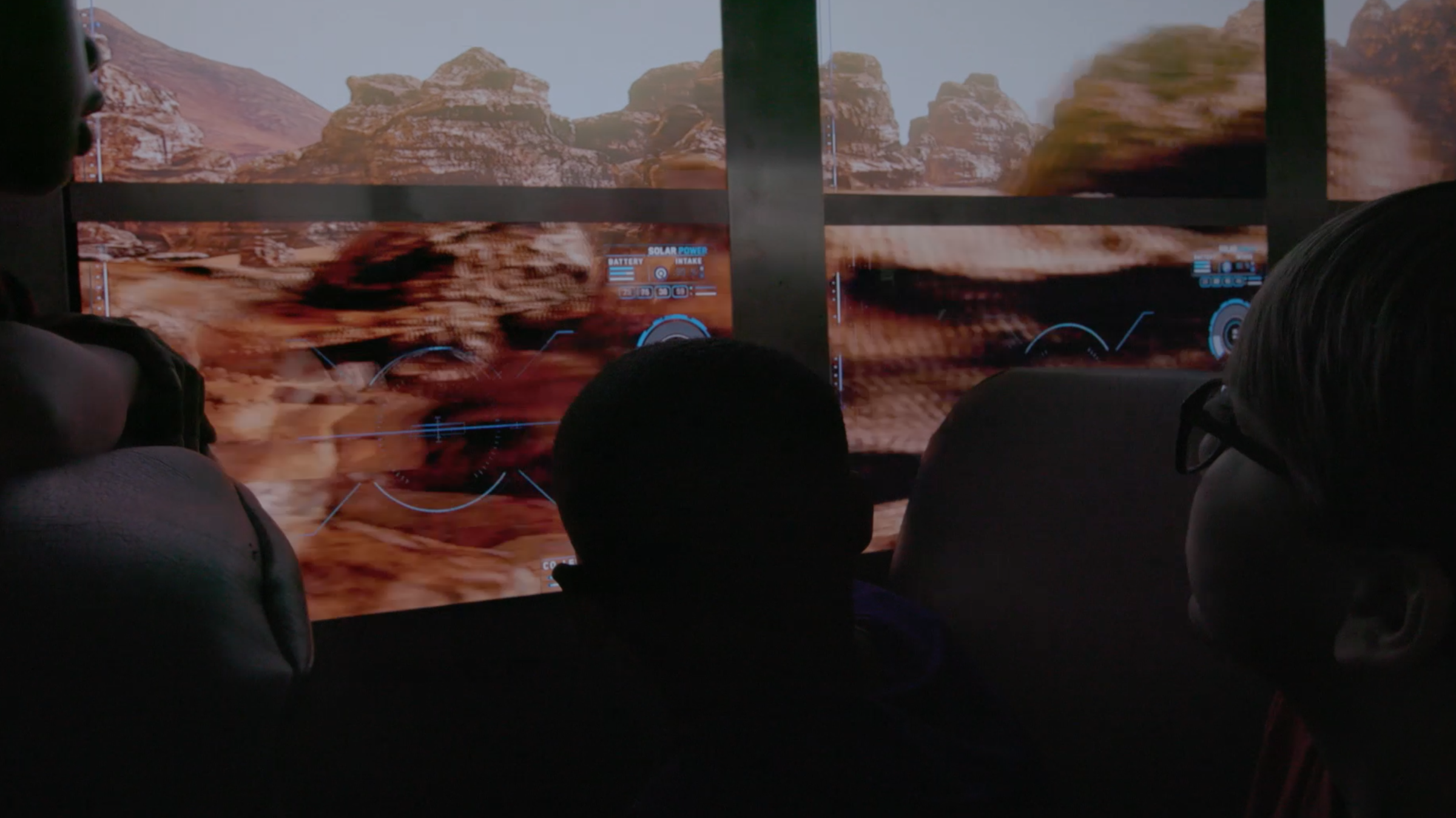 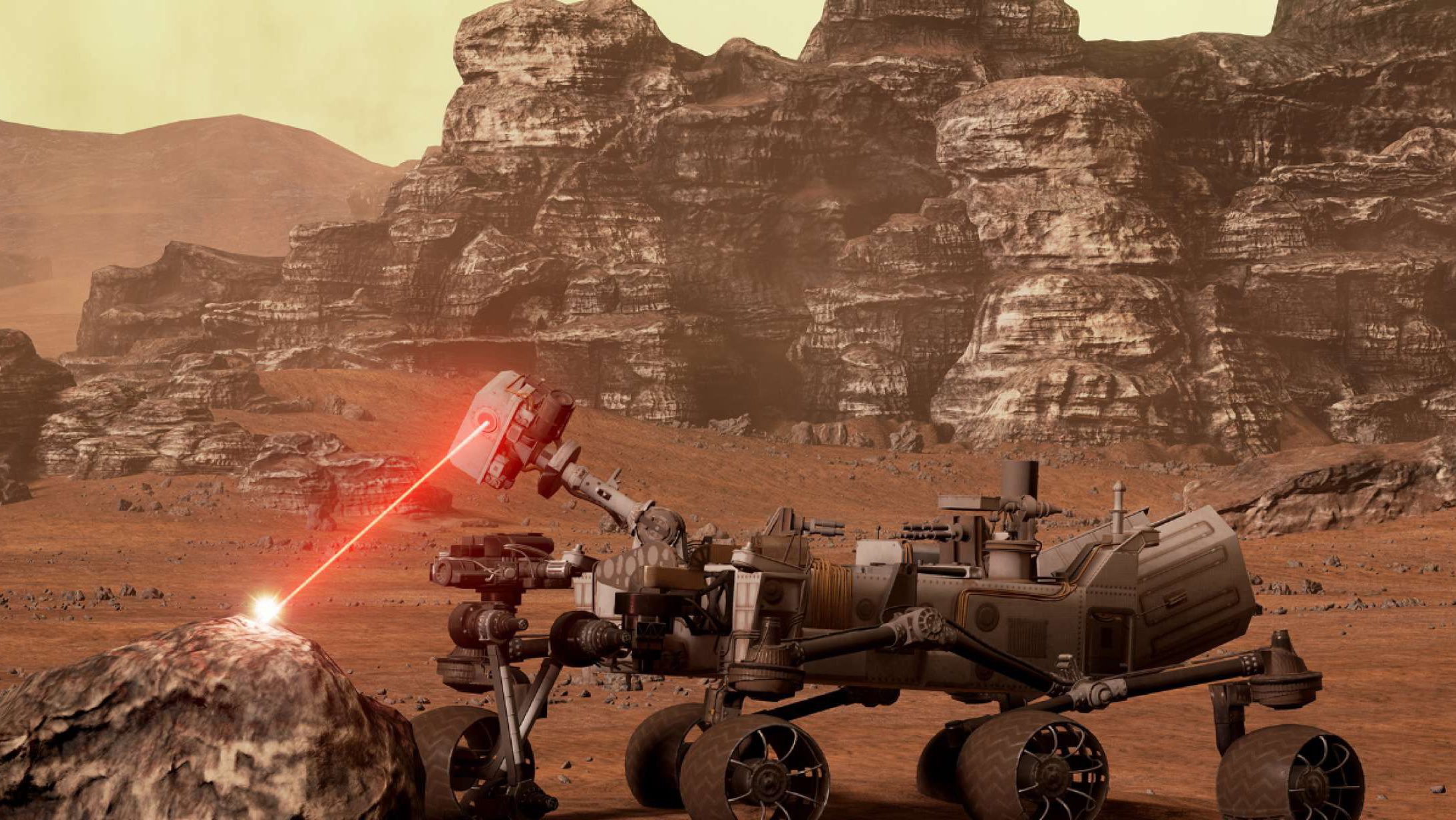 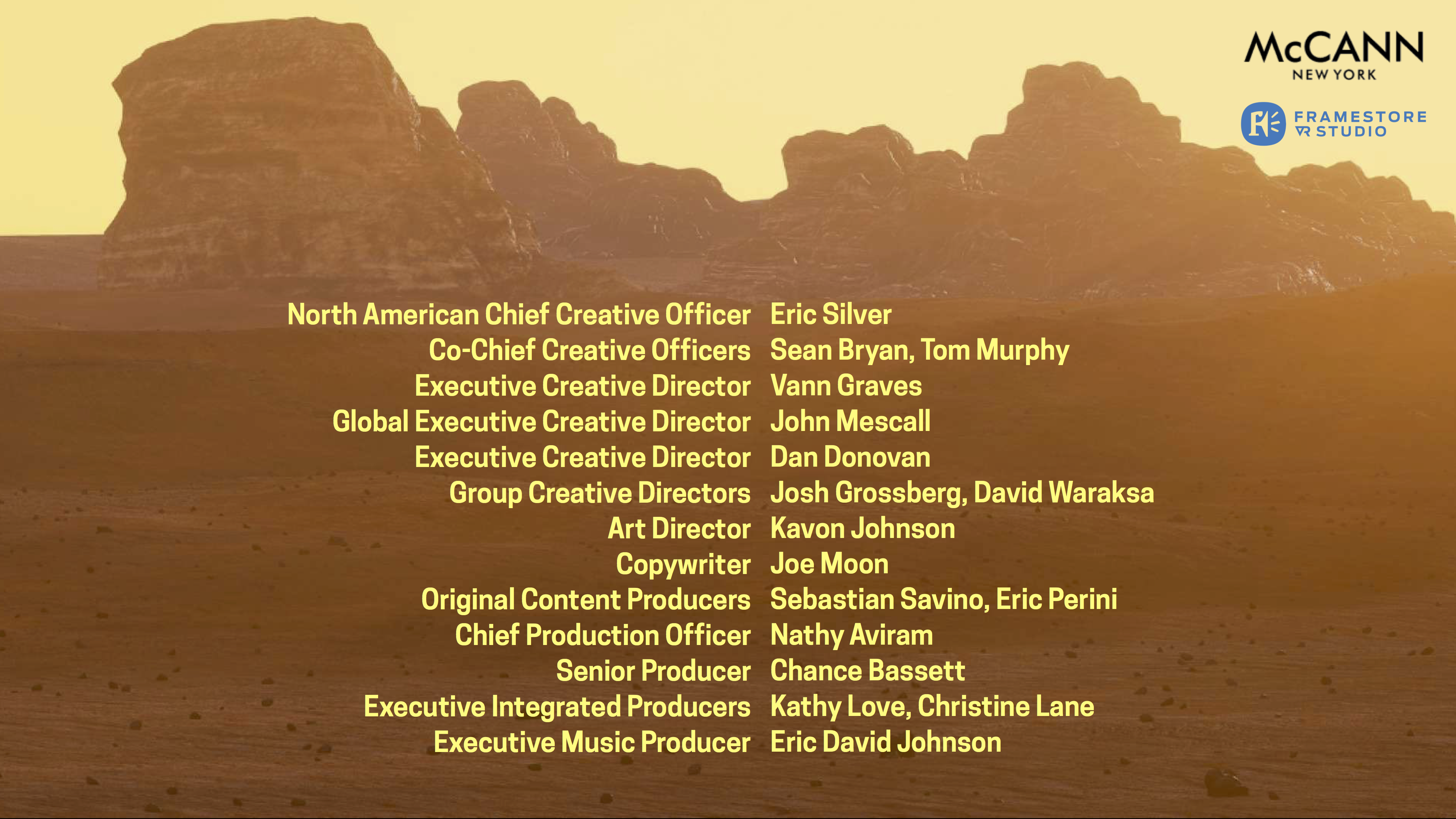 For Lockheed Martin’s “Generation Beyond” project, an educational program to bring the science of space into homes and classrooms across America, McCann New York had an ordinary yellow schoolbus transformed into a VR-powered “schoolbus to Mars.” Then they took it to Washington, D.C., for the aerospace giant’s USA Science and Engineering Festival. 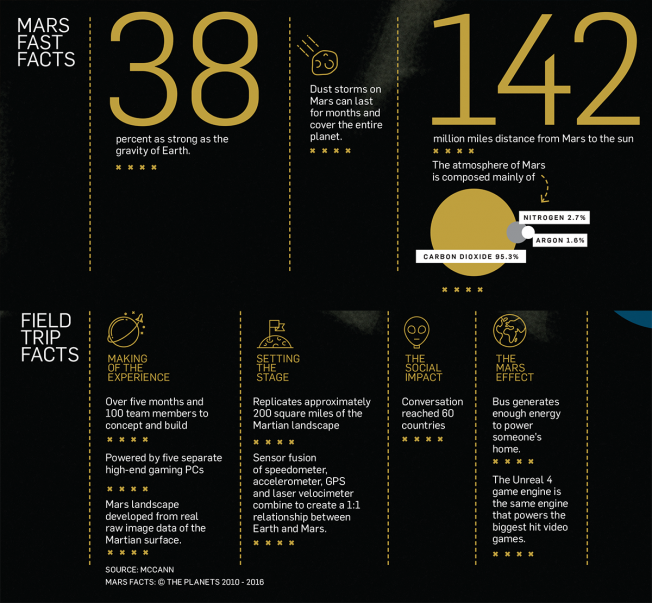 When kids boarded the bus and looked out its windows they saw the Red Planet’s surface, faithfully replicated in virtual reality by the VFX house Framestore — the London-based company that rendered Mars for Ridley Scott’s The Martian and the International Space Station and the heavens it traversed for Alfonso Cuarón’s Gravity (for which it won an Academy Award). To make it work, the Framestore team used the Unreal Engine, the real-time rendering engine from Epic Games that was originally developed for first-person shooters. The result: When the bus started moving, the Martian landscape moved with it — and the kids didn’t need to wear headsets to see it. It was, as McCann put it, a “group VR” experience.

“‘We get the kids on the bus, the screens go dark, Mars pops up and they go crazy,’ said Claude Dareau, senior developer of the Field Trip to Mars experience. ‘Just seeing their reaction was incredible. I’d only had a few hours' sleep and was shattered. I definitely felt emotional when I saw that.’”
— The Mirror
“‘With VR, you always think it's goggles and glasses,’ says McCann senior producer Chance Bassett. ‘But there's nothing in the definition that says goggles and glasses. That's just so far how we've been able to do it. This just opens up a whole new world. It's VR without being isolated, which just is amazing because as humans we experience things together.’”
— Adweek