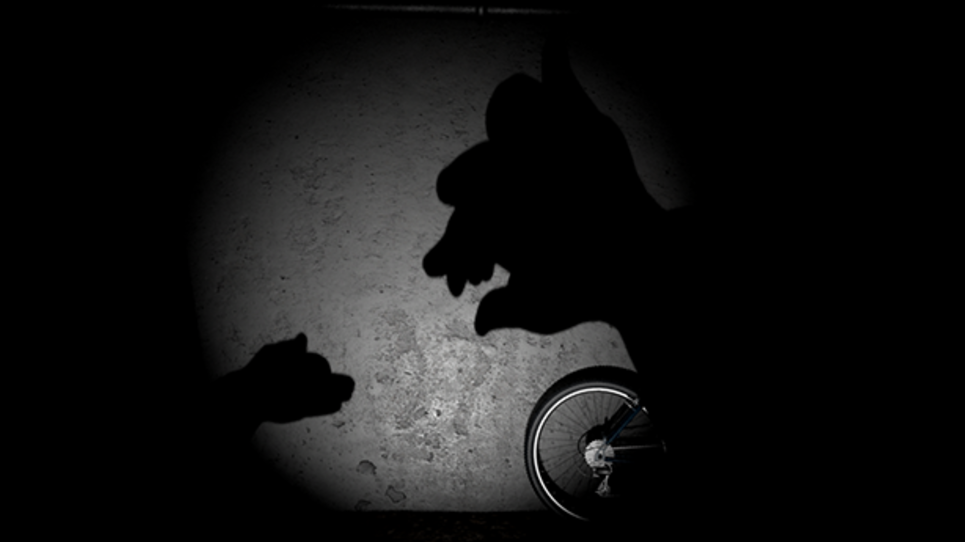 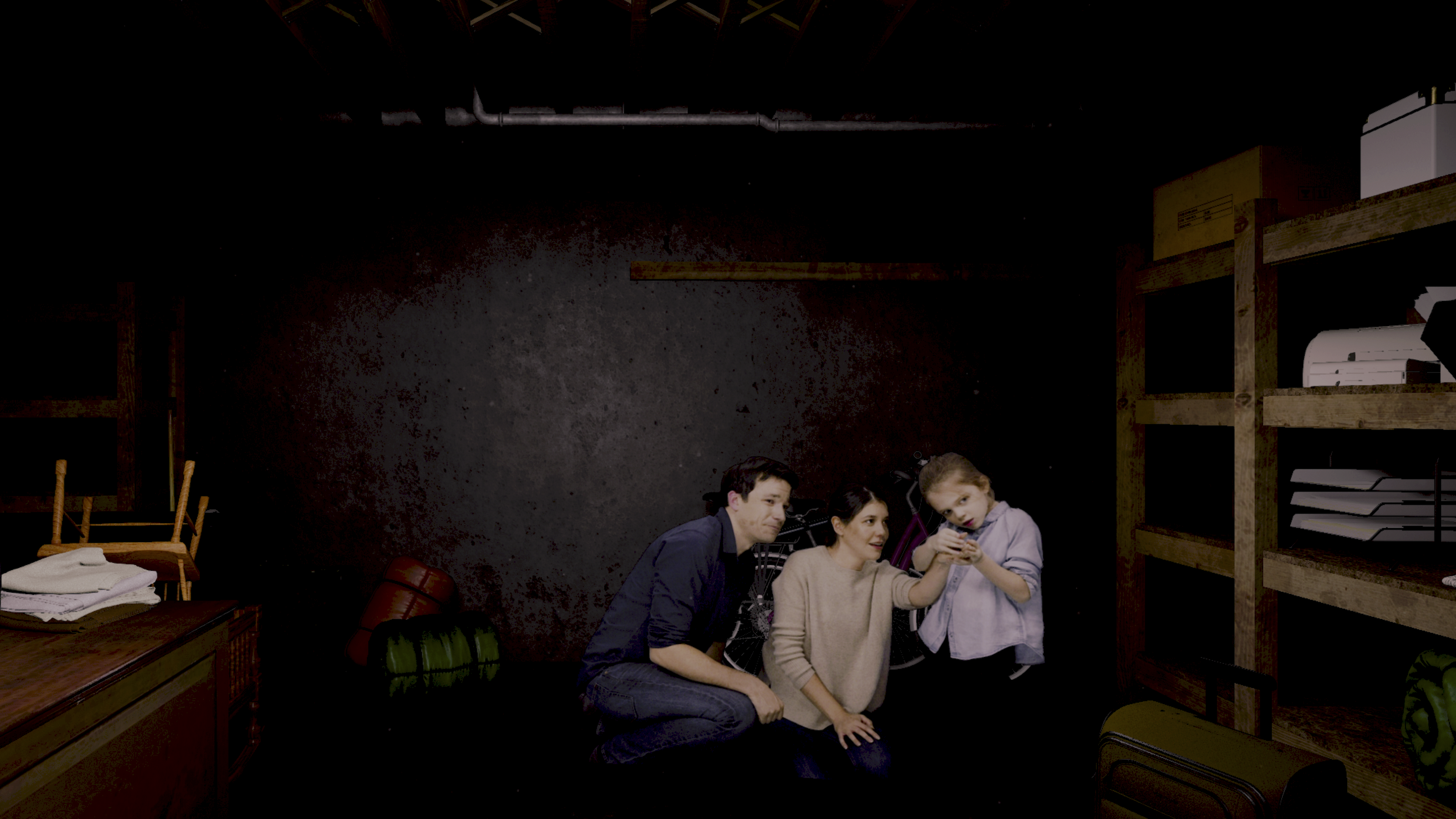 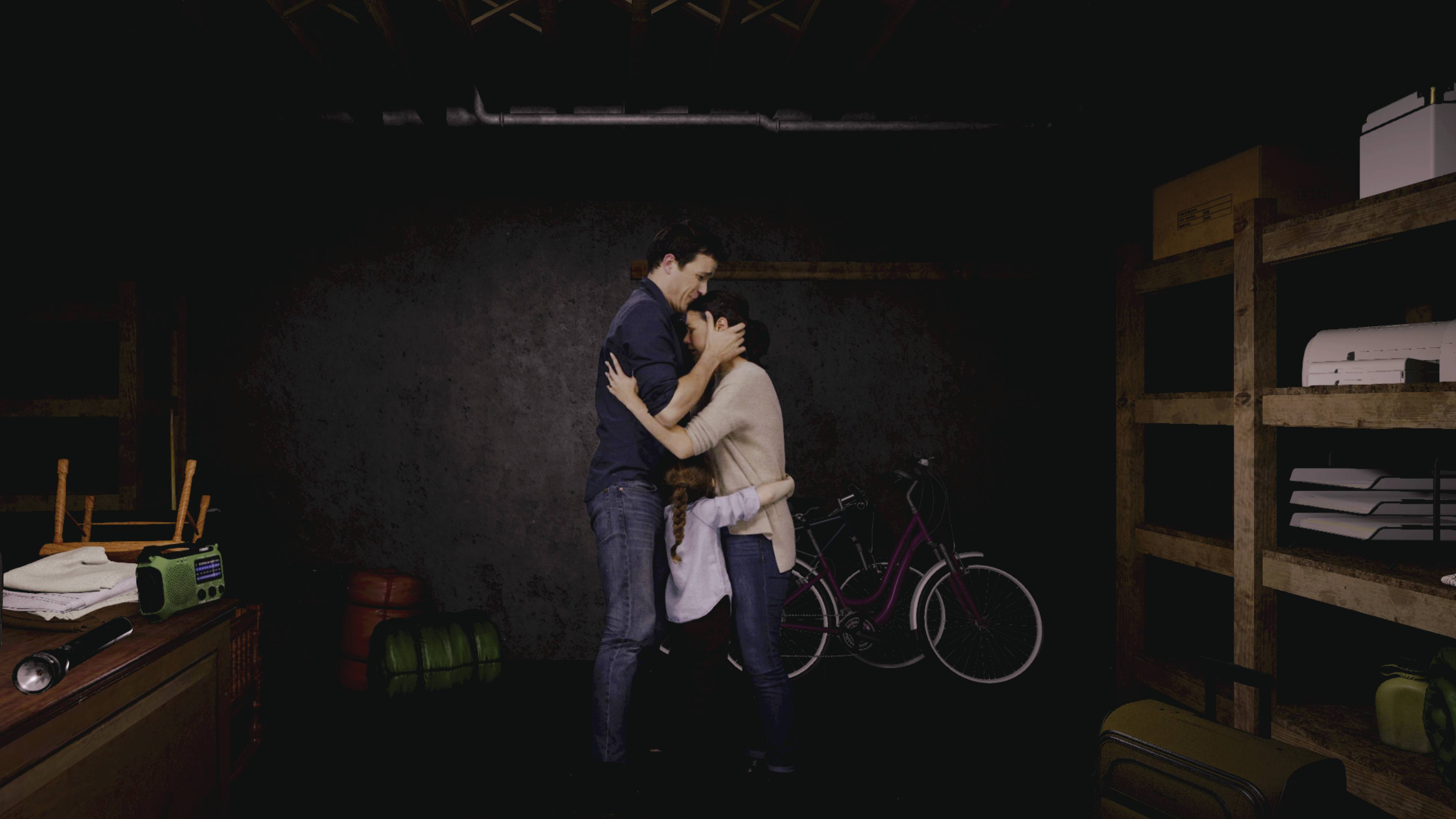 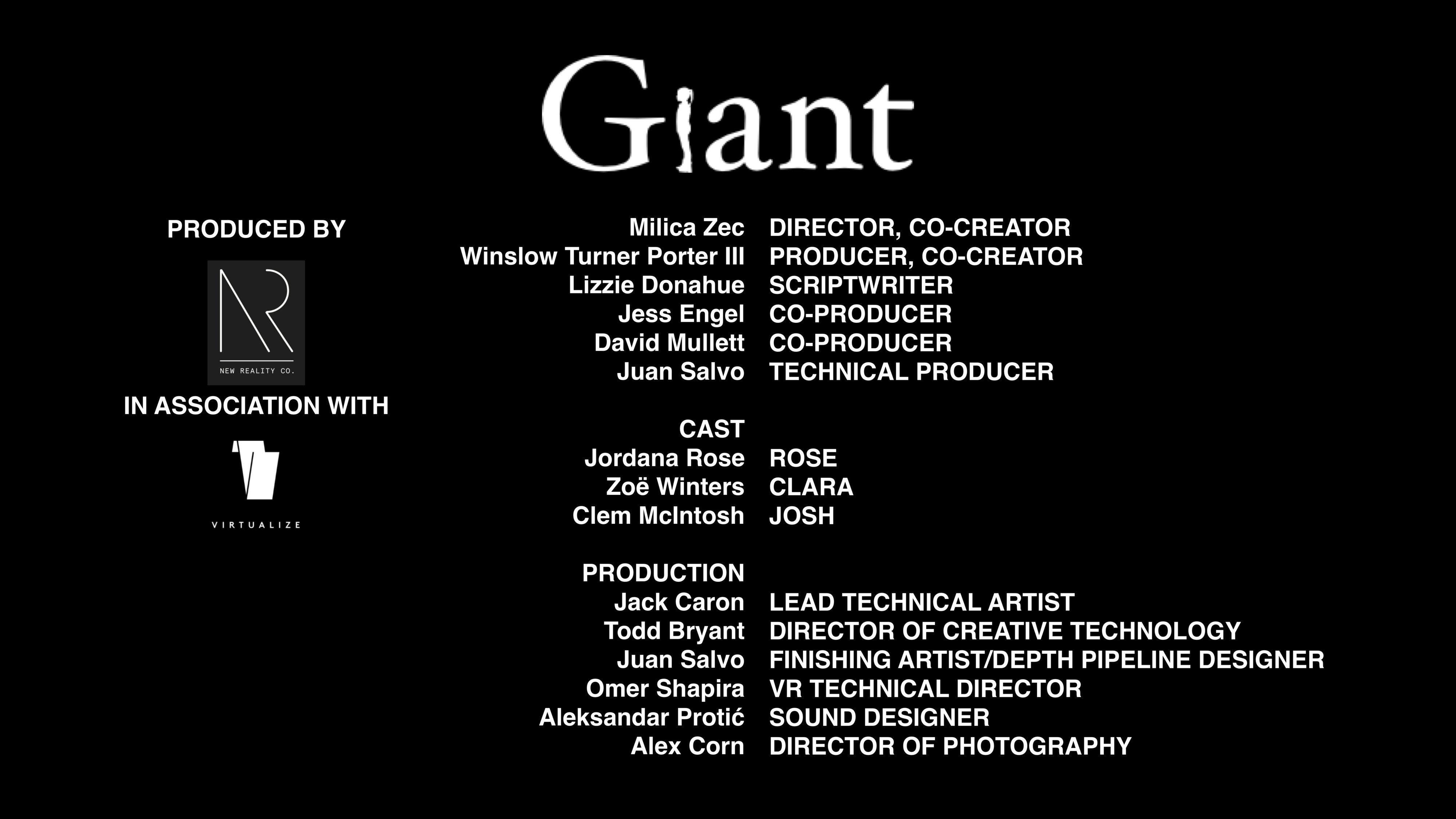 Trapped in an active war-zone, two parents struggle to distract their young daughter by inventing a fantastical tale. Inspired by real events, this immersive virtual-reality experience transports the viewer into the family’s makeshift basement shelter. The parents’ fairytale intensifies as bomb-blasts draw closer and closer. . .

Milica Zec (director) is a New York City-based film and virtual reality director, editor, and screenwriter. Her directorial debut in virtual reality was Giant, which premiered at the 2016 Sundance Film Festival’s New Frontier exhibition. A virtual reality experience based on true events from her childhood in Serbia, it transports the viewer into the experience of a family struggling to survive in an active war zone.

As filmmaker, editor, and video-installation designer for the performance artist Marina Abramovic, Milica worked on The Artist is Present at the Museum of Modern Art in New York and the successful Kickstarter fundraising campaign for the Marina Abramovic Institute. In 2015, Milica became a member of New Inc., the New Museum’s incubator program for art, technology and design. She is a graduate of the University of Dramatic Arts in Belgrade and the School of Professional Studies at New York University.

Winslow Turner Porter III (producer) is a Brooklyn-based film and virtual reality director, producer and creative technologist. After beginning his career as a film editor and modern-dance composer, Winslow attended the Interactive Telecommunications Program at NYU’s Tisch School of the Arts and delved into the world of creative technology soon thereafter. Winslow’s previous work includes interactive experiences for Google, Delta, Diesel, TED, Merrel, and Wired. In 2014, he produced the Tribeca Film Festival Transmedia Award-winning documentary Clouds. In 2015, he became a member of New Inc.

“You’re in a basement, presumably in the United States, along with a mother, a father, and a six-year-old girl. The parents tell the girl that the booming sounds she hears are a friendly giant’s footsteps—‘He just wants to play’—but the truth is more dire.”
— Andrew Marantz, The New Yorker
“Made by Serbian director Milica Zec, it’s a bracing VR short inspired by real events that happened to her during the bombing of Belgrade. . . . ‘VR is called an empathy machine so we were hoping that people can feel something,’ says Milica. . . . The result is a work that puts you a few feet in front of a family who are trying to get through a bombing raid; the interactive elements (which include the floor physically shaking) left audiences stunned.”
— Lanre Bakare, The Guardian
“A young American couple, victims of an unnamed war, hunker down in a bomb shelter as the sounds of explosions rattle around them. They try to distract their daughter, and themselves, with a shadow-puppet game known as ‘Giant’ that's also a metaphor for the conflict.

“The visuals are on the basic side — boxes packed with computers and a child's toys, mostly, in a dark room where not much else is visible. But the piece is effective because it conveys a palpable feeling of fear, as the viewer spends much of the six minutes nervously waiting for the attack to happen. ‘Giant’ demonstrates how VR can convey the horror of war in a way that an ‘American Sniper’ never could.”