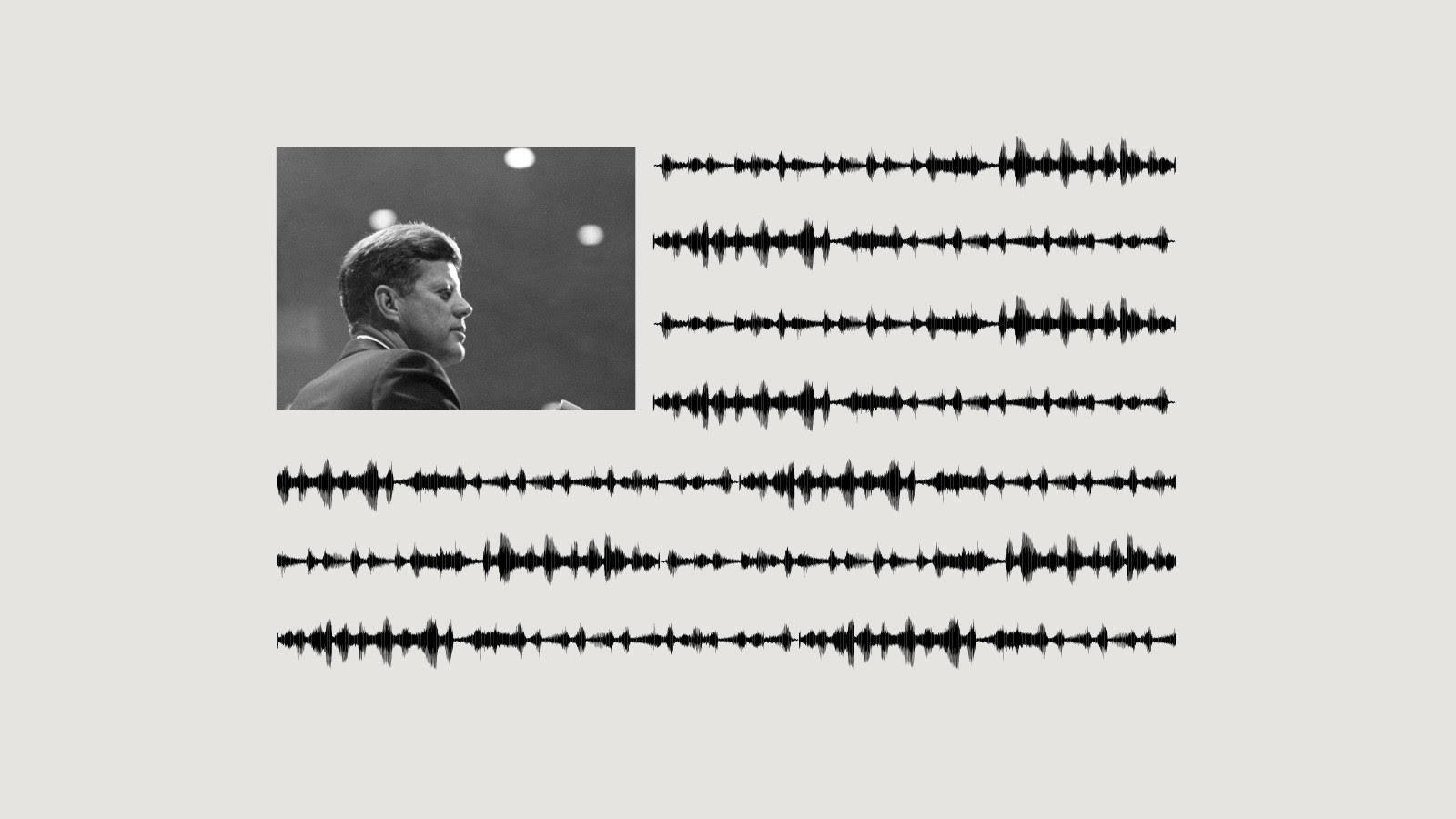 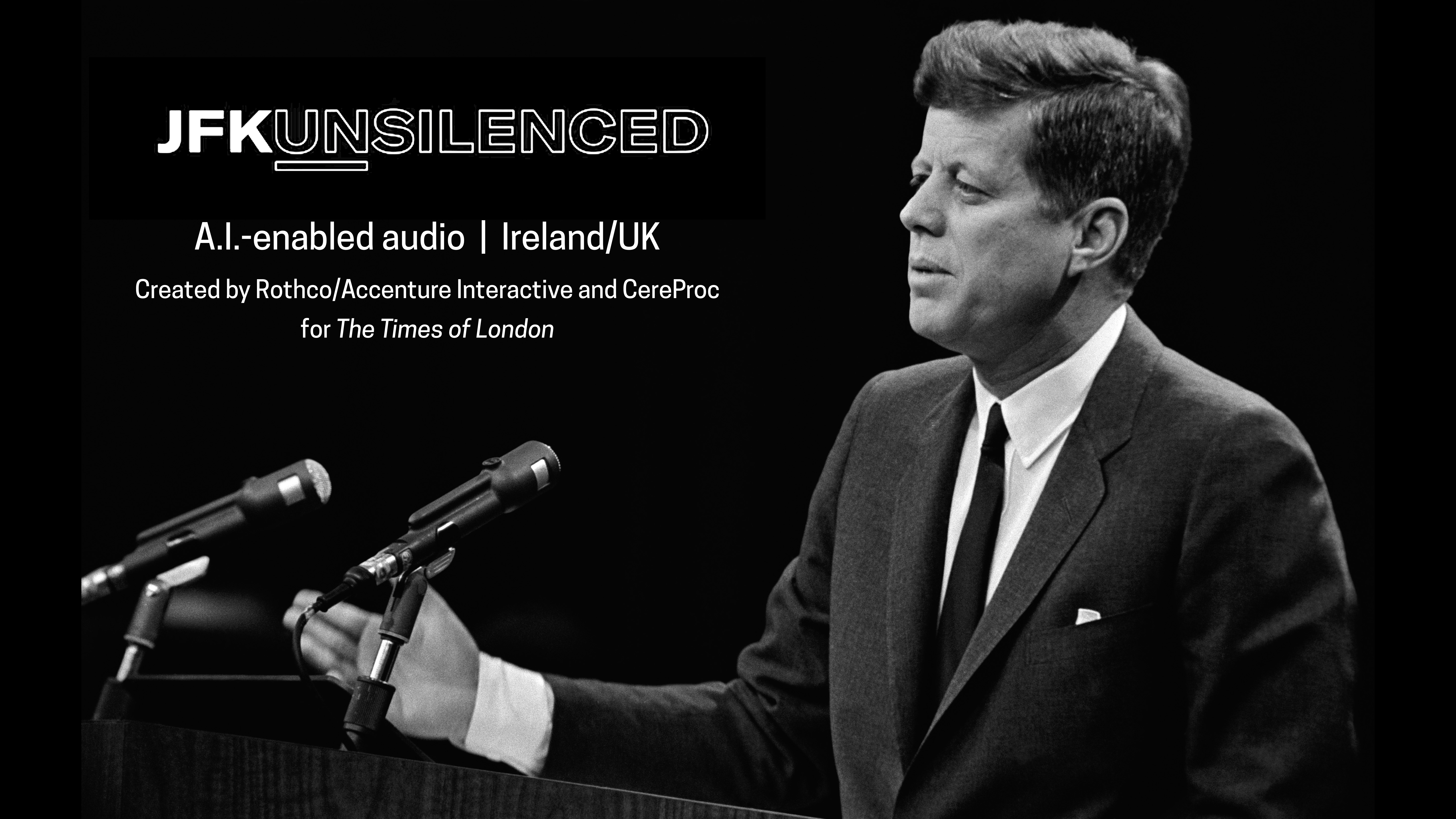 On the 22nd of November 1963, on his way to deliver a speech at the Dallas Trade Mart, JFK, the voice of his generation, was silenced. But what if we could unsilence his voice?

What if technology had advanced so much to allow JFK to finally, after 55 years, deliver the Trade Mart Speech that he was due to deliver on that fateful day in Dallas? Working with tech company CereProc we created The Dallas Trade Mart Speech – a world first, an AI audio speech made completely out of data. 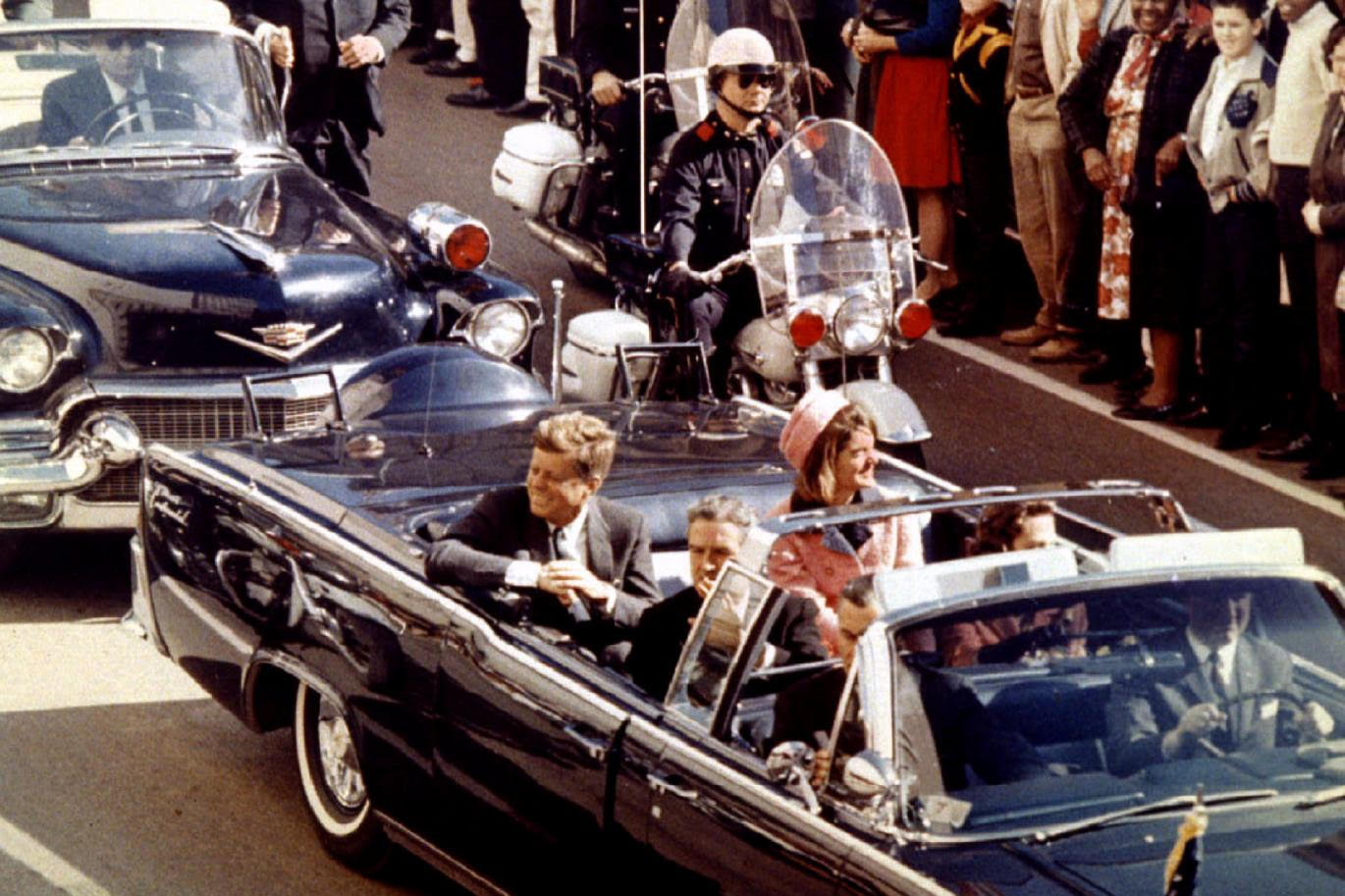 It took eight weeks to bring to life the 2,590 words John F Kennedy never got to speak.

Sound engineers pulled 116,777 sound units from 831 of his speeches and radio addresses. These units were then split in half and analysed for pitch and energy. The half units, known as phones, were each about 0.04 seconds long and had to be tested next to each other to ensure that they did not clash. The W sound in weapons, for example, is not the same as the W sound in words. 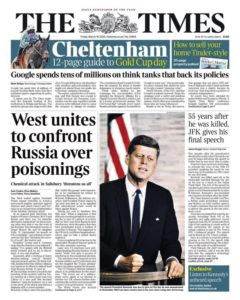 “There are only 40/45 phones in English so once you’ve got that set you can generate any word in the English language. The problem is that it would not sound natural because one sound merges into the sound next to it so they’re not really independent. You really need the sounds in the context of every other sound and that makes the database big,” Chris Pidcock, co-founder and chief voice engineer at CereProc in Edinburgh, said. . . .

Once a database of the cleanest sound units was built, a new computer system was employed to recognise and recreate Kennedy’s oratorical style. This required feeding data from his speeches into a computer until it learnt the patterns in his delivery. Then, when the speech was put in, the system could tweak it and make it more natural.

“We’ve been working on machine-learning models with deep neural networks to help predict the way that his intonation works so that we could build a more accurate predictor of where his speech would go and where he’d put his emphasis. We used that to improve the way that we could generate the speech output for Kennedy. That was a new thing that we had been testing but we hadn’t used in a real project before.”

— The Times of London

JFK Unsilenced received a Grand Prix and six Lions at the 2018 Cannes Lions International Festival of Creativity. At the 2018 Clio Awards in New York it won a Grand Prix and six other Clios, and at the 2018 D&AD (Design and Art Direction) in London it won three Pencils.
“Bas Korsten, creative partner of JWT Amsterdam and a member of the Creative Data jury, said that the complexity of the project, the impact of the campaign in wider media and the fact that the technology is now being used to help ALS patients all contributed to its win.

“He added that there was some debate over whether the project was a commercial or an editorial one; if it had been deemed editorial, it would not have been eligible. Jurors permitted it because it was part of the Times’ ‘Find Your Voice’ campaign.”

— Ad Age, reporting on the 2018 Cannes Lions
“Cannes jurors said that while ‘JFK Unsilenced’ set a new bar for audio restoration and engineering, it also posed plenty of ethical questions about how this technology might be used moving forward.

“‘Just because technology can do something, should it? That was something that was a debate at times,’ said Creative Data jury president Marc Maleh, global director of Havas. ‘With this body of work and JFK being so loved by the world, we felt that creatively and strategically for the brand, it made sense. They were able to connect the dots from a data perspective and a technology perspective, and our hope is this will move on and start to help people.’”