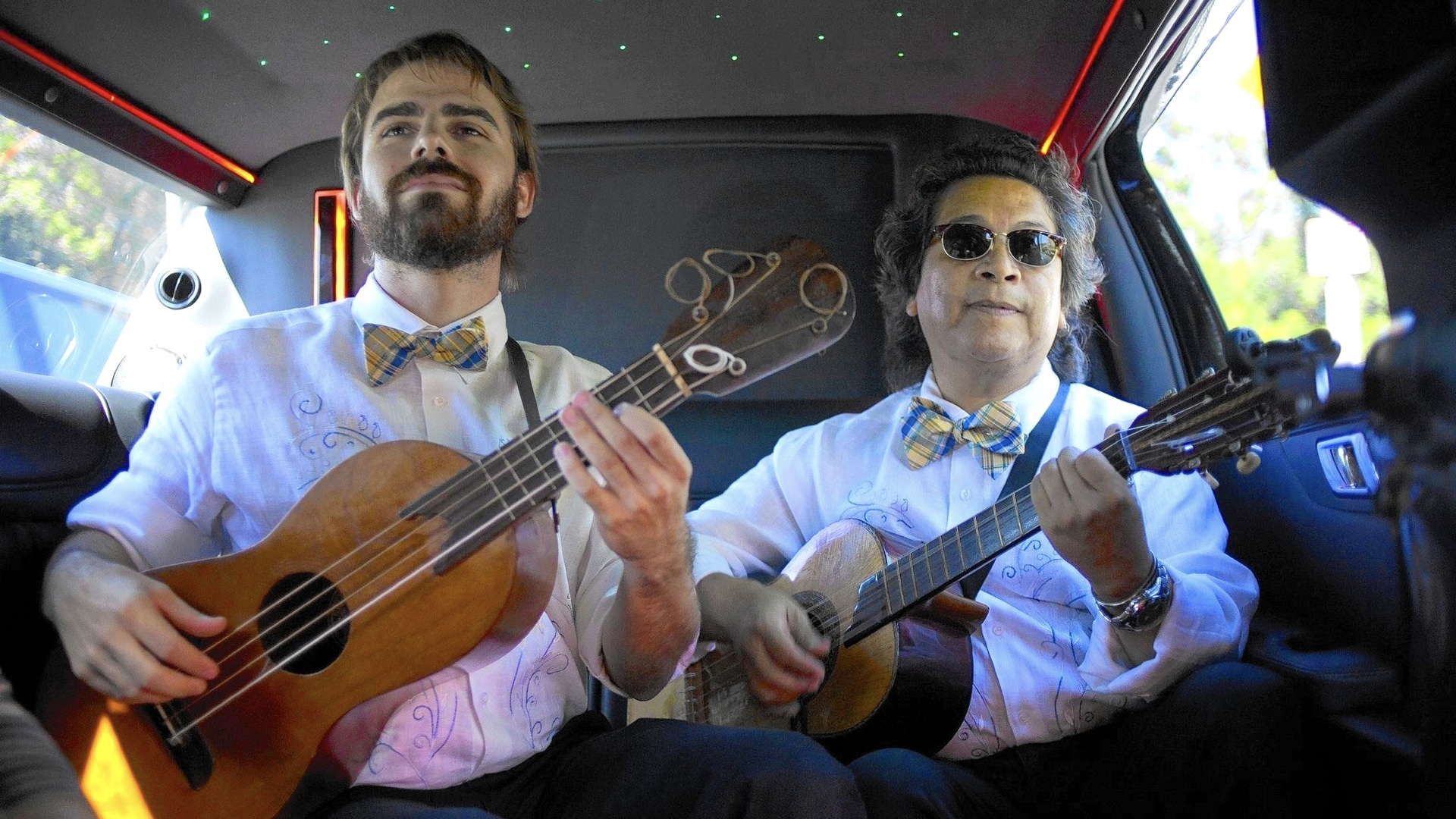 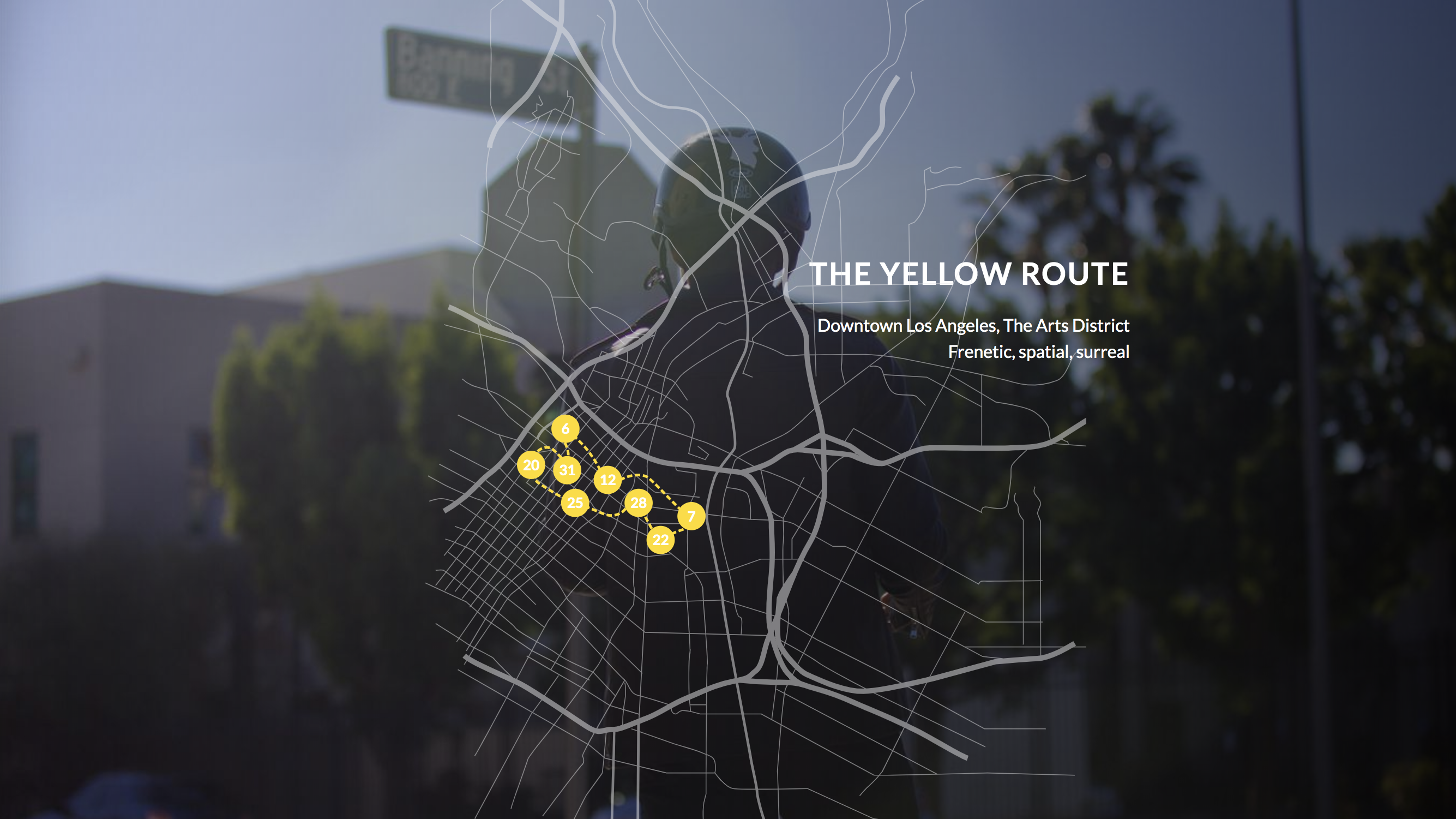 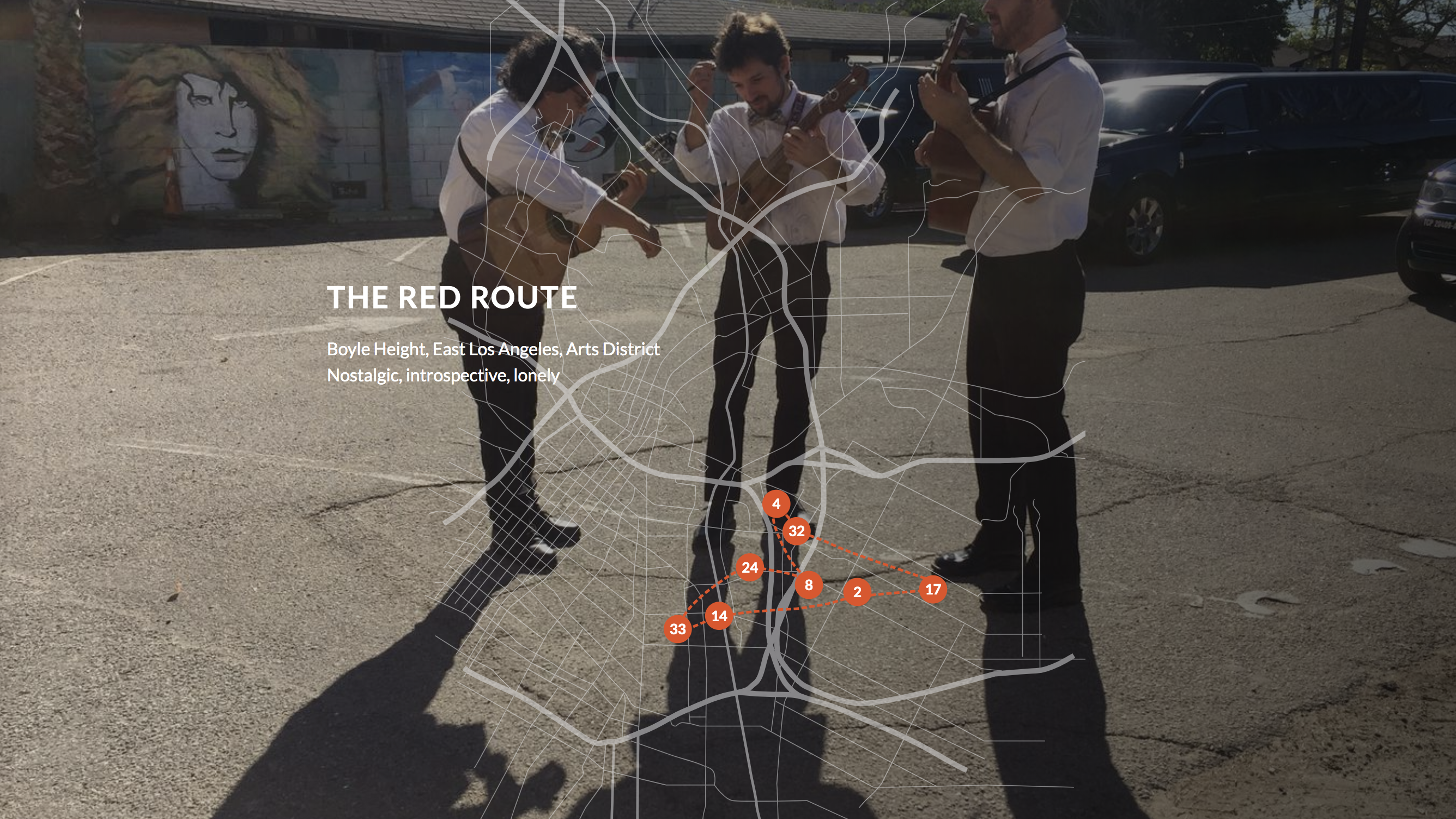 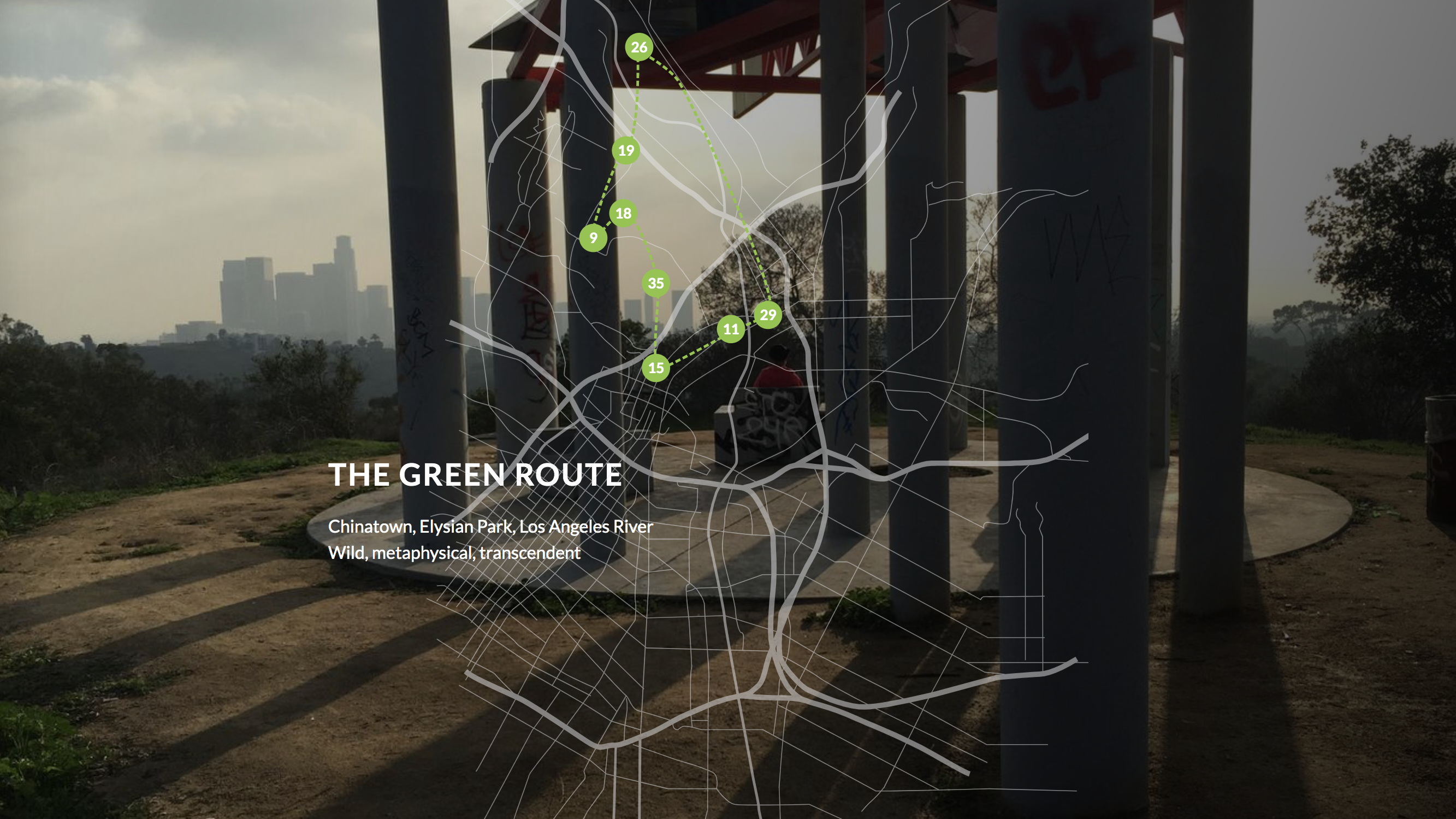 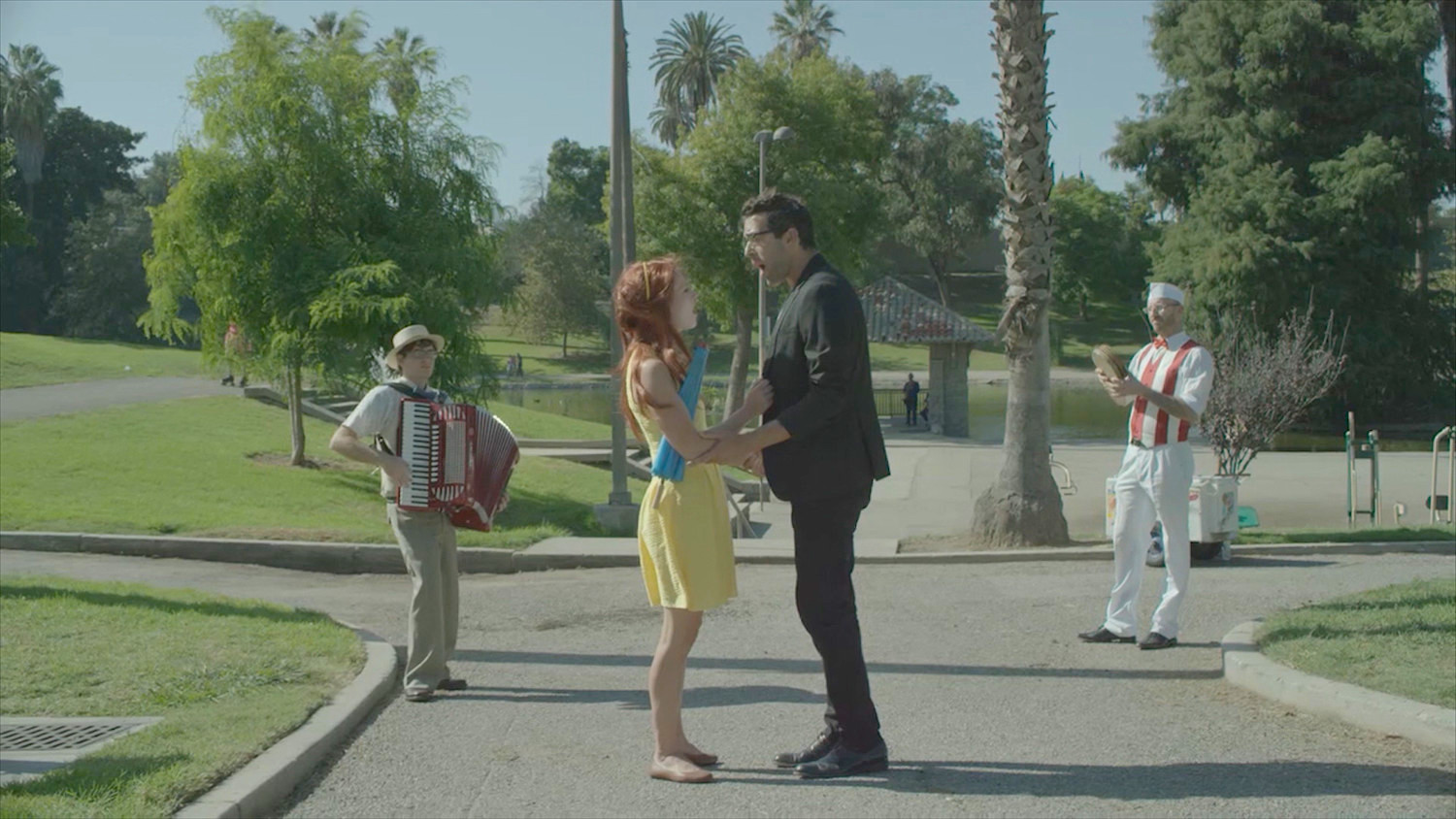 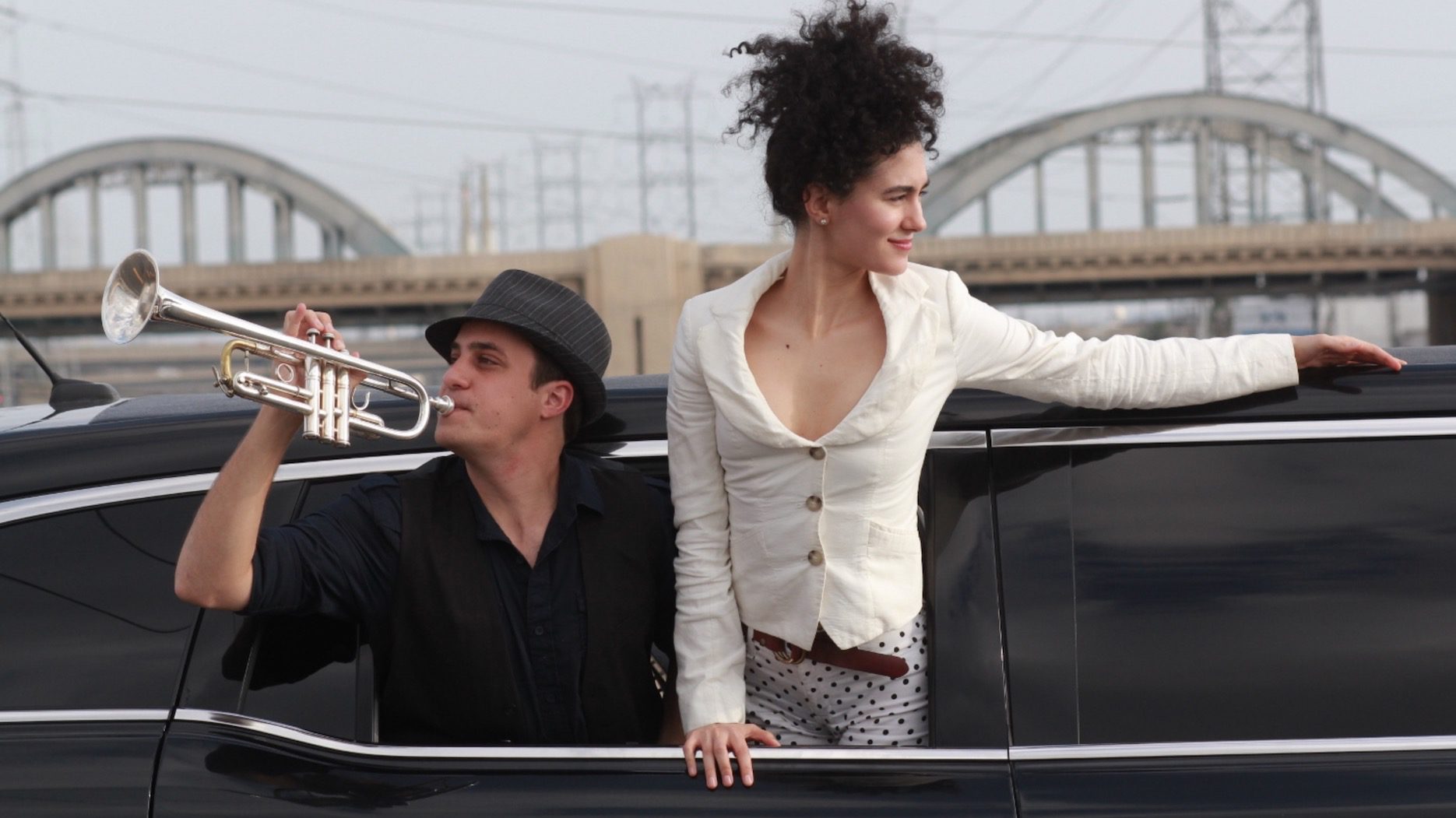 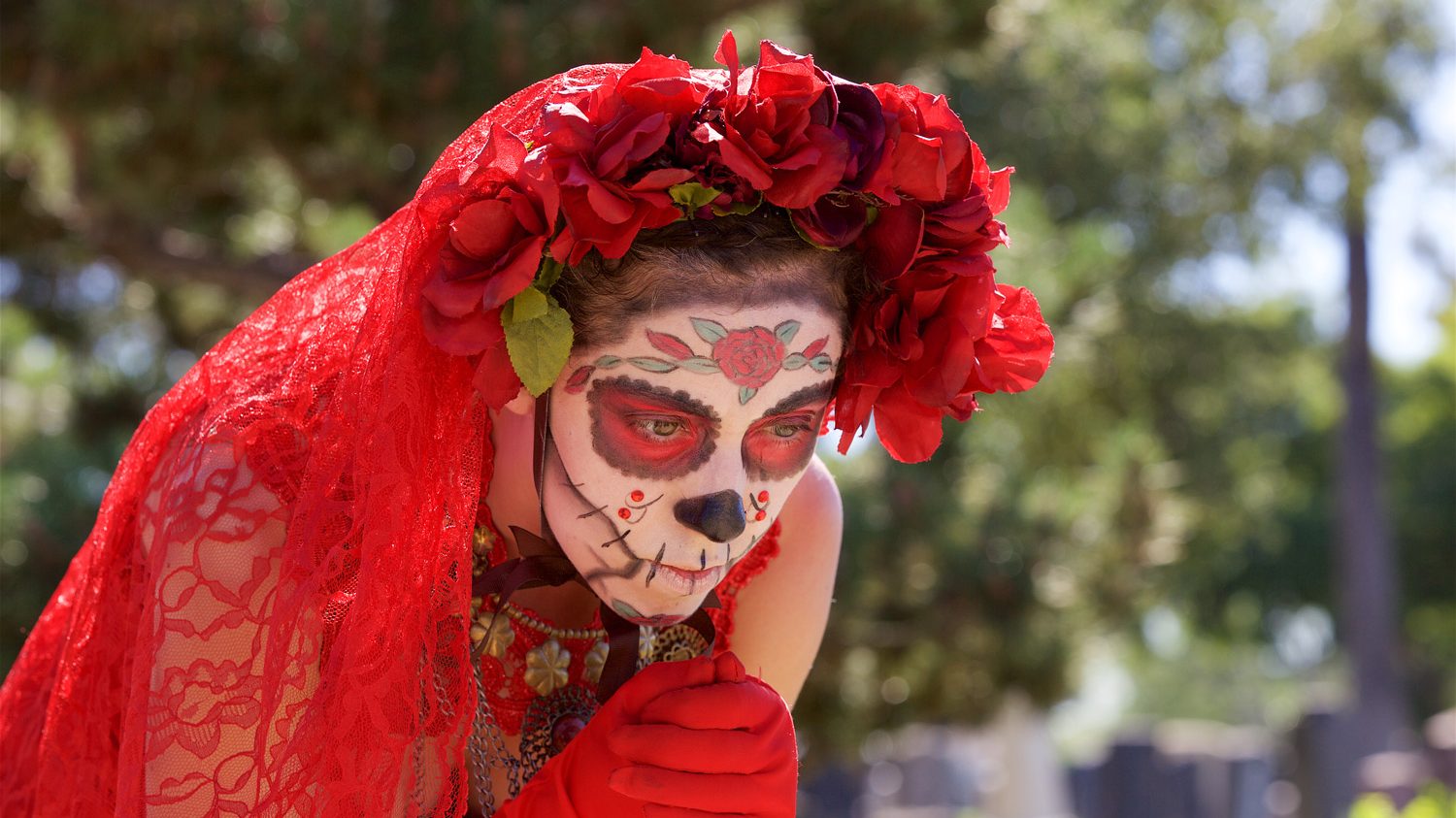 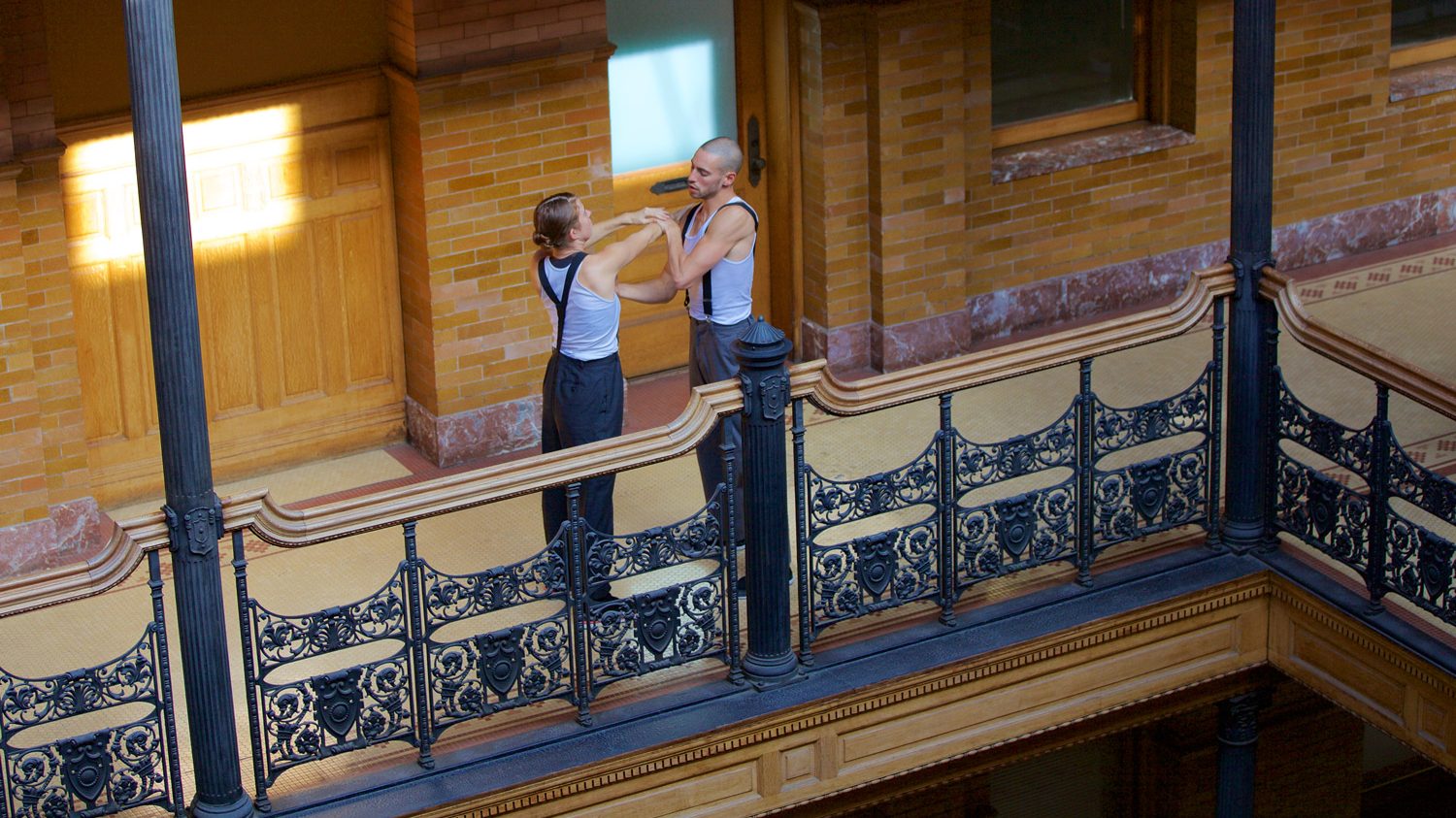 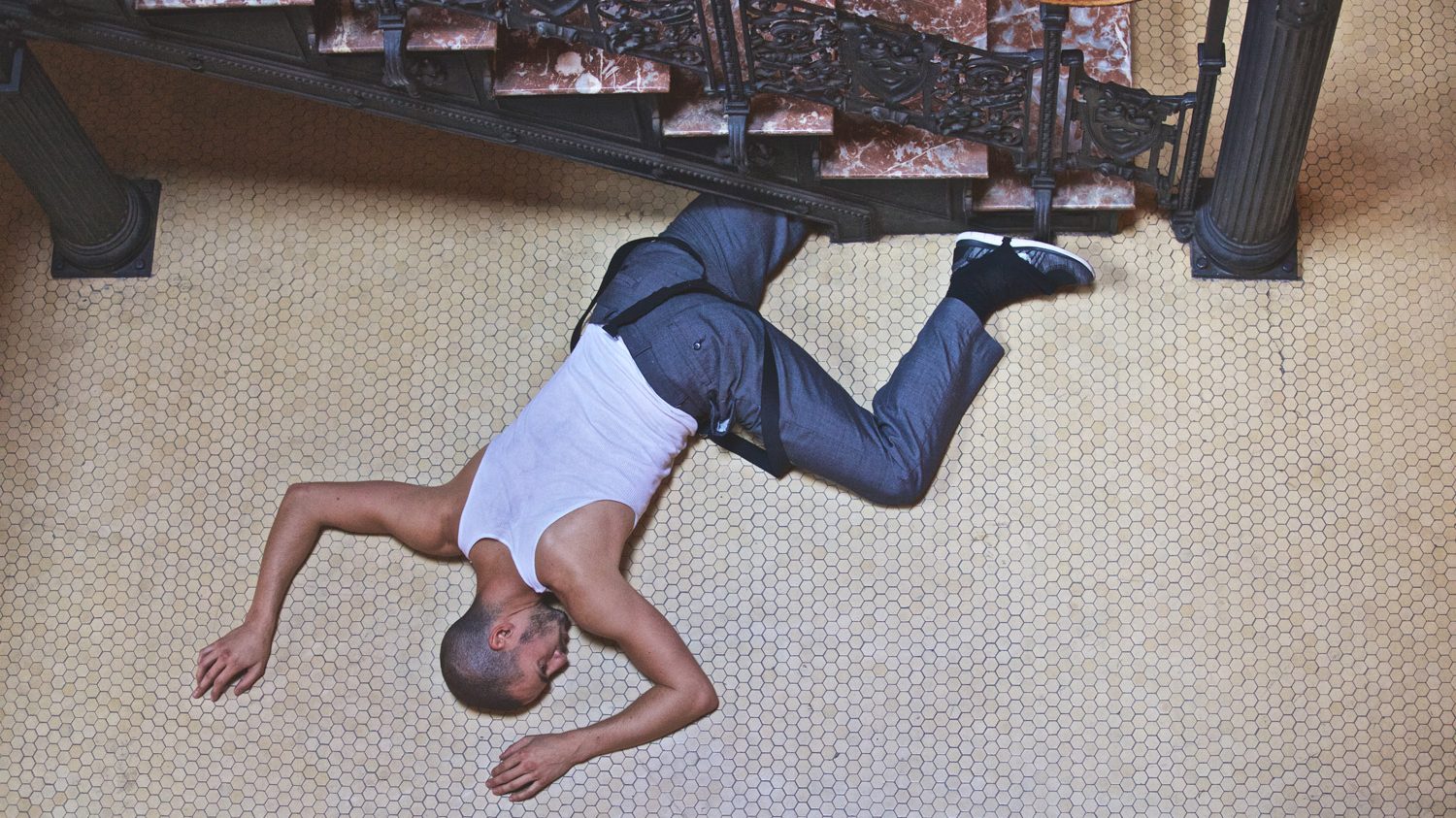 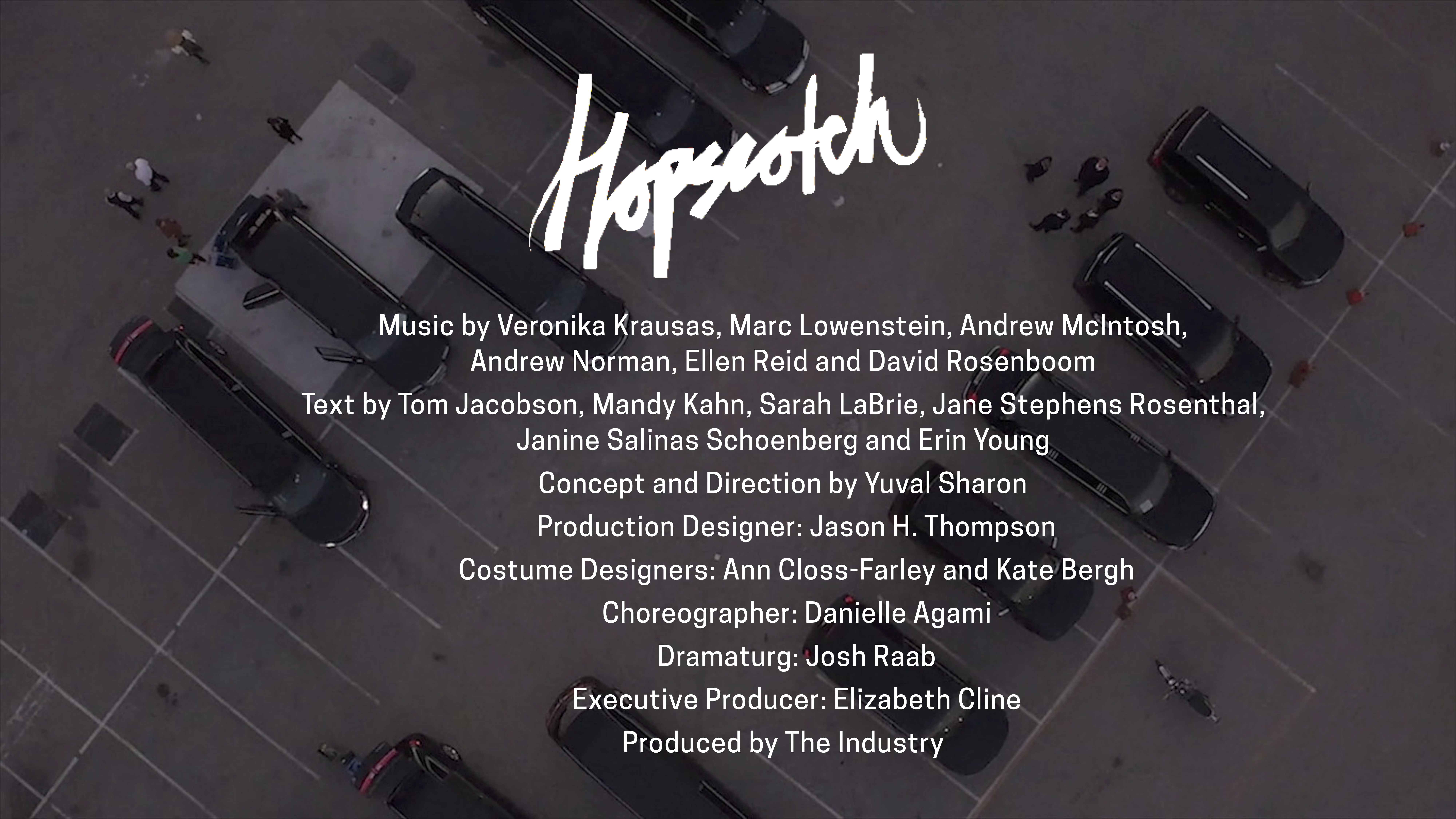 “There’s a quote by Marcel Duchamp I love: ‘The audience completes the work.’”

Inspired by the 1963 Julio Cortázar novel Hopscot.ch, which consists of 155 chapters and a table of instructions for skipping through them, The Hopscotch Opera was a series of 90-minute performances that took place in and around limousines traversing the streets of Los Angeles in October and November 2015. With four people per vehicle sitting knee-to-knee with singers and musicians, performances felt personal, even voyeuristic. The elaborately choreographed production included transfers from car to car and stops at such iconic locations as Elysian Park and the Bradbury Building (familiar to anyone who has seen Chinatown or Blade Runner); wireless connections enabled performers on distant rooftops to stay in synch with one another.

The story was told in 10-minute “chapters” that unfolded in a different order for each group, rendering the narrative fragmentary and nonlinear. Audience members had no idea where they would be taken next or what aspect of the story they would experience. The effect was hallucinatory and surreal, with characters slipping in and out of alternate realities and the entire experience offering unexpected insights into life in a car culture. 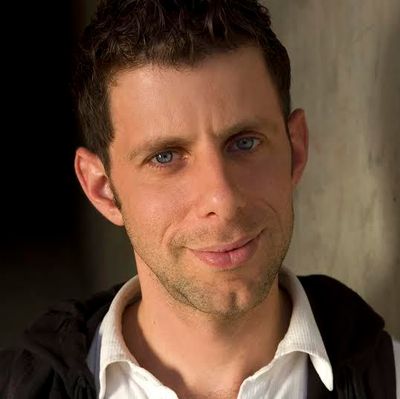 Yuval Sharon — dubbed “LA’s avant-garde opera darling” by The Hollywood Reporter and “opera’s disrupter in residence” by The New York Times — is the founder and artistic director of The Industry, an experimental performing-arts company devoted to exploring the interdisciplinary potential of opera.

Born in 1979 in suburban Chicago, he earned a B.A. from the University of California at Berkeley in 2001. After a year in Berlin he settled in New York, where he started a theater company and became project director for the New York City Opera’s VOX program, an annual workshop for new American opera. In 2010 he moved to Los Angeles and launched The Industry, which first made waves with its 2013 production of Invisible Cities, based on the Italo Calvino novel. He received the 2014 Götz Friedrich Prize for his production of John Adams’s Doctor Atomic at the Staatstheater Karlsruhe in Germany, and in 2016, the year after his production of Hopscotch, he began a three-year residency at the LA Philharmonic. In 2017 he was named a MacArthur Fellow.

The Industry is an independent, artist-driven company creating experimental productions that expand the definition of opera. Founded by Yuval Sharon, the new company burst onto the scene with the 2012 premiere of Crescent City, a large-scale, interdisciplinary opera by Anne LeBaron and Douglas Kearney. Opening to rave reviews, the production’s striking intersection of visual artistry and musical ingenuity established The Industry as an innovative force in American opera. The Industry garnered international recognition in 2013 with Invisible Cities, an operatic adaptation of Italo Calvino’s novel staged in the spectacular public areas of Union Station, just north of downtown Los Angeles. Produced for wireless headphones, the opera involved significant collaborations with LA Dance Project and Sennheiser. 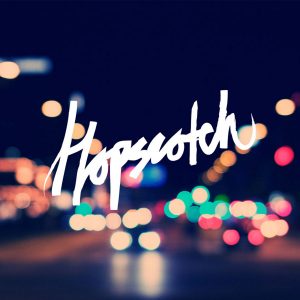 In 2015 The Industry presented Hopscotch, which unfolded in 24 cars zigzagging throughout Los Angeles. In this unprecedented event, six composer-librettist teams collaborated with over 120 musicians, singers, designers, and dancers on a world premiere opera. Audiences experienced the work in both the intimacy of a car, where artists and audiences shared a confined space, or for free in the Central Hub, a temporary space where all the journeys were streamed live, creating a dizzying panorama of life in Los Angeles. Two years later The Industry released the Hopscotch album, which combined the live performance and studio recordings, on its own label, The Industry Records.

In November 2017 The Industry staged its most audacious experiment since Hopscotch: War of the Worlds, a large-scale collaborative experience that once again brought opera out of the concert hall and into the streets. Three defunct air raid sirens in downtown Los Angeles were repurposed as public speakers to broadcast a live performance from the LA Philharmonic’s Walt Disney Concert Hall. Orson Welles’s notorious 1938 radio drama came to new life with music by Annie Gosfield in a story directed by Yuval Sharon, conducted by Christopher Rountree and narrated by Sigourney Weaver.

“You buy a ticket and are instructed to arrive at a certain location at a specific time: perhaps across the street from a boarded-up synagogue in the Hispanic neighborhood of Boyle Heights, say, or at the edge of a parking lot near the freeway. A limo pulls up, an attendant gestures you inside, and the opera begins. Singers, actors, instrumentalists and dancers — a total of 128 performers are involved in the production — transform the city around you as you are driven around, occasionally changing cars, going for a stroll in a park or being guided through a building. Enter a vehicle and encounter a cellist; step out of a car and watch a saxophone quartet play in the hills of Griffith Park. The opera’s 24 vignettes take place along three distinct routes — all running simultaneously — so each experience of the piece remains just a partial snapshot of the opera’s elusive whole.

“‘It’s kind of like 24 10-minute operas, basically: They’re all completely unique, but they are all connected,’ Mr. Sharon, the opera’s director, said. . . . When asked about the production’s logistical challenges, Mr. Sharon and his collaborators burst out laughing.”

— The New York Times
“‘Hopscotch’ is the latest iteration of experimental opera, a trend that's appeared everywhere from Stockholm to Dallas. Unlike the formal posture of operas past, these new experimental operas play with new storylines, use of music, and even reject a traditional stage and audience. None seem to challenge the convention on a scale as large as ‘Hopscotch.’”
— Vice
“Three simultaneous routes crisscross eastern and downtown L.A. Six principal composers, six librettists, and a production team of nearly a hundred have collaborated on the project, which has a budget of about a million dollars. It is a combination of road trip, architecture tour, contemporary-music festival, and waking dream. . . .

“The mastermind of this spectacle is the opera director Yuval Sharon, a thirty-six-year-old Chicago native, who moved to L.A. in 2010 and founded the Industry that year. He realizes that his current project, which took more than two years to pull together, could be seen as a daft undertaking. He told me, ‘An opera with a nonsequential plot that depends on cars arriving on time in L.A.? We’ve created a monster, but it’s alive.’ He closed his eyes and gave an antic laugh.”

— Alex Ross, The New Yorker
“The experience of riding in one of the limousines also mirrors the growing variety of ways in which we encounter 21st century Los Angeles not as solo drivers but as passengers; this is the common ground of the carpool, the Uber ride and the trip by bus or light rail. The shift from driver to passenger is also a shift from author or performer to spectator, from doing to watching, or from one kind of watching to another. ‘Hopscotch’ touches on that idea in a range of fascinating ways.”
— Los Angeles Times
“Driving along in a car with a man mourning his dead wife, accompanied by two violas . . . makes you suddenly, physically conscious of all the lives and sorrows and joys going on in all those cars driving past on the freeway all the time. Mr. Sharon has broken the fourth wall with a vengeance.”
— The Wall Street Journal