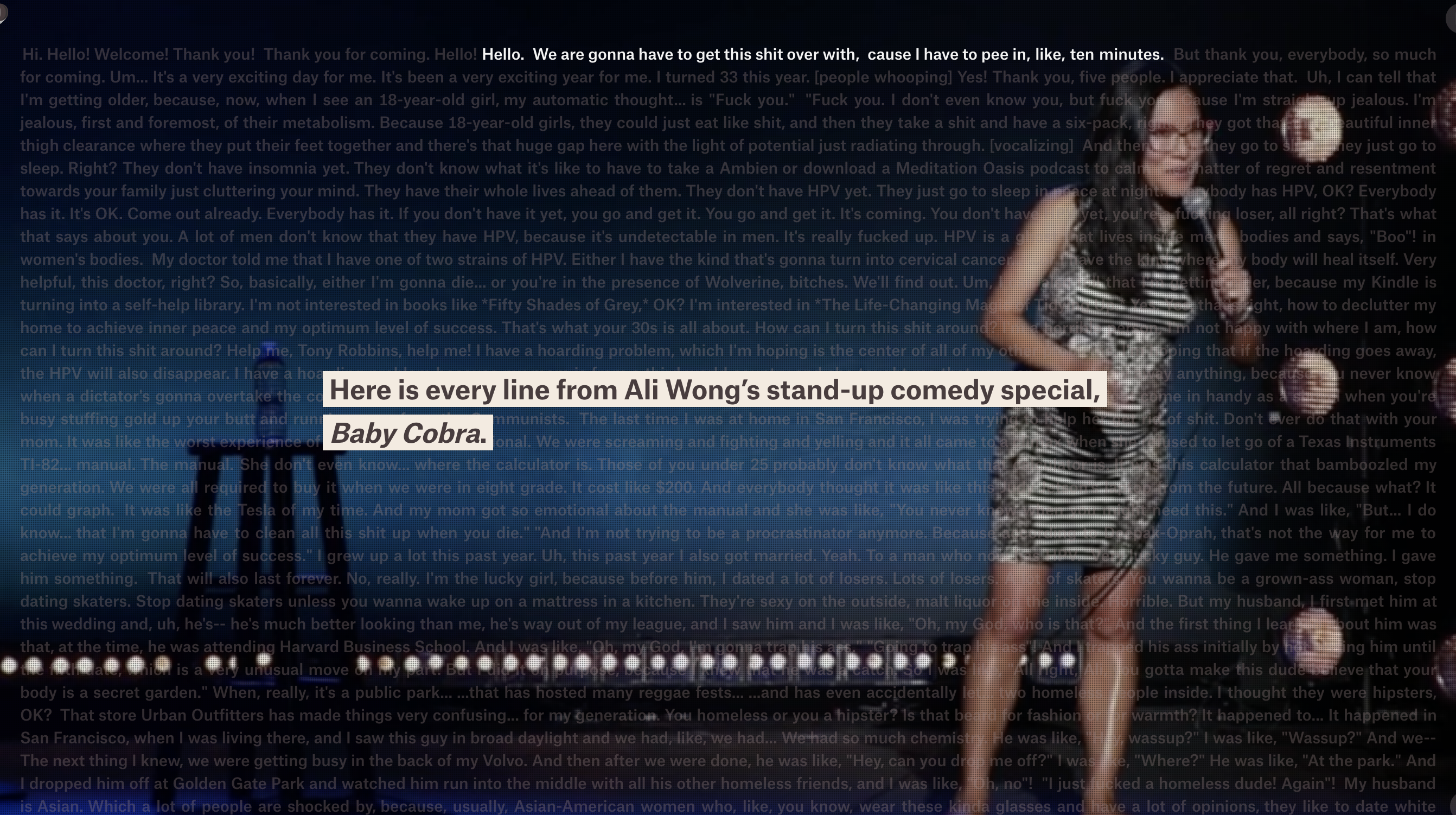 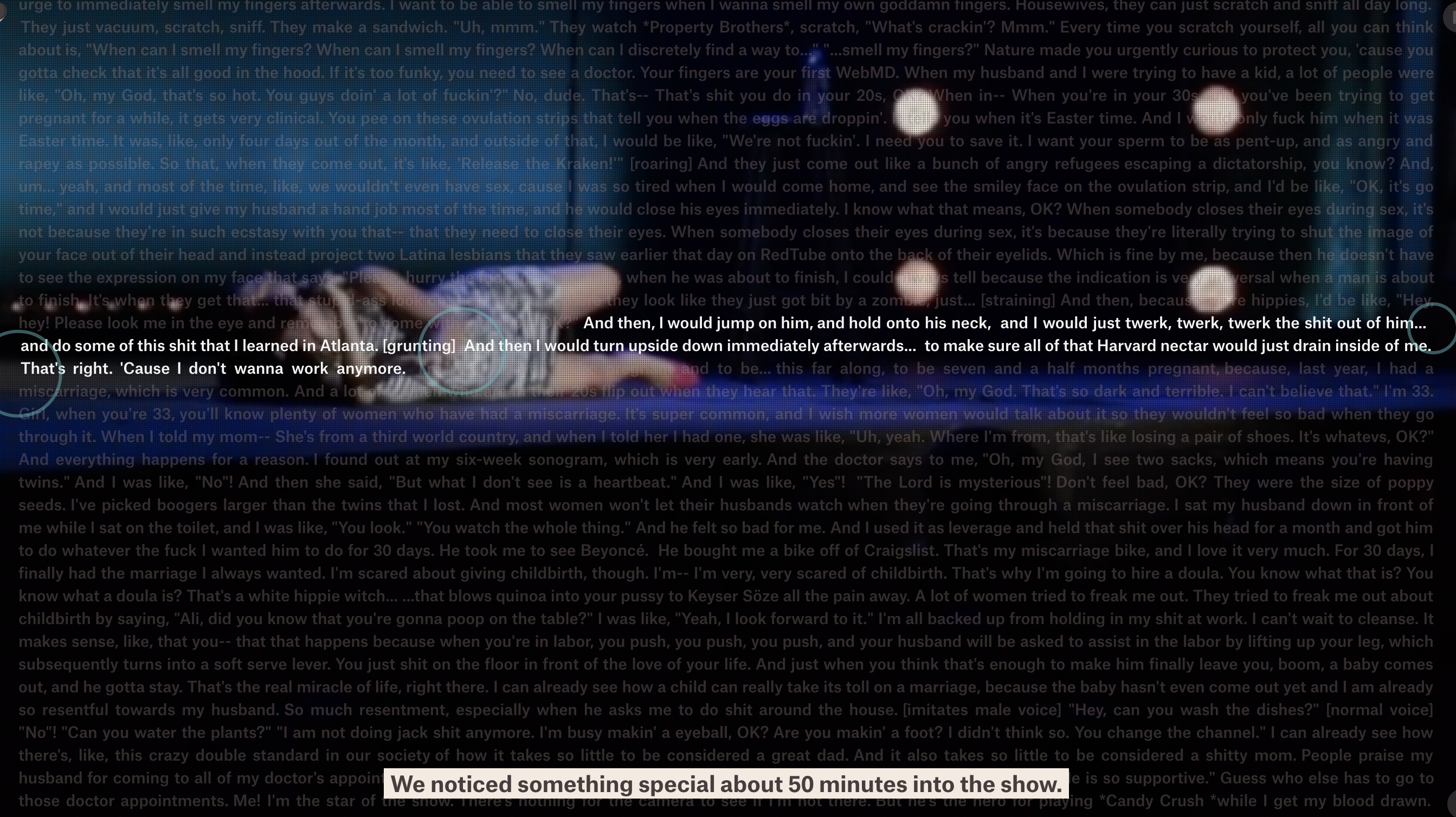 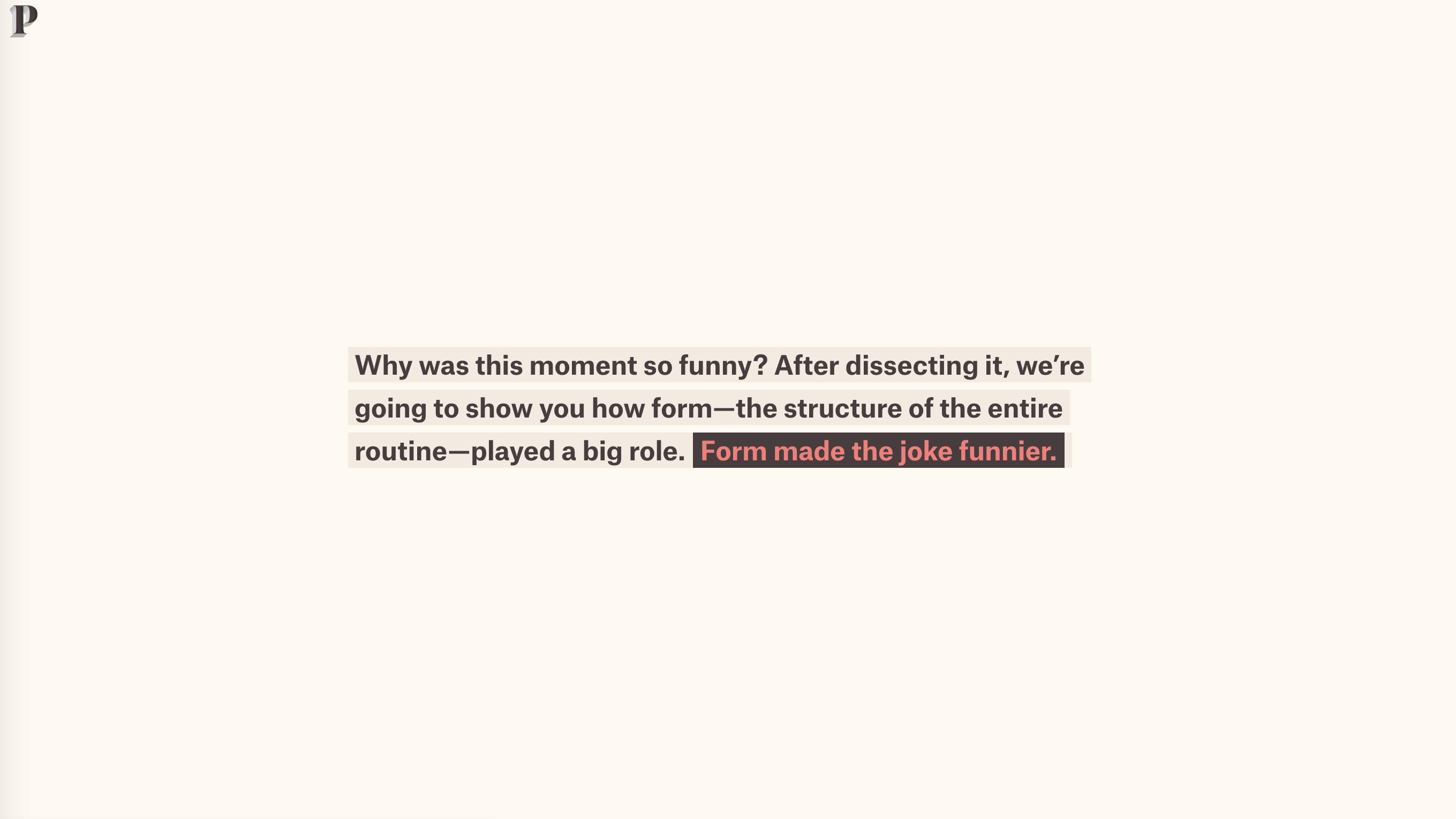 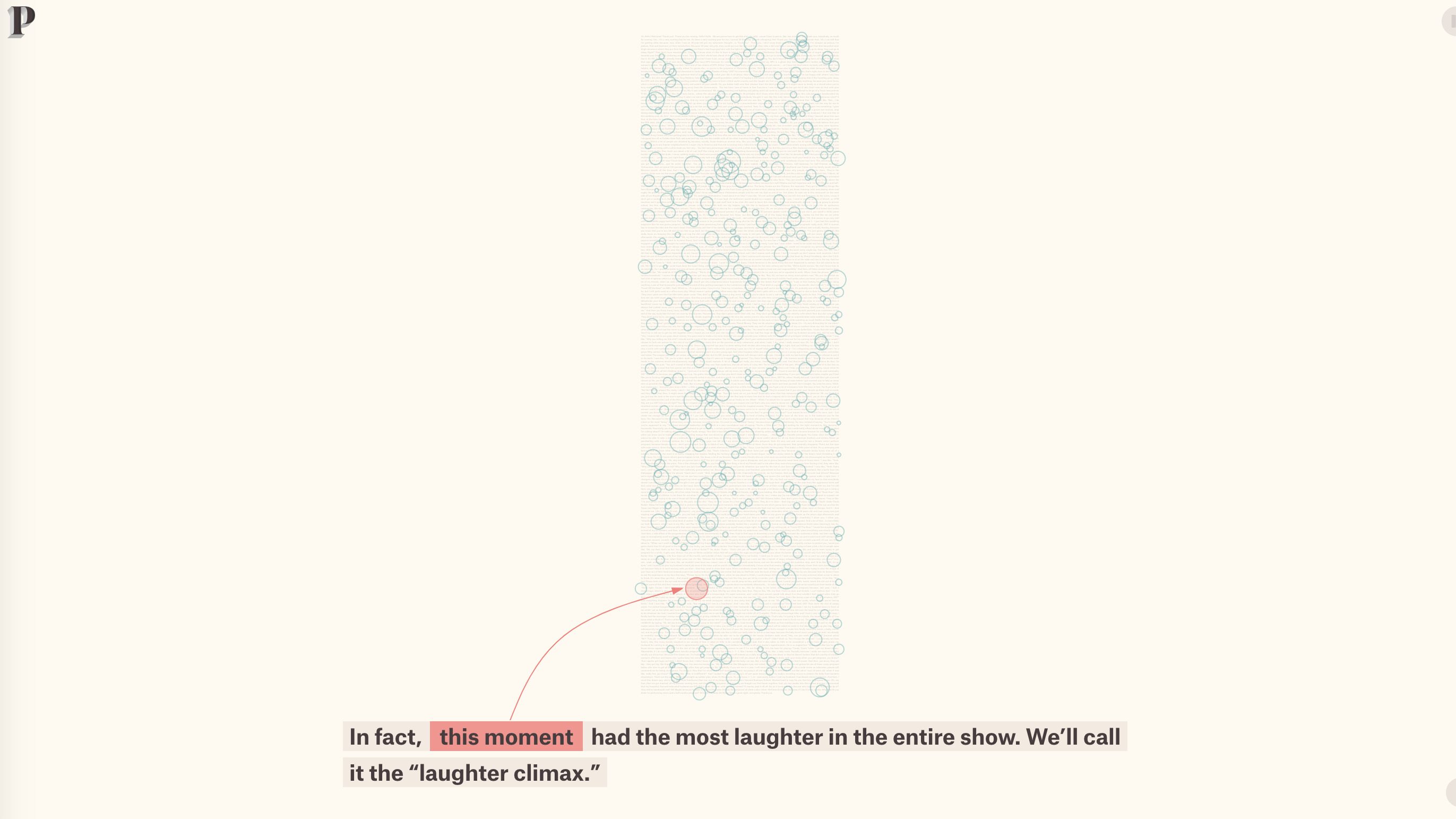 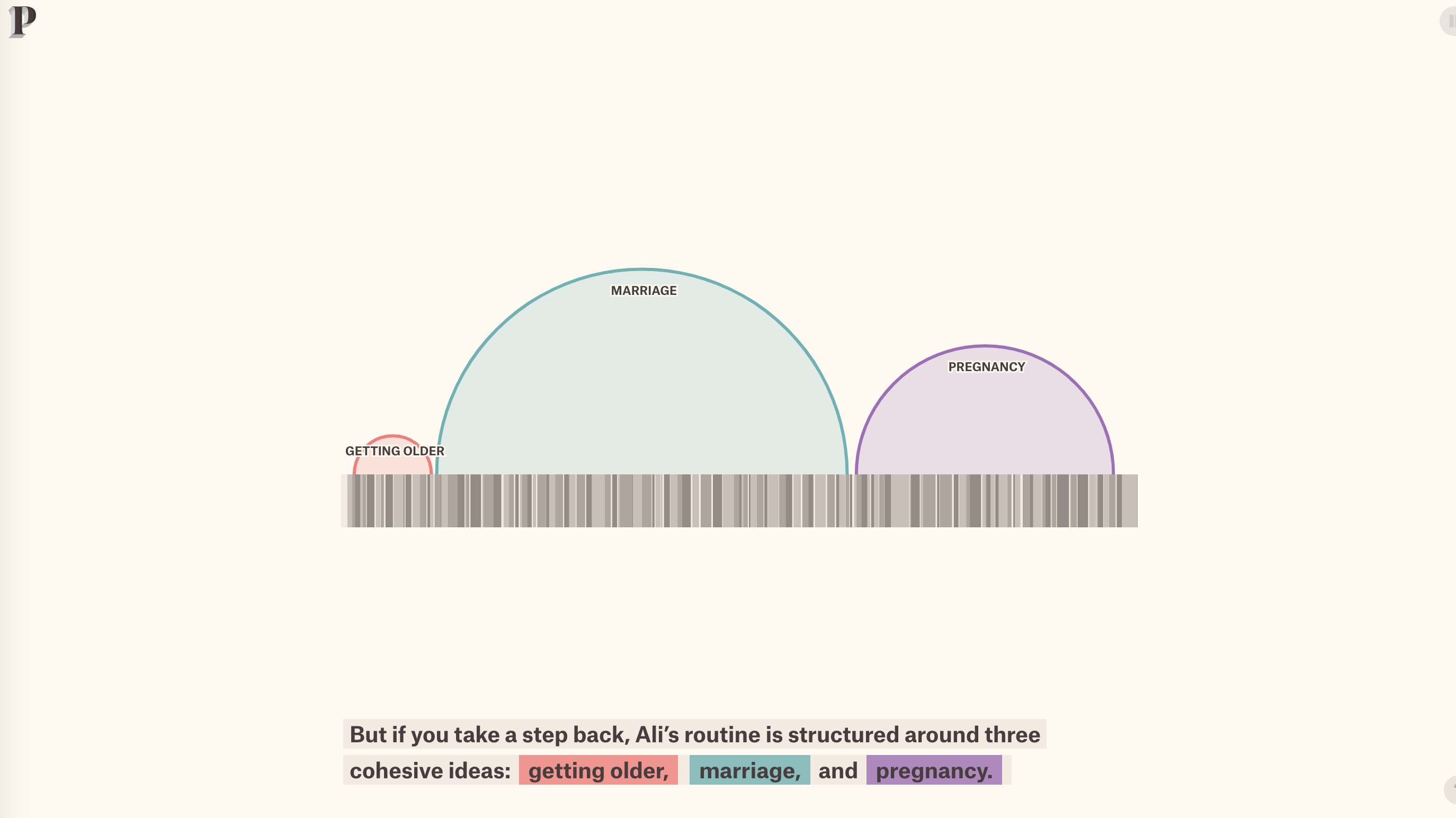 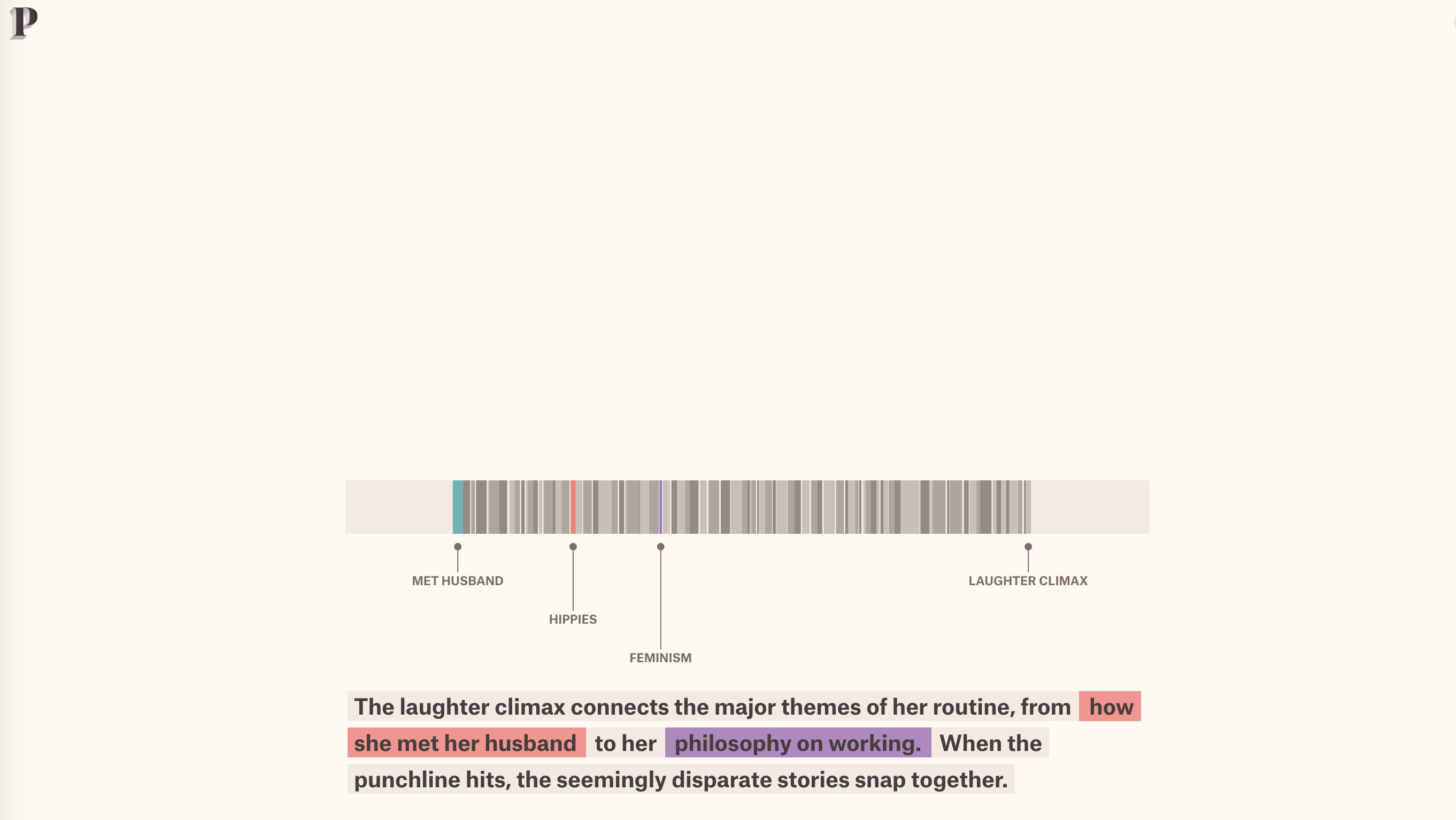 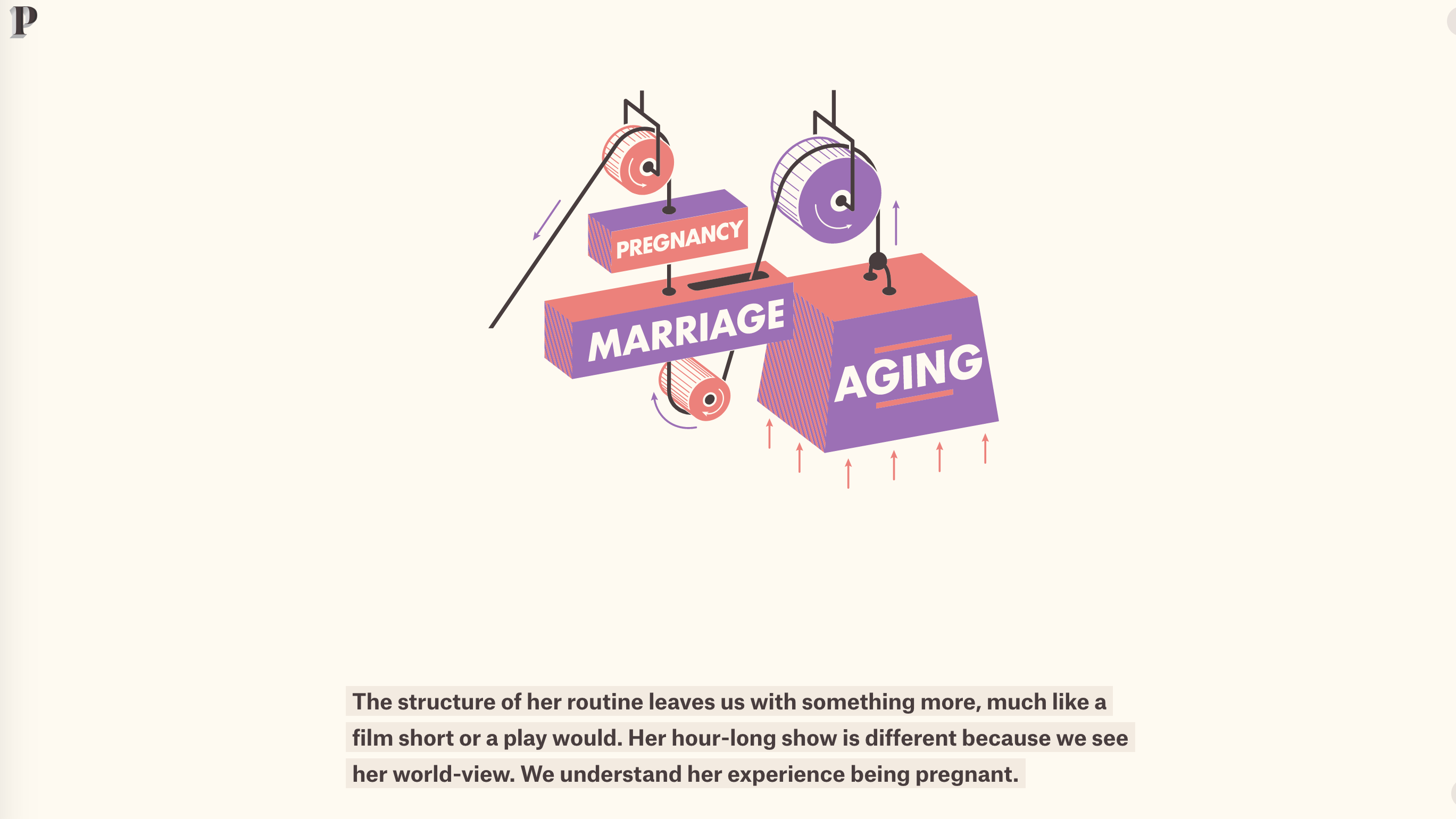 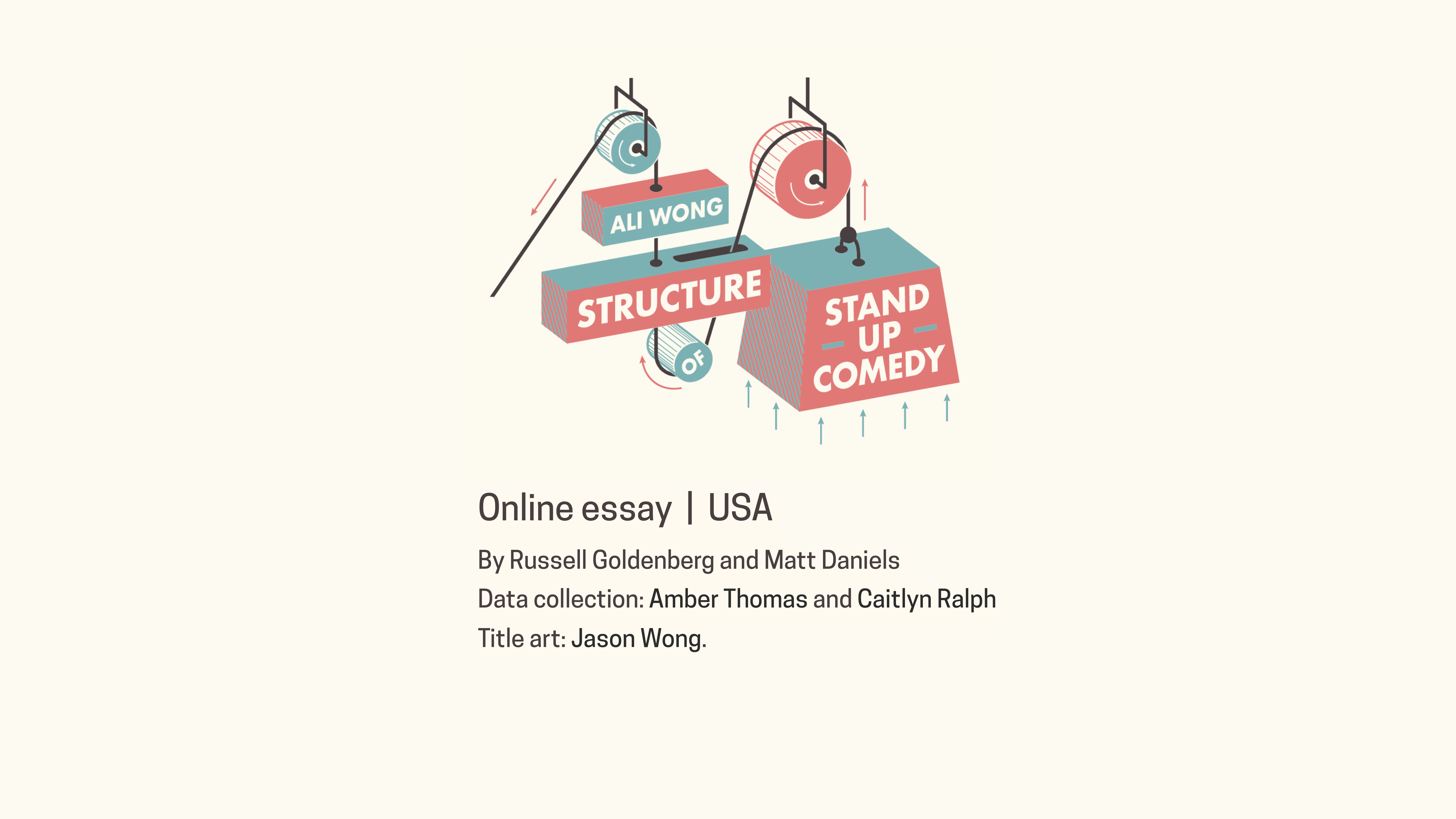 The Pudding explains ideas that are debated in our culture with visual essays. By wielding original datasets, primary research, and interactivity, they try to thoroughly explore complex topics.

Visual essays are an emerging form of journalism. Some of the most complex, debated topics get lost in “too long; didn’t read” 10,000-word articles. Visual storytelling makes ideas more accessible.

The goal of The Pudding is to advance public discourse and avoid media echo chambers. They’re not chasing current events or clickbait. They choose topics where visuals both entertain and inform. This means investing in research and ignoring news cycle noise. 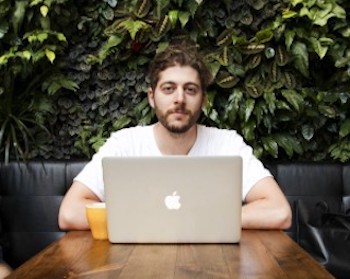 They’re also trying to advance the craft. Visual journalism is still in its infancy. It doesn’t have the established pattern language found in traditional reporting. Sometimes they’ll attempt an unfamiliar visual approach—not because it’s guaranteed to work, but because they won’t know until they try. Rarely do organizations have the liberty take such risks, yet they’re small enough to experiment in pursuit of quality.

Matt Daniels is a journalist-engineer and business lead/CEO at The Pudding. He first experienced Internet fame in 2014 and has been chasing that feeling ever since. 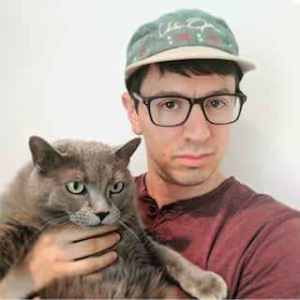 Russell Goldenberg is the editor at The Pudding. He is a fan of local currencies and thinks you should follow his cat Smokey on Instagram. He previously worked at The Boston Globe as a visual journalist, at the Engagement Lab at Emerson College making games for civic engagement, and on the Peabody award-winning and Emmy-nominated interactive documentary “Hollow.”

We created this story because after watching a lot of stand-up routines, we noticed a deeply nested and hidden structure that we thought could be revealing when codified and visualized.

What surprised you while you were making it?

The most surprising discovery was how expertly comedians weave together these seemingly wandering jokes and stories making subsequent jokes even funnier.

What was the most challenging thing you ran into?

There was no data that existed to analyze comedy, so we had to manually watch and encode multiple shows a few times over since we weren’t even sure what we were looking for. Since there is a lot of subjectivity involved, we had a few people process the same performance and then consolidate the discrepancies to a single dataset.

“Stand-up is transcending a stream of one-liners. Now, the best specials tell stories. Comedians can elevate their humor by weaving multiple stories throughout the set, and finding the perfect punchlines to tie them all together. . . . In ‘The Structure of Stand-Up,’ Goldenberg and Daniels find that narrative form makes jokes funnier: rather than simply setting up a joke, spiking the punchline, and moving on, comedians are crafting multi-plot stories, and snapping them together to bring screenplay-like satisfaction to comedy.”
— Storybench (Northeastern University School of Journalism)
“The effortless weaving of audio, graphics, and narrative storytelling into the stand-up comedy piece is this year’s example of multimedia storytelling at its best.”
— Society for News Design
“As always, The Pudding’s research is intricate and thorough, and it should prove eternally helpful for budding standups who might not realize just how unconsciously hardwired audiences are to the beats of traditional narrative. Time to bone up on that Aristotle, kids.”
— The A.V. Club