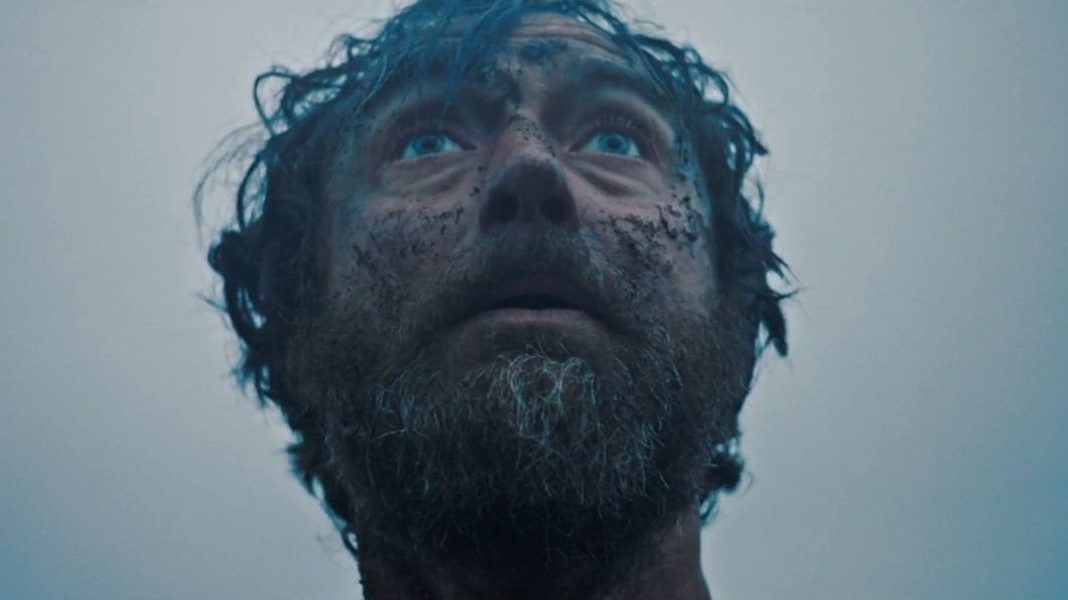 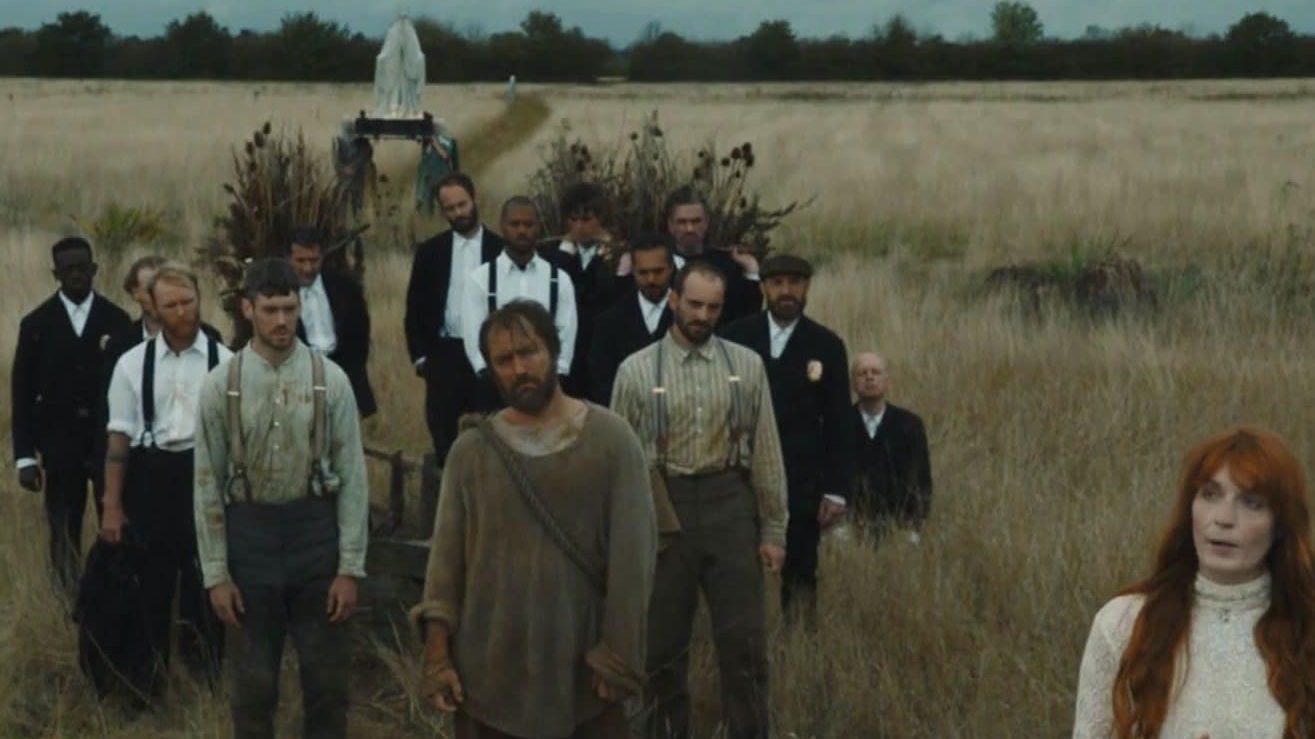 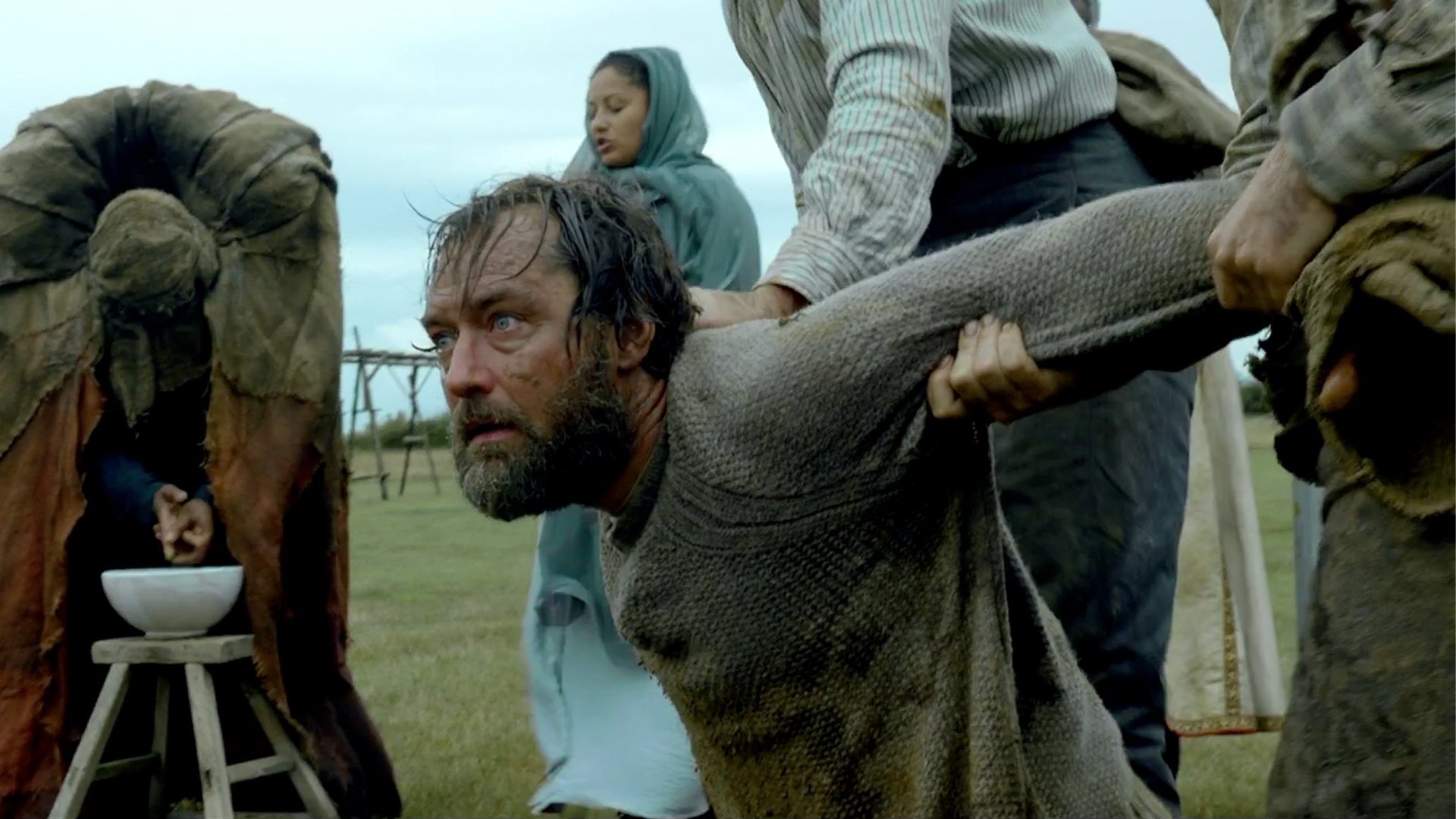 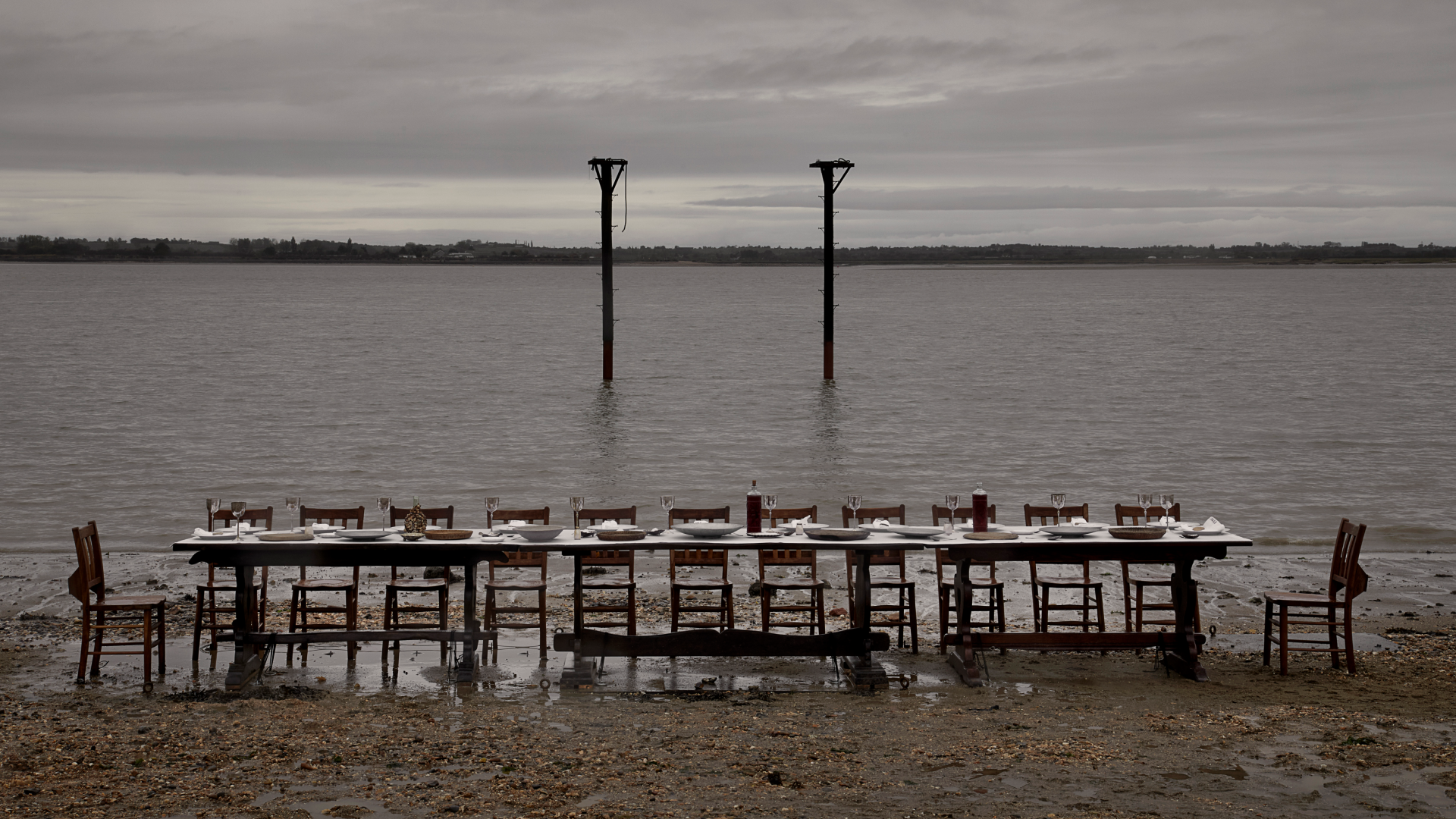 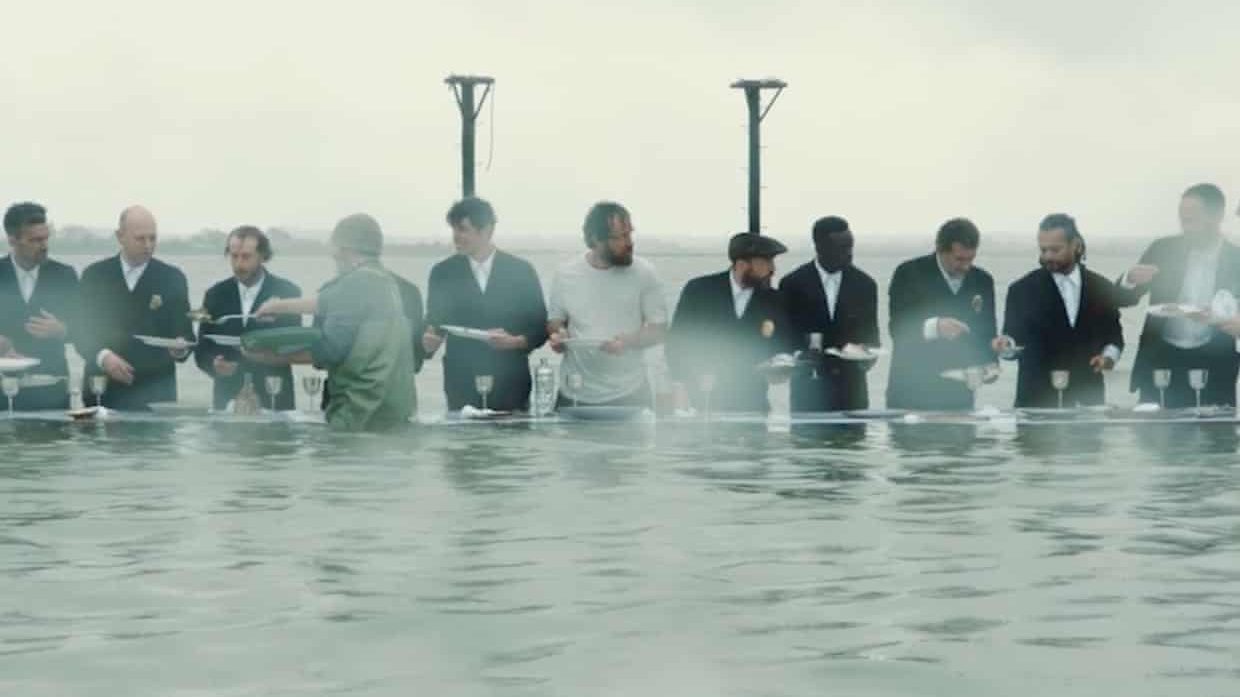 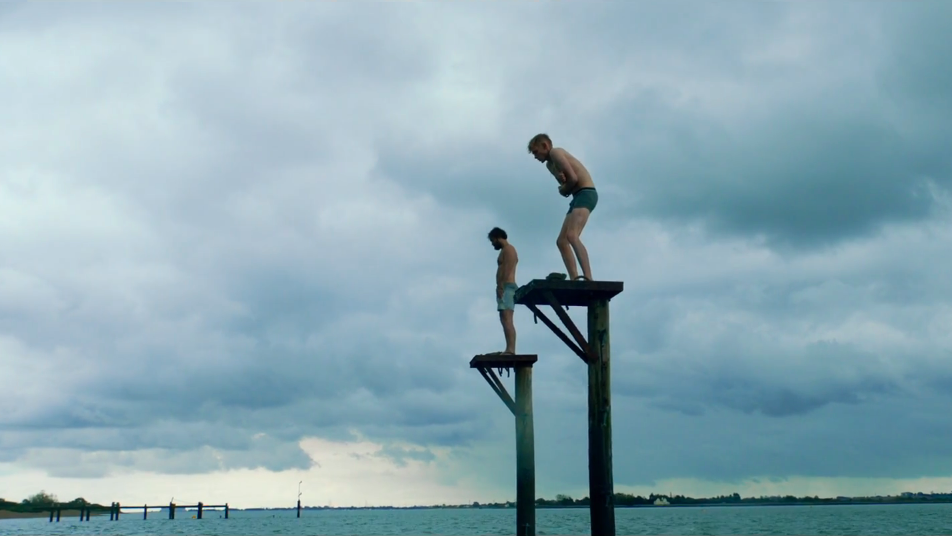 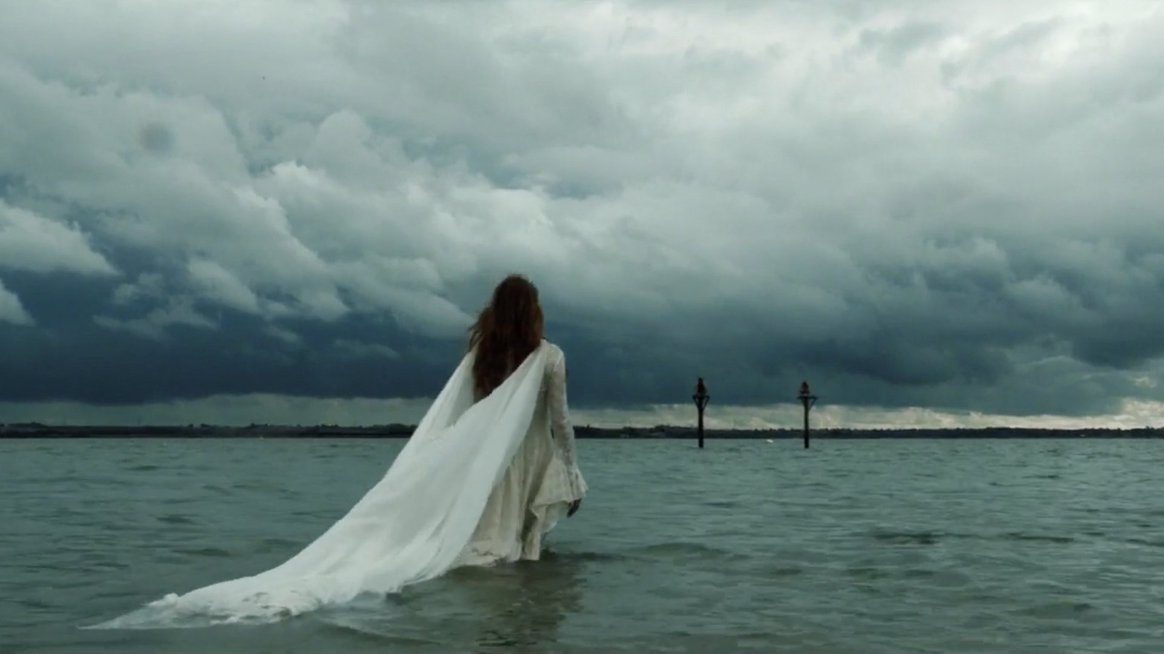 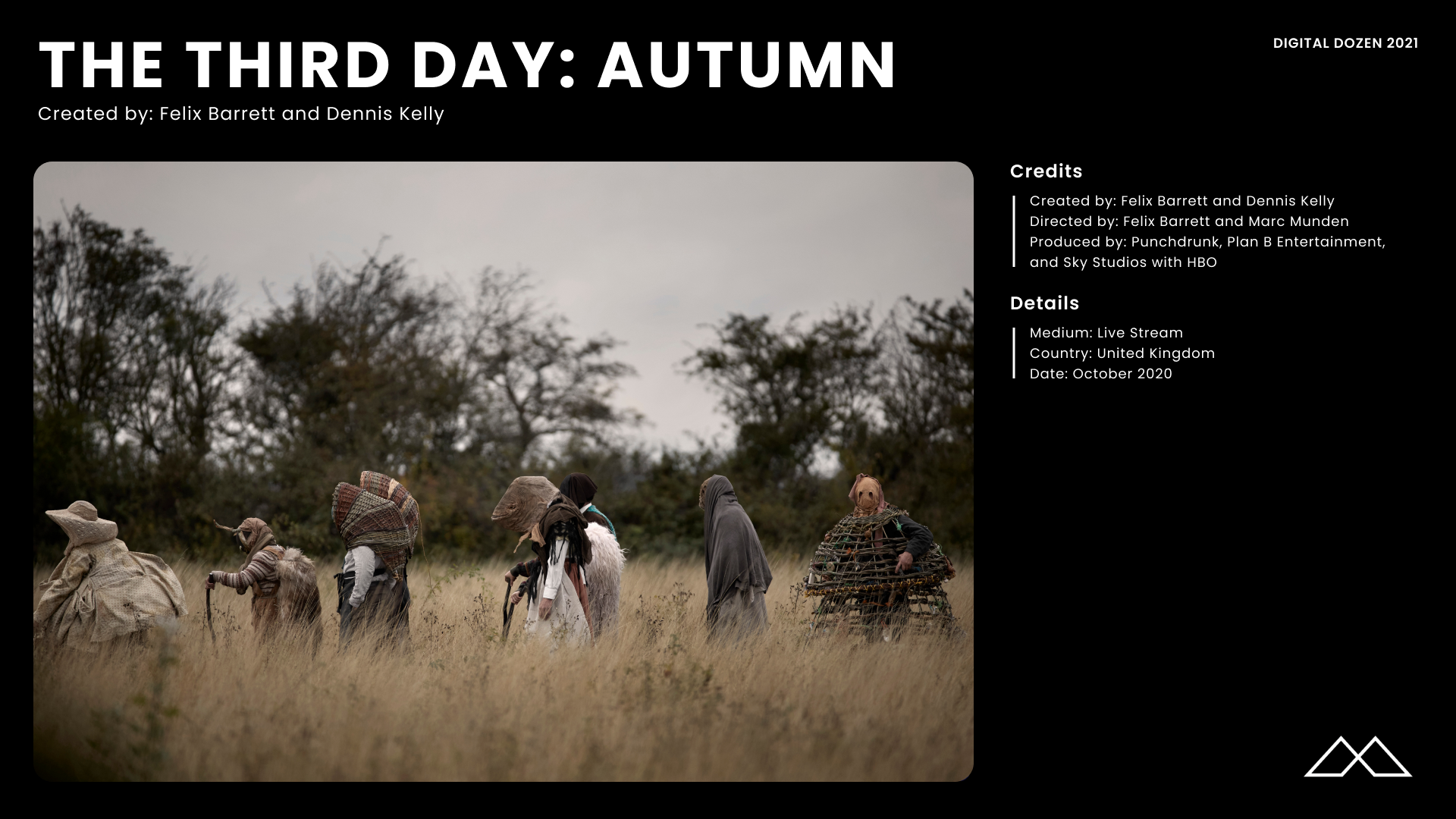 “When you’re making TV it’s very episodic and you’re in and out of character and hanging around while sets change. For this, they’ll be in character, without a break, for 12 hours solid. . . . What’s so exciting is the danger of it. We wanted to get the frisson of the live performance.”

Sky Atlantic’s The Third Day was a six-episode thriller that unfolded in two parts, Summer and Winter, both set on Osea Island, an isolated spot on the east coast of England whose only connection to the rest of the country is a causeway that lies underwater except at low tide. In between came Autumn, an experience that was unique in scale and ambition: a 12-hour live broadcast from the island that blended slow cinema with theater, transporting audiences from an episodic drama to a long-form durational viewing experience. Created along with the rest of the show by Felix Barrett of Punchdrunk and screenwriter Dennis Kelly, with Jude Law in the lead role and a special appearance by Florence Welch (of Florence and the Machine), the program took viewers deeper into the suspenseful world of Osea as the events of a single day unfolded in real time.

Autumn was intended to be something quite different. “Originally, it was planned to be a music festival with 10,000 people,” Barrett told Collider. “And then, during COVID, we thought we might lose it completely and there would be a hole in the middle of our show, all of these years in the making. So now, we’ve pivoted to, rather than 10,000 in the audience, to one audience, which is the single continuous take of the camera, charting the action of the day. It’s a very different format to the TV. It’s got a different rhythm.” Morphing from live event to event TV, it was watched by more than 1.4 million viewers on Sky Arts in the UK and over 500,000 people around the world on Facebook Live—Sky’s largest audience ever on that platform. 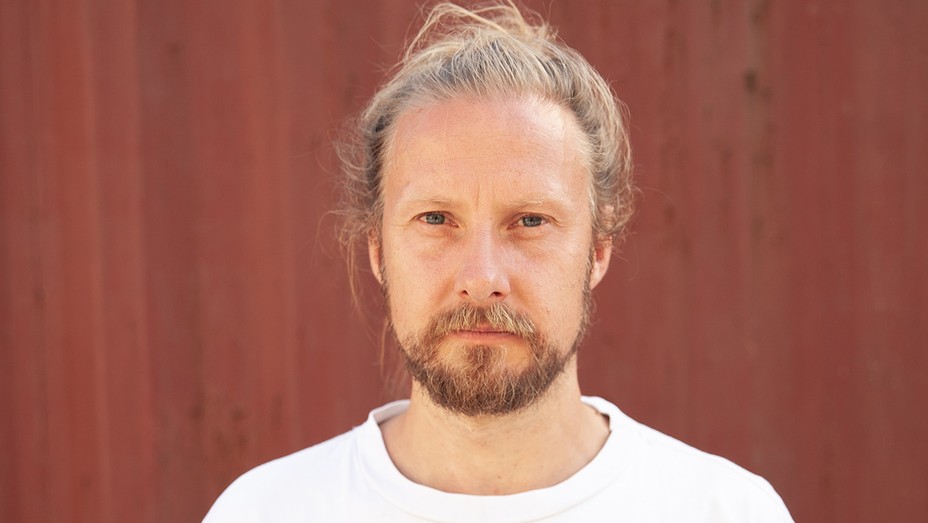 Felix Barrett is the founder and artistic director of the theater company Punchdrunk. With shows like Sleep No More and The Drowned Man: A Hollywood Fable, Punchdrunk has pioneered a game-changing form of immersive theater in which roaming audiences experience epic storytelling inside sensory theatrical worlds. Blending classic texts, physical performance, award-winning design installation, and unexpected sites, the company’s infectious format rejects the passive obedience usually expected of audiences. Punchdrunk has developed a phenomenal reputation for transformative productions that focus as much on the audience and the performance space as on the performers and narrative. Inspired designers occupy deserted buildings and apply a cinematic level of detail to immerse the audience in the world of the show.

Dennis Kelly grew up in Barnet, North London. He has written for theater, television, film and radio. His credits include the stage production Matilda the Musical, the series Pulling and Utopia, and the film Black Sea. He created The Third Day with Felix Barrett.

QUESTIONS FOR THE CREATORS

The Third Day was always intended to be the world’s first immersive television show. Originally, halfway through the series, viewers would have been invited to step into the real world of the programme and participate in a live event which further extended and drove the narrative of The Third Day. Following the pandemic, Punchdrunk needed to adopt a new approach to the live element and so the idea of the livestream was born. At a particularly challenging time for television production and live theatre, the programme involved a team of over 350 people and succeeded in creating a television moment which immersed audiences in something new and unexpected, defying genres and offering a truly communal experience for audiences worldwide

There were two particular challenges in creating this work. Firstly the Covid-19 pandemic meant that the concept of the project had to be reimagined in a very tight timeframe and the creating work during the pandemic brought a huge amount of challenges. Secondly, we were seeking to make a piece of cross-genre work which involved the challenge of three disciplines (live theatre, high-end television drama and live streaming) working together for the first time.
“Travel east of London toward River Blackwater and you’ll find Osea Island, a tiny spot that’s, in the past century, housed a military base, a rehab facility, and a recording studio favored by musicians trying to get away from it all. Or, arrive at the wrong time, and you might just find water. Only a narrow causeway connects Osea to the mainland, and then for just two four-hour stretches each day when the tide is out. Get stuck on the wrong side and you have to bide your time until nature clears the way. Not that Osea seems like a bad place to get stuck — at least the one that exists in the real world. The Osea of ‘The Third Day,’ well, that’s a different story.”
— TV Guide
“Part of the length is attributable to the episode’s ‘slow cinema’ approach. Otherwise known as ‘contemplative cinema,’ slow cinema is often non-narrative, and the people behind Autumn said the unbroken one-take required a change of style. After all, it’s not like Sam can realize he needs to talk to Jess, and then the episode cuts to them chatting; the live episode will also have to show him walking to find her.”
— IndieWire
“The most eventful thing that’s happened so far is a man on the back of a pickup truck eating a sausage sandwich, but I’d be lying if I said I wasn’t transfixed.”
— The Independent
“ ‘The Third Day: Autumn’ is a remarkable feat of live theatre and television, creating something that feels truly experimental, yet engaging; a mesmeric spectacle comprising surprisingly little, yet one that feels impossible to turn away from – largely due to a fierce performance from Law and beautifully consistent camera and sound work. With the future of the arts in Britain laden with increasing doubt, here is a much-needed reminder of the fantastic creative potential that still lies in abundance.”
— The Guardian