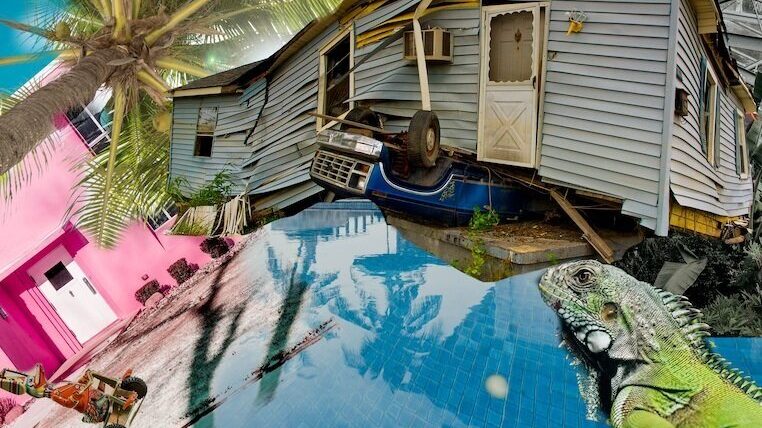 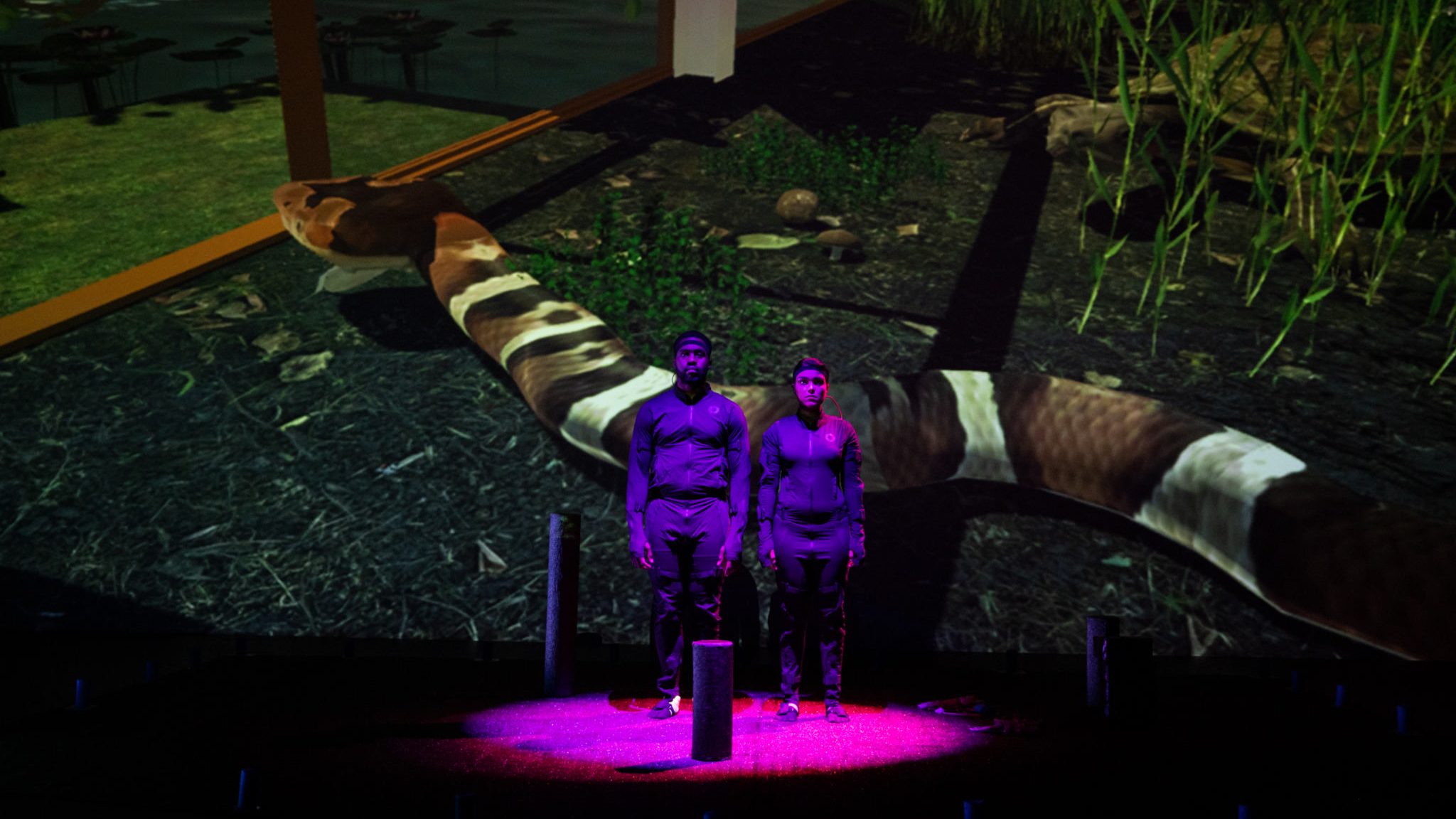 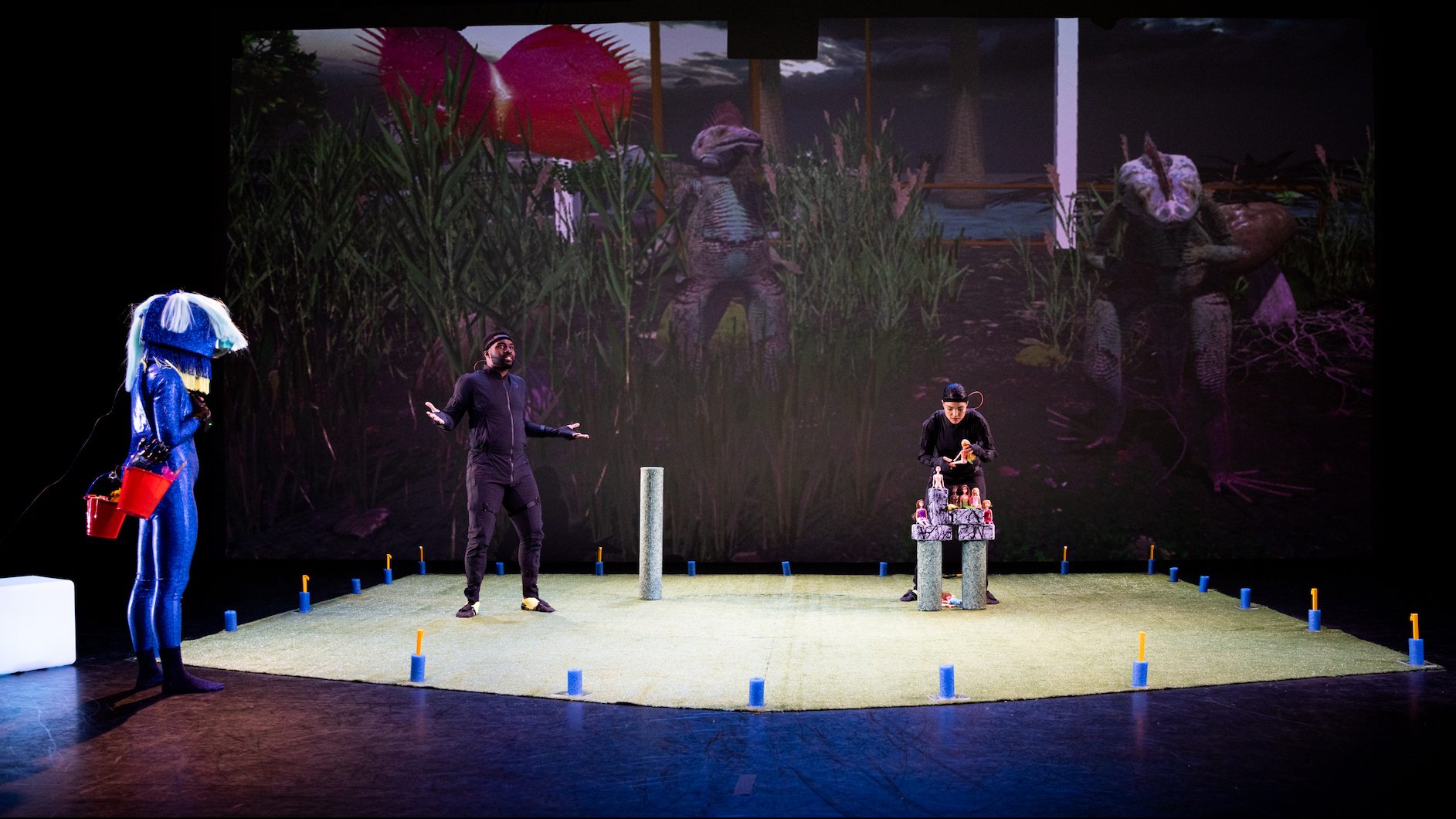 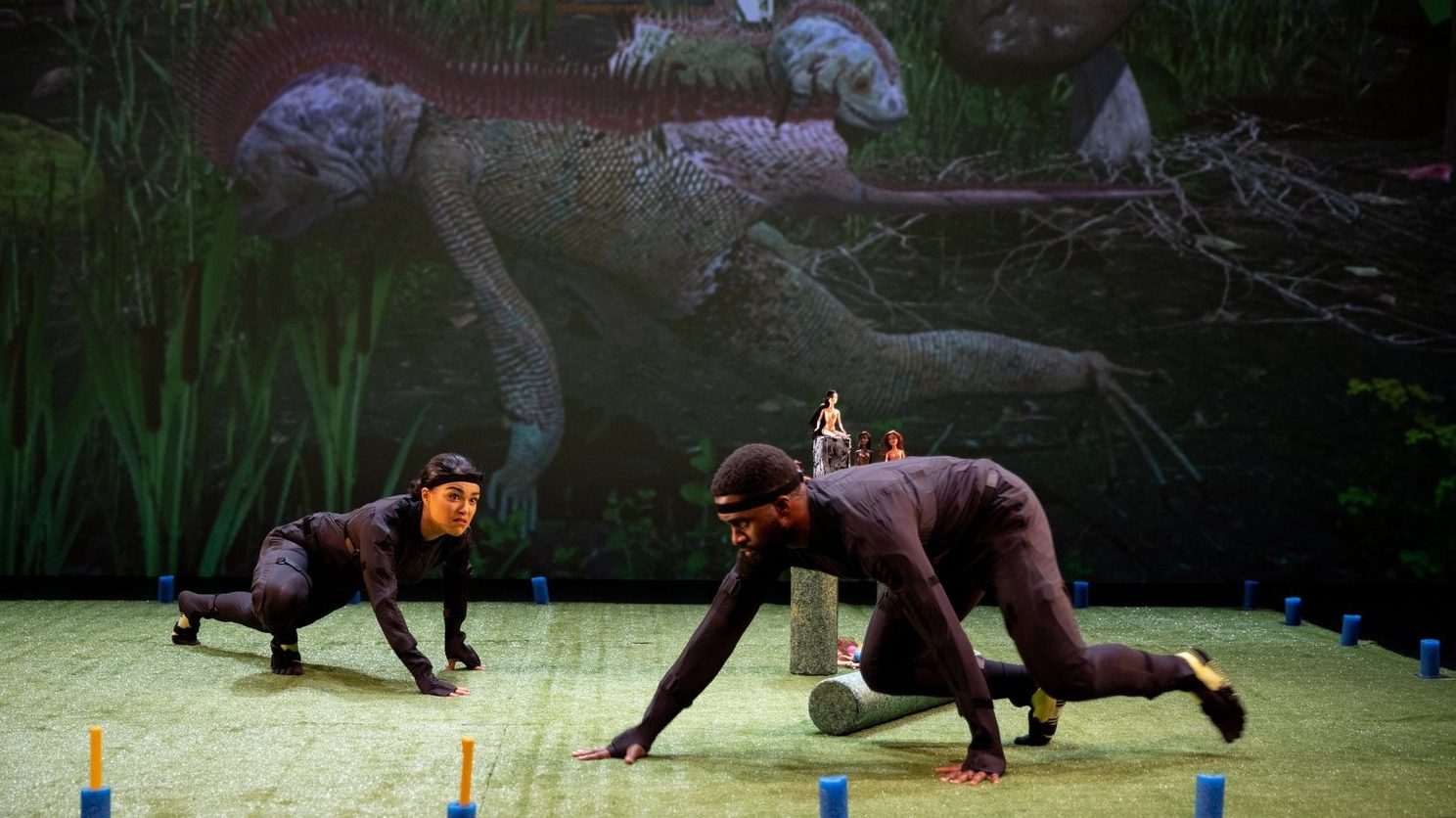 “Together with my collaborator, Heidi Boisvert, I am working on staging a play I wrote about people who are turning into lizards. The story is, of course, autobiographical.”

Environmentalists say we’re living in the anthropocene era, when human activity is having a dominant impact on the planet. But the creators of Lizardly, Heidi Boisvert and Kat Mustatea, have already jumped ahead to the post-anthropocene, when humans have to mutate if they’re going to survive the crisis they’ve caused—which is why the feuding couple at the center of Lizardly find themselves turning into lizards. In this live, mixed-reality play they explore the effects of AI, environmental collapse, and interspeciality.

Vincent and Rebecca’s marriage is falling apart as they brace for an oncoming hurricane and simultaneously turn into lizards. The play is set in a Miami in which humans have not been wiped out but have adapted to rapid environmental shifts by mutating into reptiles. Vincent and Rebecca have no choice but to weather the storm inside their smart home, a technological remnant named June whose functions (and malfunctions) they weaponize in an escalating domestic turf war.

The staging employs VR, motion capture and machine learning to create a vivid portrayal of hybrid humans in a posthuman world. The characters influence their surroundings through their gestures, triggering transformations in the environment.

The show can be viewed concurrently in two ways—as an in-person theatrical experience with live actors in a projection-mapped environment, and as digital experience in VR. A live audience is able to see the live performers in mocap suits as well as the lizard avatars they control in a lush, terrarium-like environment in VR. Part of the excitement of this staging lies in being asked to navigate between two realities, between synthetic and natural ecologies, between human and lizard-like bodies and gestures.

Kat Mustatea is transmedia playwright and artist whose language and performance works enlist absurdity, hybridity, and the computational uncanny to dig deeply into what it means to be human. She has written plays in which people turn into lizards, a woman has a sexual relationship with a swan, and a one-eyed cyclops tries to fit into Manhattan society by getting a second eye surgically implanted in his head.

Heidi Boisvert is  an interdisciplinary artist, experience designer, creative technologist, and academic researcher who interrogates the neurobiological and socio-cultural effects of media and technology. She studies the role of the body, the senses, and emotion in human perception and social change.

“Vincent and Rebecca’s marriage is falling apart as they brace for an oncoming hurricane—and if that’s not bad enough, they are also turning into lizards. Set in post-anthropocene Miami, the drama unfolds in the aftermath of various ecological cataclysms: rising oceans, aggressive mold, bio-engineered flora that conduct electrical current. Humans have not been wiped out so much as they have adapted to rapid environmental shifts by mutating into lizards. Vincent and Rebecca have no choice but to weather the storm inside their smart-home, a technological remnant named June whose functions (and malfunctions) they weaponize in an escalating domestic turf war.”
— New York Live Arts