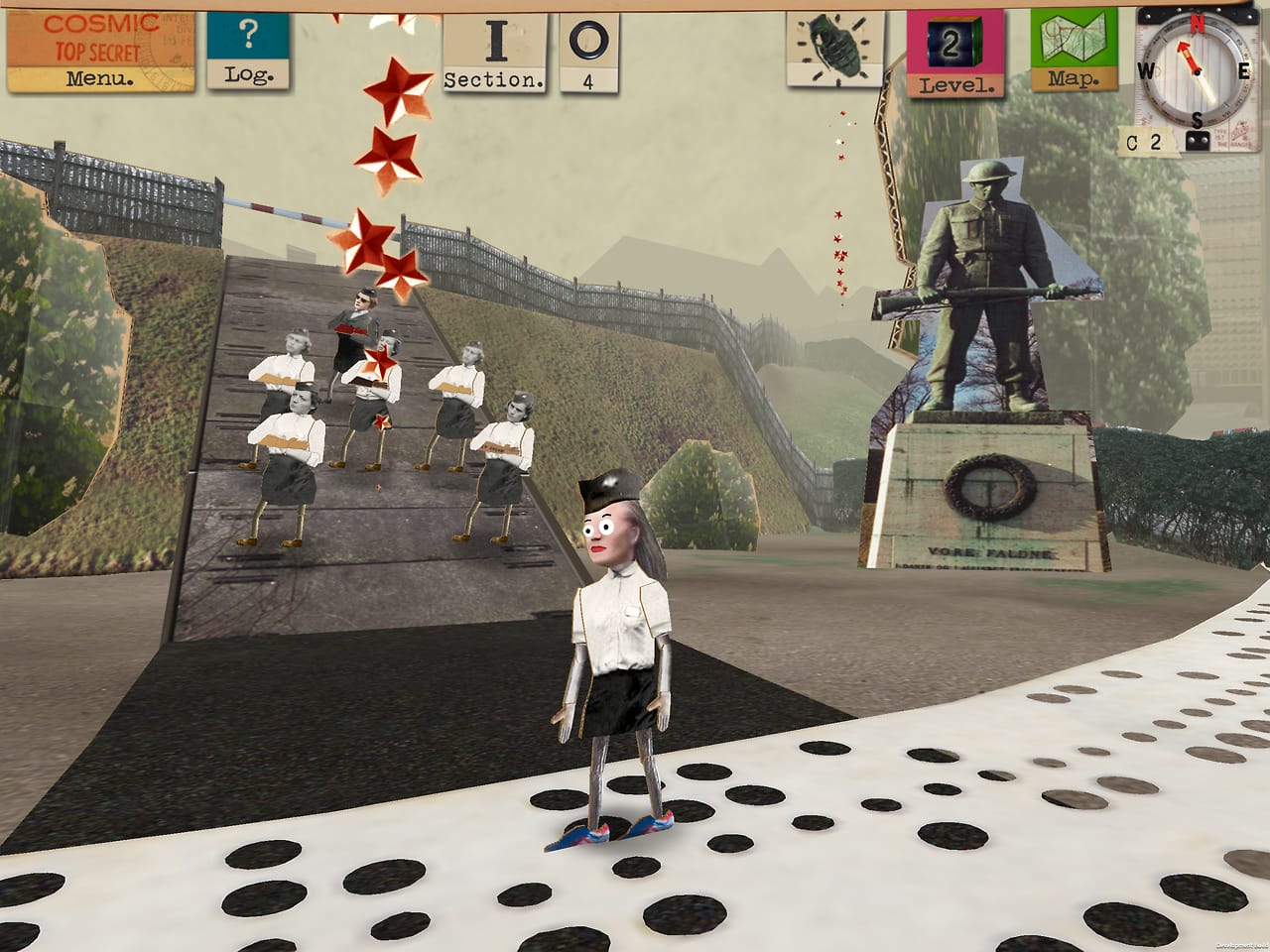 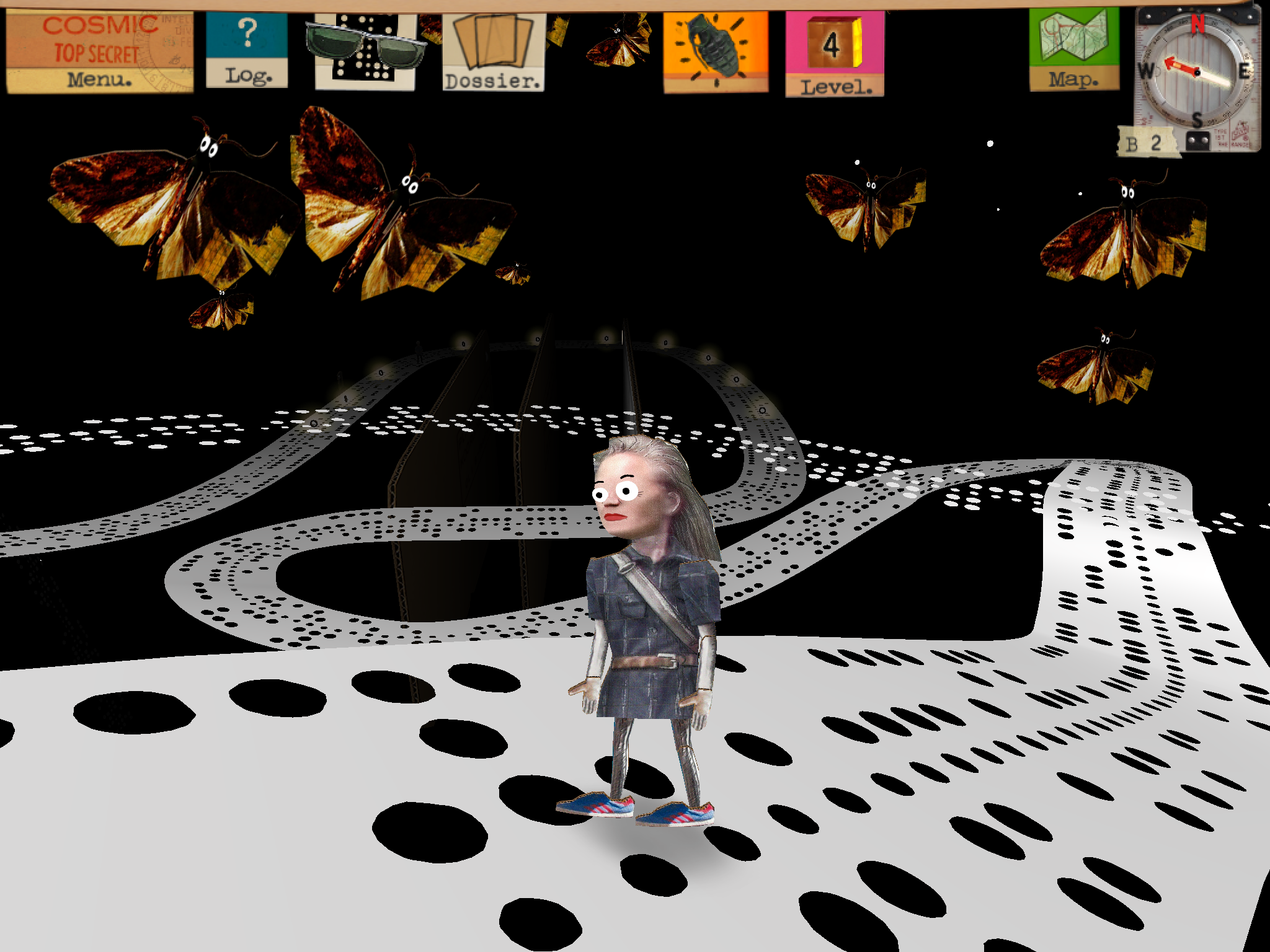 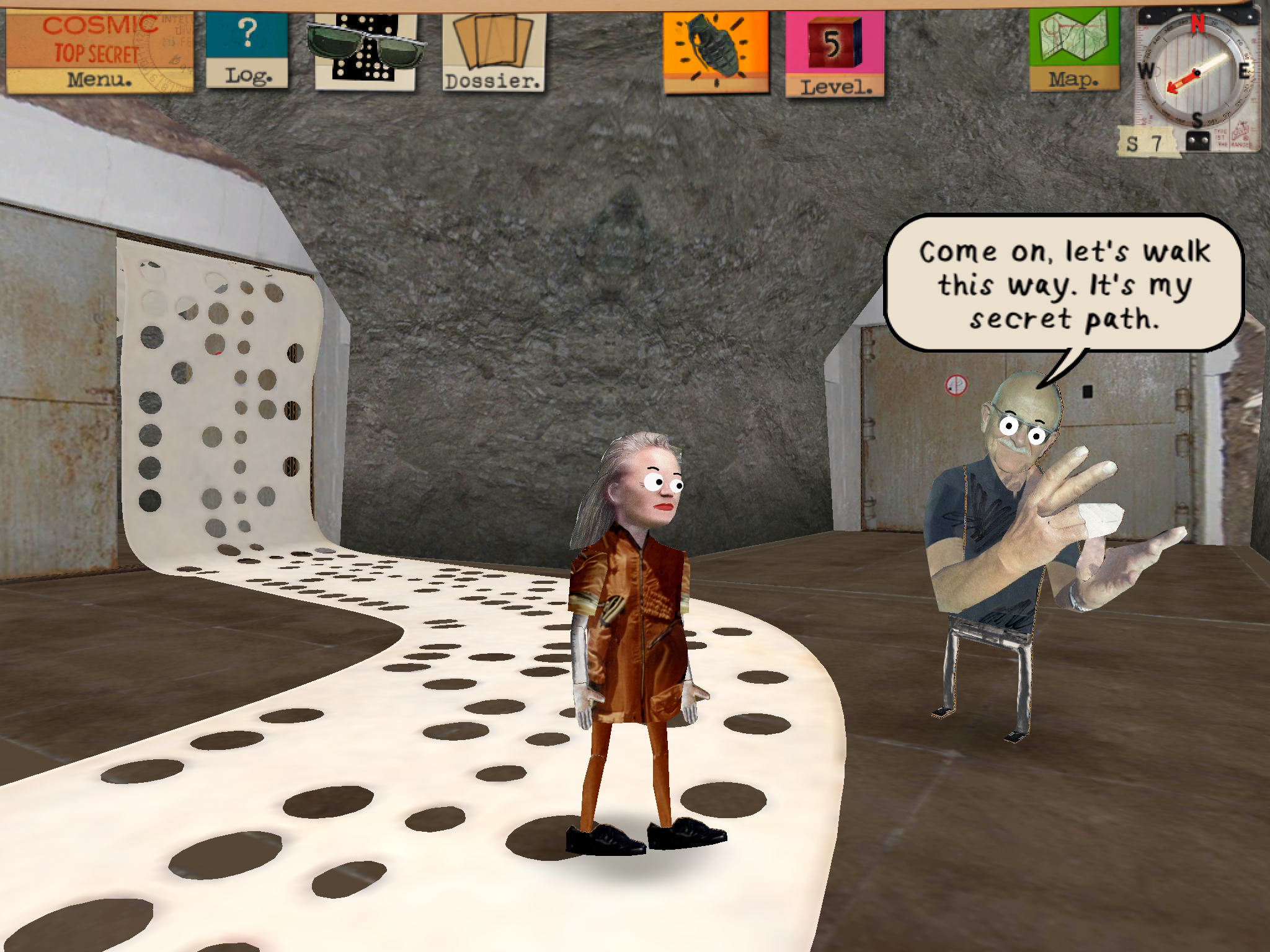 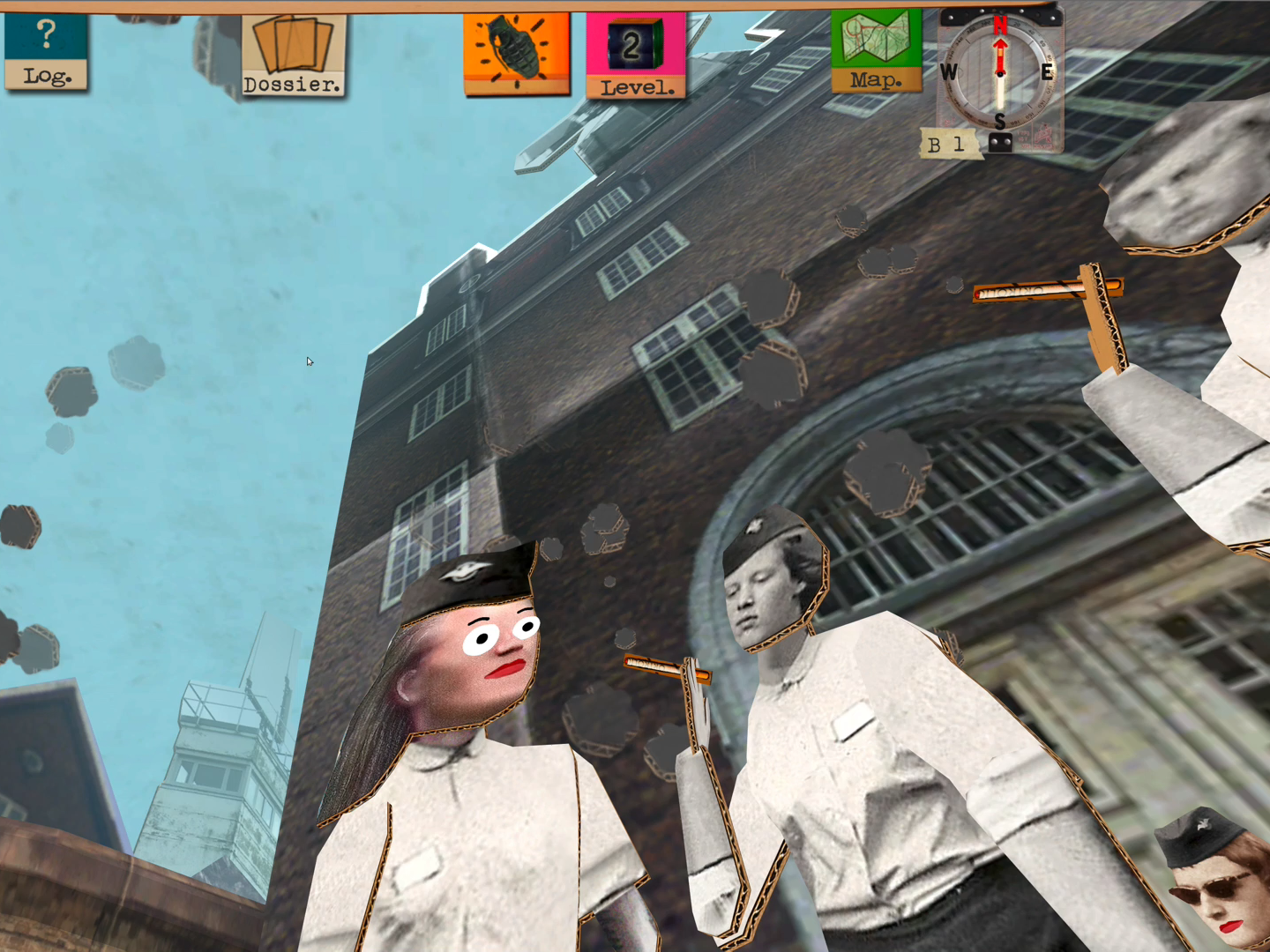 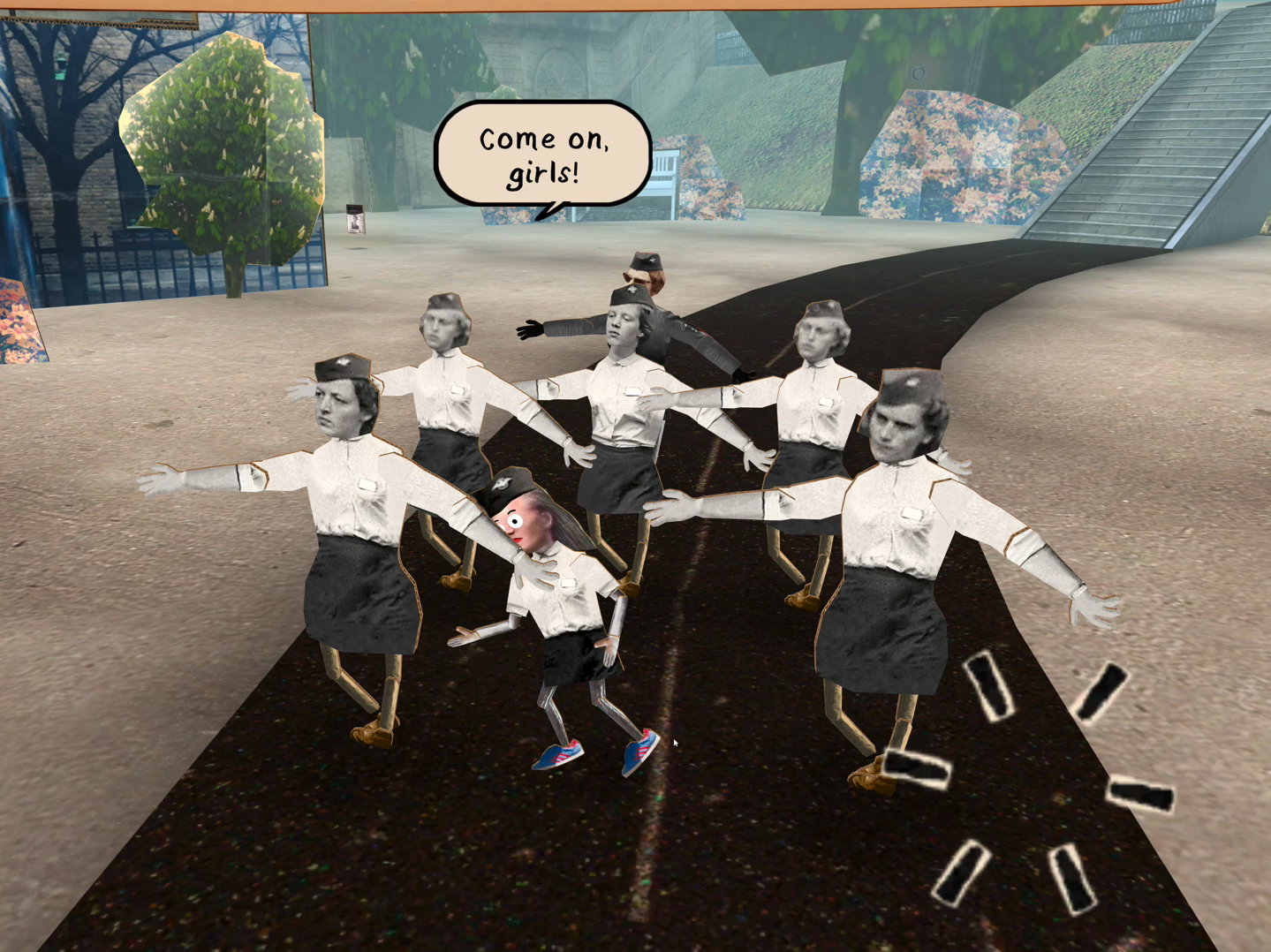 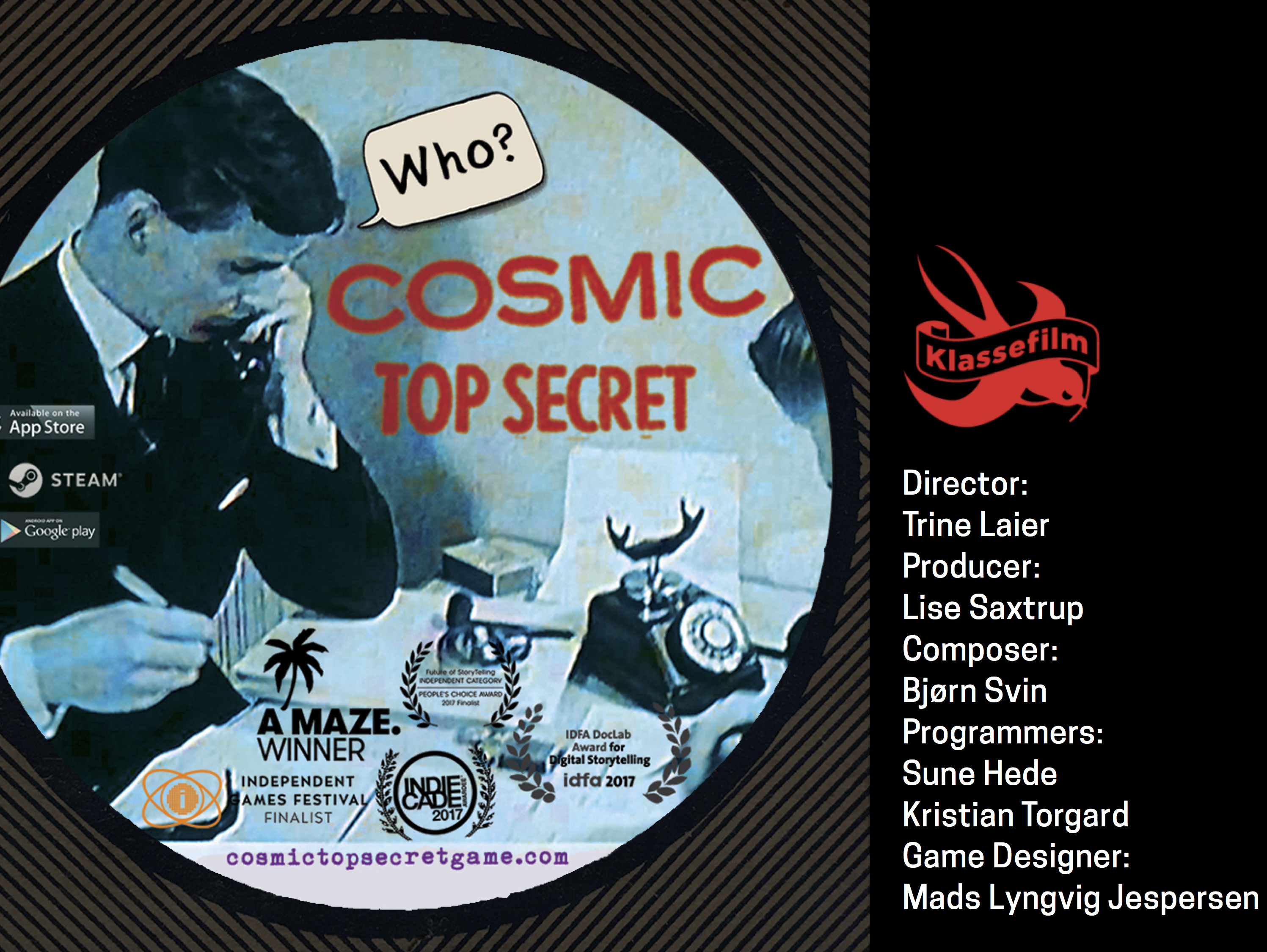 Trine Laier just wanted to know what her parents did during the Cold War. The result, years later, was Cosmic Top Secret, a game in which she appears as T., a teenager trying to uncover the truth about her father’s work with Danish Intelligence—and, as it turns out, her mother’s as well. The player pieces together the story as T. ventures uncertainly into a journey of discovery that brings her face to face with an atomic war that never happened yet still wounded a family. Based on audio recordings Laier recorded during her real-life investigation, Cosmic Top Secret combines human relationships, 20th-century history and elements of the surreal to form a complex and challenging gaming experience.

“When Trine Laier, a director at Those Eyes, found out her dad might have done ultra classified work for the Danish Security and Intelligence Service, she decided to investigate. She turned what she found first into a thesis film for the National Film School of Denmark, and then into a game. The main character is a fictionalized version of Laier. She’s referred to only as ‘T’ and she appears as a cardboard cutout with googly eyes. When T moves around, she turns into a crumpled paper ball and rolls to and fro. The entire world has a surreal mixed-media aesthetic, looking like a collage of torn cardboard, scribbles, animated stickers, and cartoony colors. . . .

“Lise Saxtrup, founder of Klassefilm and Cosmic Top Secret’s producer, says that telling Laier’s story as a game seemed completely natural. . . . ‘The story could probably also have been told in a film, but it would have been a completely different story, where you don’t do the story but are having it told to you.’”

Previous
Did You Mean MailChimp?