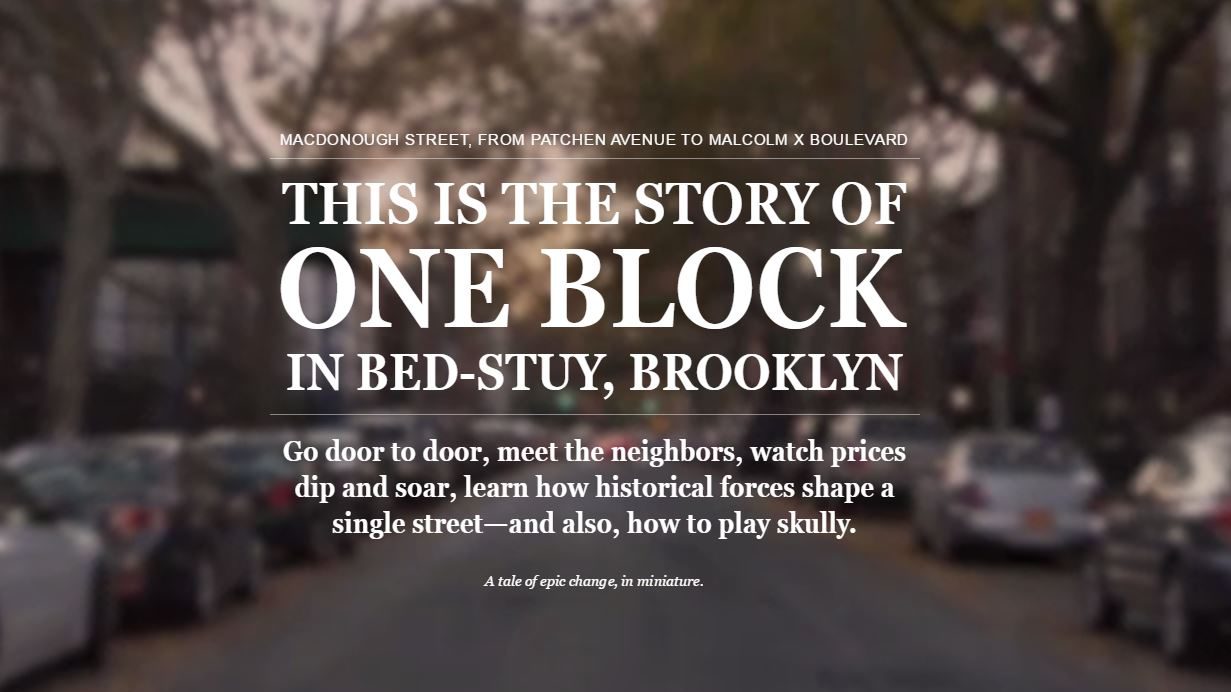 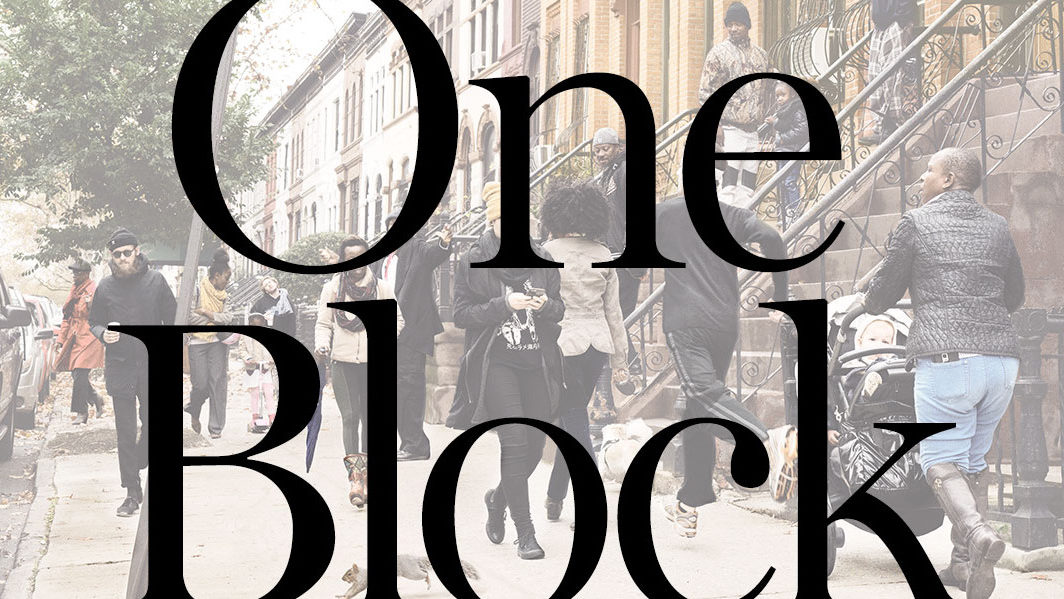 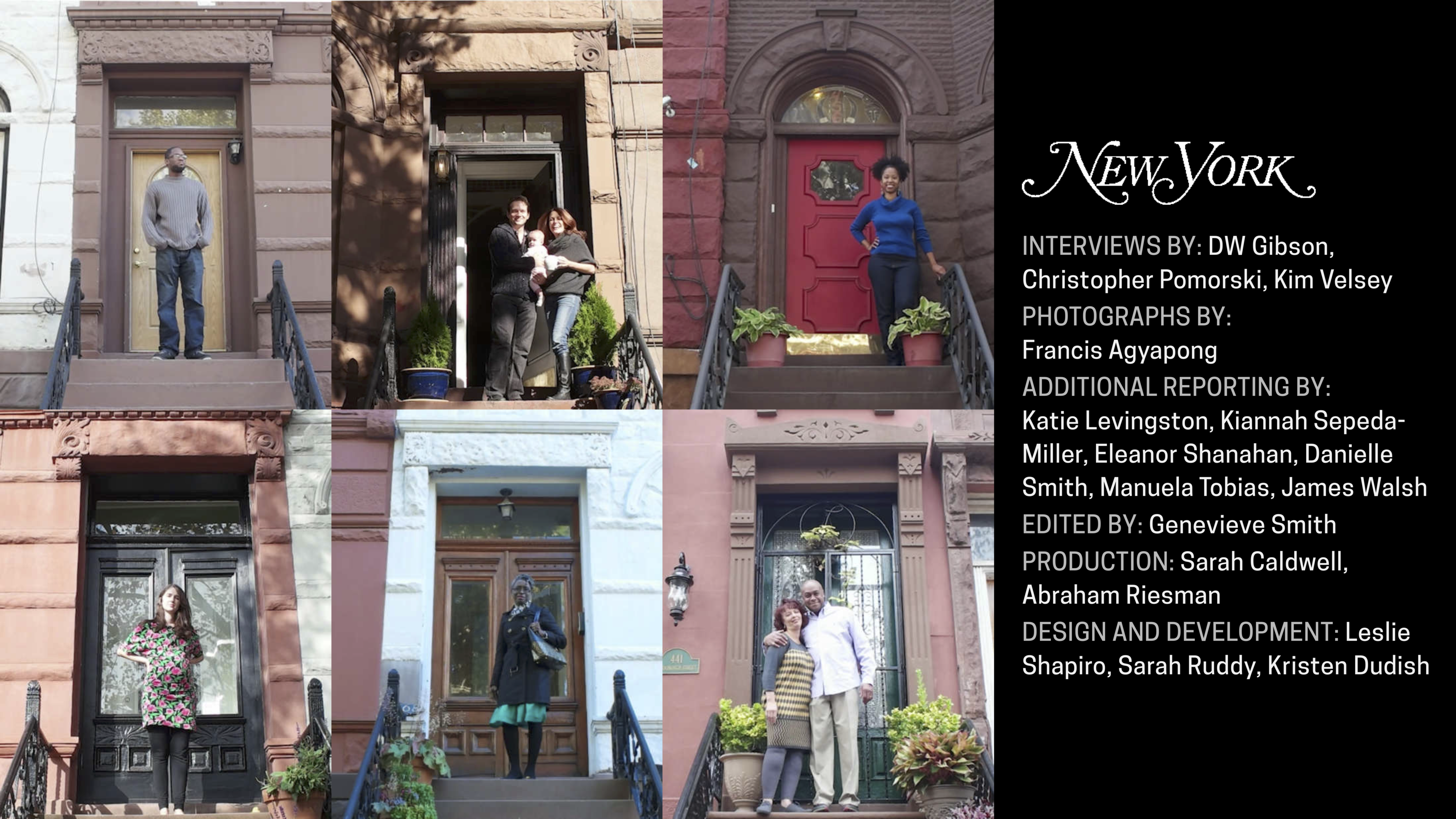 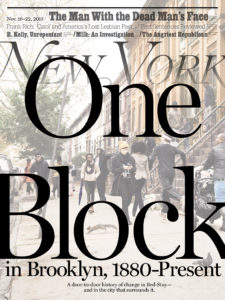 One of the biggest questions raised by digital journalism is also one of the most basic: How to tell a story? Freed from the linear progression of print, stories risk becoming confusing and disjointed. Or, possibly even worse, they reappear as slavish imitations of their former selves. This is the dilemma New York magazine’s editors faced when they set out to tell the story of gentrification in Brooklyn.

The basic storytelling mechanism was the same in print and online: Focus on a single block in Bed-Stuy, the inner-city Brooklyn neighborhood that had been redlined by banks since the 1940s but was now becoming a magnet for gentrification. Billed as “a tale of epic change, in miniature,” the story introduces readers to the residents of MacDonough Street between Patchen Avenue and Malcolm X Boulevard, where intact 19th-century brownstones that would have sold for $18,000 in the 1970s ($82,000 in 2016 dollars) were by this time going for upwards of $1.5 million. But in this case it’s the print version of the story, presented in blocks of text, that seems disjointed; online, the nonlinear narrative feels fluid and natural.

“You can read and hear the residents’ own stories in their own words as you travel down the block door-by-door,” the editors wrote in their introduction. “And the many connections between neighbors, memories, history, and sweet-potato-pie recipes are rendered here as literal links, digitally. The stories can be read in any order. Together, they reveal what it means to be neighbors on MacDonough Street, circa 2015.”

“This Is the Story of One Block in Bed-Stuy, Brooklyn” also received a National Magazine Award for Multimedia.

“From the moment you load the page of New York Magazine’s award-winning multimedia story ‘One Block,’ you feel like you’ve been invited to hang out on this little stretch of Brooklyn’s MacDonough Street. A video banner at the top cruises down the block, like you’re in a car looking at its brownstones with cozy stoops and hoping to get a parking spot. An old photo catapults you back to the tight-knit neighborhood in the 1970s, when block parties kept the street bustling with life—and some of the younger people in the picture, we learn, might even still live there. These features would no doubt feel at home in a standard text-based story. But at the bottom of the page, several doors open and strangers appear; at this point, the piece suddenly becomes more interactive. These strangers literally present themselves to the reader. . . .

“‘One Block’ showcases the narrative possibilities in multimedia journalism that simply aren’t present in more one-dimensional reporting (whether it be text, video or audio). The immersive, interactive result is a tantalizingly granular and ‘nonpartisan’ take on a single block of Bed-Stuy that nonetheless raises some pretty complicated issues regarding race, gentrification and urban life. . . . Here, the hyperlink represents a human connection; at any given moment, you can choose to follow one to the other side, where you’ll meet a resident of the house across the street, get a neighbor’s take on what life in Bed-Stuy used to be like, or even learn how to play skully.”